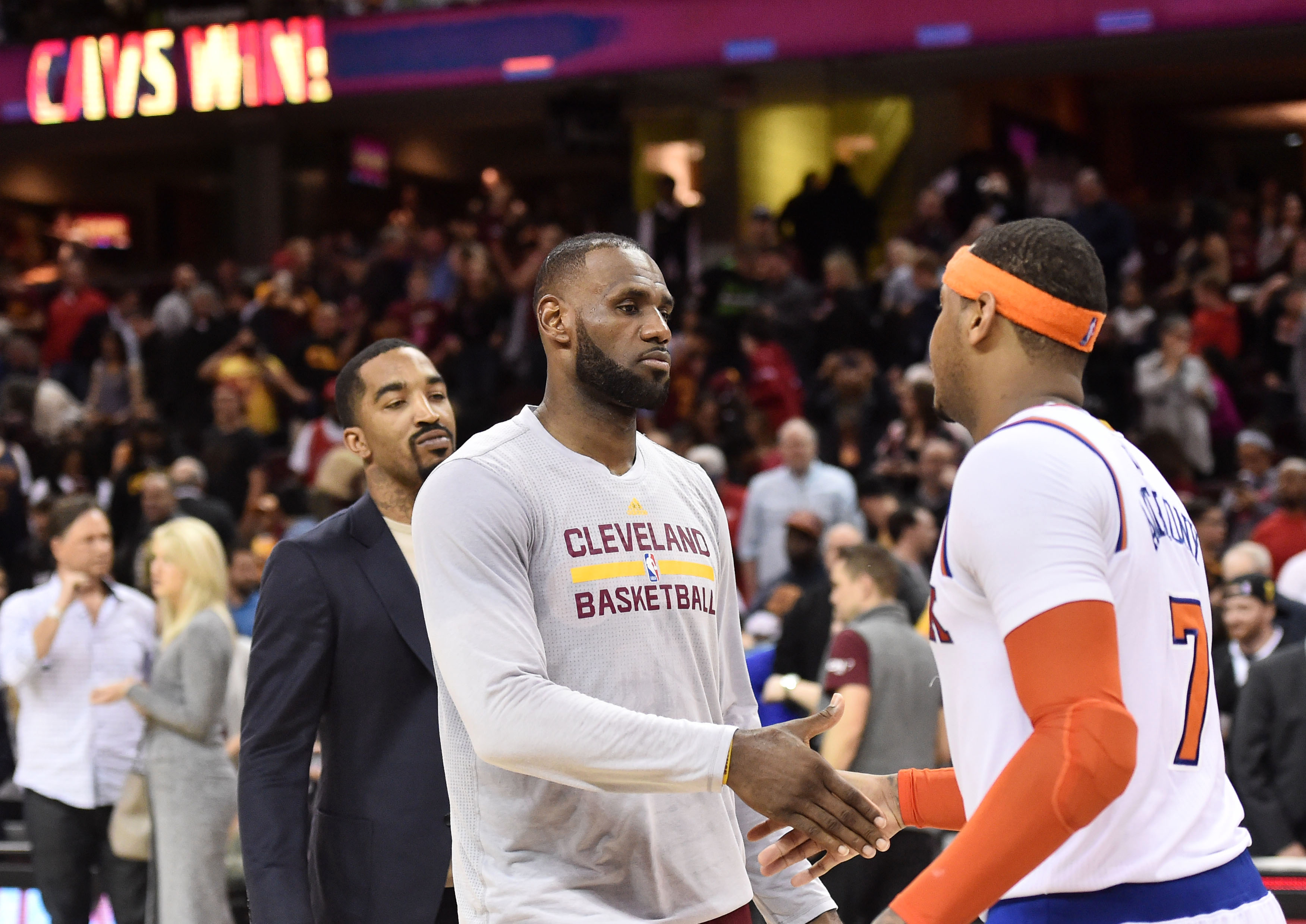 Those that are “in the know” appear to believe that Carmelo Anthony is a lock to join the Lakers, and a recent meeting with LeBron James gave fuel to that theory.

James was seen out and about in NYC with his wife, and eyebrows were raised when he was seen leaving a popular steakhouse. James and his wife departed the restaurant at the same time Carmelo Anthony and La La did, so it appears they had a couples dinner date.

James and Melo are banana boat bros, and it appears that Anthony could be headed toward the Lakers sooner than later. The Rockets will surely be happy to release him.

[For the full video, head over to TMZ Sports and give it a watch over there.]