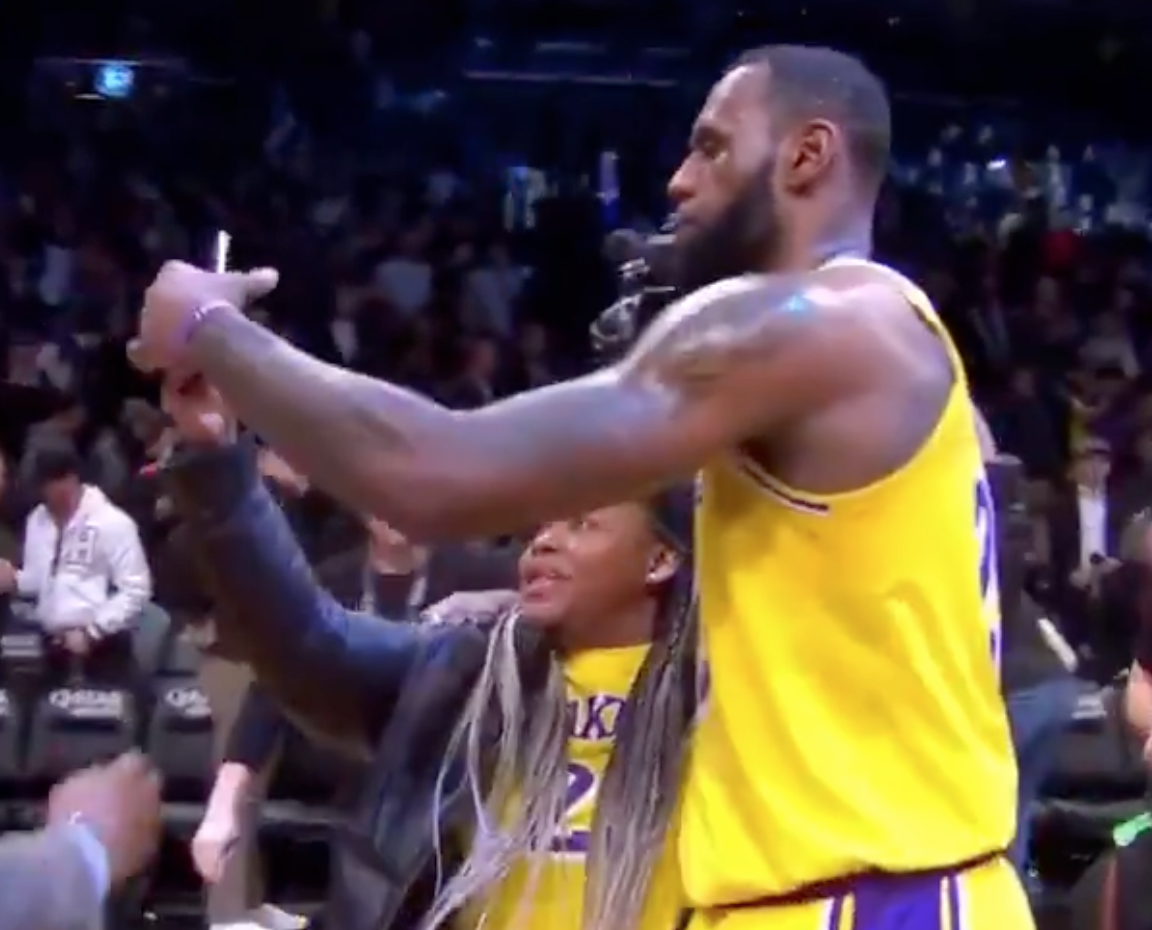 LeBron James, given his superstar prowess, and larger-than-life personality, tends to draw quite the following no matter where he plays.

Sunday’s game at Capital One Arena had more fans than the Wizards have probably seen all season — the problem is that most of them were wearing Lakers gear.

The Lakers-Nets matchup at Barclays Center on Tuesday had plenty of Lakers fans as well — one of which ran onto the court and snuck behind security to approach LBJ for a photo. James didn’t appear to be in good spirits after the loss, but he still found time to snap a selfie with her, which was pretty cool of him.

Bron takes a selfie with a fan who ran onto the court pic.twitter.com/cAmWqSItsz