Wizards lay an epic egg on the road against Hawks 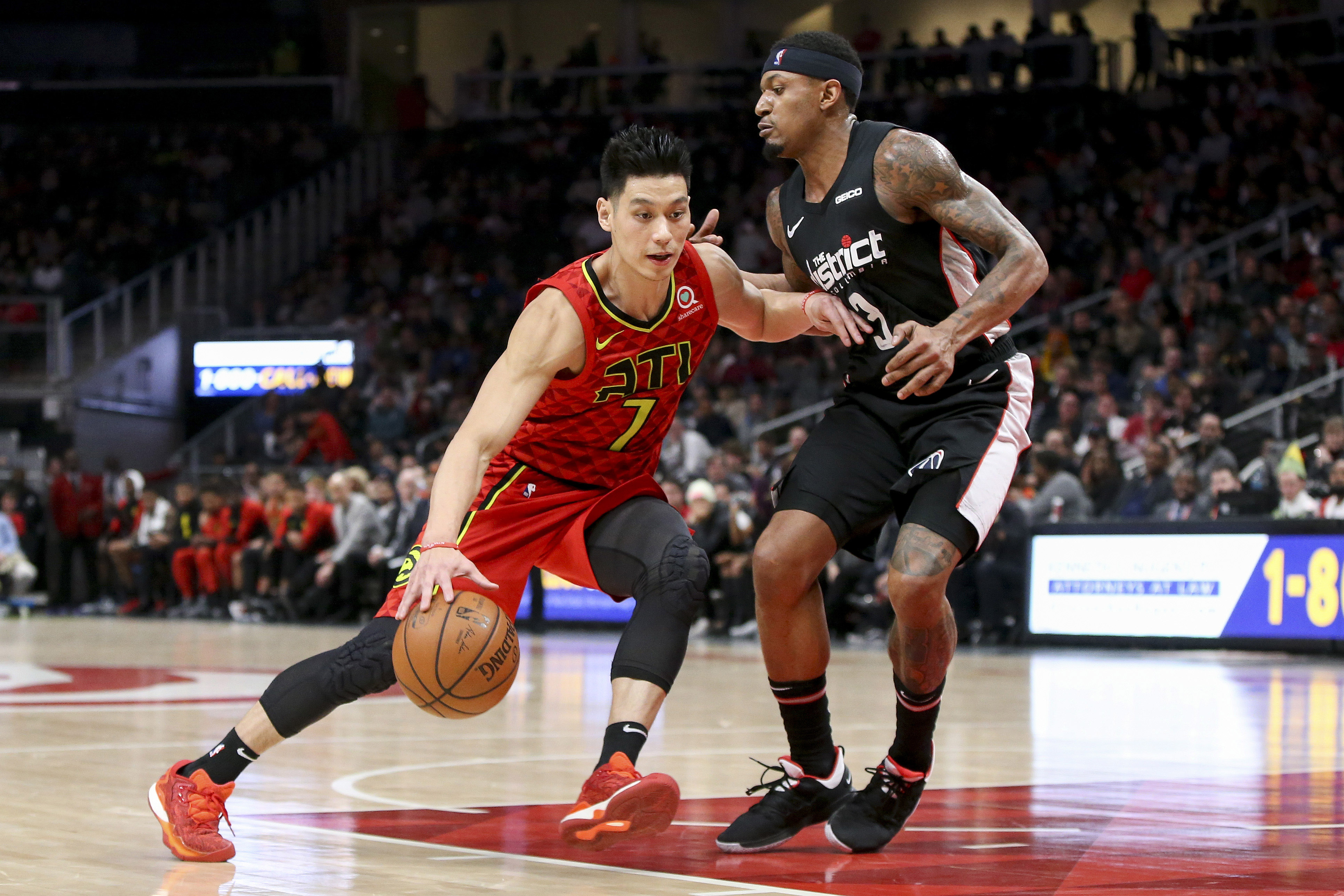 Wizards lay an epic egg on the road against Hawks

Taking a page out of last season’s playbook yet again, the Washington Wizards followed up a marquee win with an abysmal performance against a sub-.500 team. On Sunday the Wizards dominated against the best player in the NBA. Fast forward 50 hours later and they lose against the worst team in the NBA in the Atlanta Hawks. Sometimes, you just can’t make this stuff up.

The Return of Trevor Ariza

After the dust cleared on Friday night into Saturday morning, the Wizards re-acquired Trevor Ariza in a trade with the Phoenix Suns. Ariza was brought in for a veteran presence in a locker room ready to combust. From 2012-14, Ariza averaged 12.3 points and 5.6 rebounds per game for Washington and was part of the first playoff team during the John Wall era. They defeated the Bulls in the first round before bowing out to the Pacers.

Immediately inserted into the starting lineup, where he will remain for the foreseeable future (bumping Tomas Satoransky), we saw the return of Trevor Athreeza who finished 4-of-11 from the field. In familiar fashion, John Wall connected with Ariza who finished with a left-handed slam in the first quarter. The veteran forward finished the game with 19 points, eight rebounds, four assists, and a career-high tying six steals.

The Wizards not only allowed 12 points to the Hawks to begin the game, 10 coming in the first 137 seconds, but they struggled to get anything going offensively. Washington missed their first eight shots and couldn’t buy a bucket. They finally scored with 7:26 left in the opening quarter with a three from Jeff Green. The Wizards trailed heading into the second quarter 35-24. In the first quarter, the road team shot 27.8 percent from the field, while the home team nearly doubled that with 52.4 percent shooting. Trae Young torched the Wizards with 11 points in the frame.

Things went from bad to worse in the second quarter. The Hawks led by as many as 13 before the Wizards got hot. Led by Bradley Beal’s 13-second quarter points and a 17-9 advantage on the fast break, Washington was able to come back and trim the deficit to four to end the first half, 58-54. The Wizards also took advantage of 16 points off of 14 Hawks turnovers. The run was punctuated by Jeff Green’s dunk.

Linsanity in the Fourth Quarter

Despite Washington having an early fourth quarter lead, they allowed the home team to get home, which Scott Brooks believed to be the result of too much fouling. The Wizards were assessed 32 personal fouls leading to 39 Hawks free throws. Off the bench, Jeremy Lin was unstoppable in the final quarter with 12 points. Seven Hawks players finished with double figures with John Collins pacing the attack with 20 points and 13 rebounds. Rookie Trae Young added 19.

On the Wizards side of things, Bradley Beal led all scorers with 29 points on 11-of-17 shooting. In addition to Ariza’s 19, Jeff Green chipped in 12 points and seven defensive rebounds. Tomas Satoransky scored 11 points on perfect 4-for-4 shooting. After John Wall dropped 40 against LeBron James and the Lakers, Wall couldn’t score in the first half and finished with 15 points and six assists.

Next Game: The Wizards look to sweep the season series against the Houston Rockets on Wednesday night.