Your Morning Dump... Where Al Horford has deep thoughts about basketball things 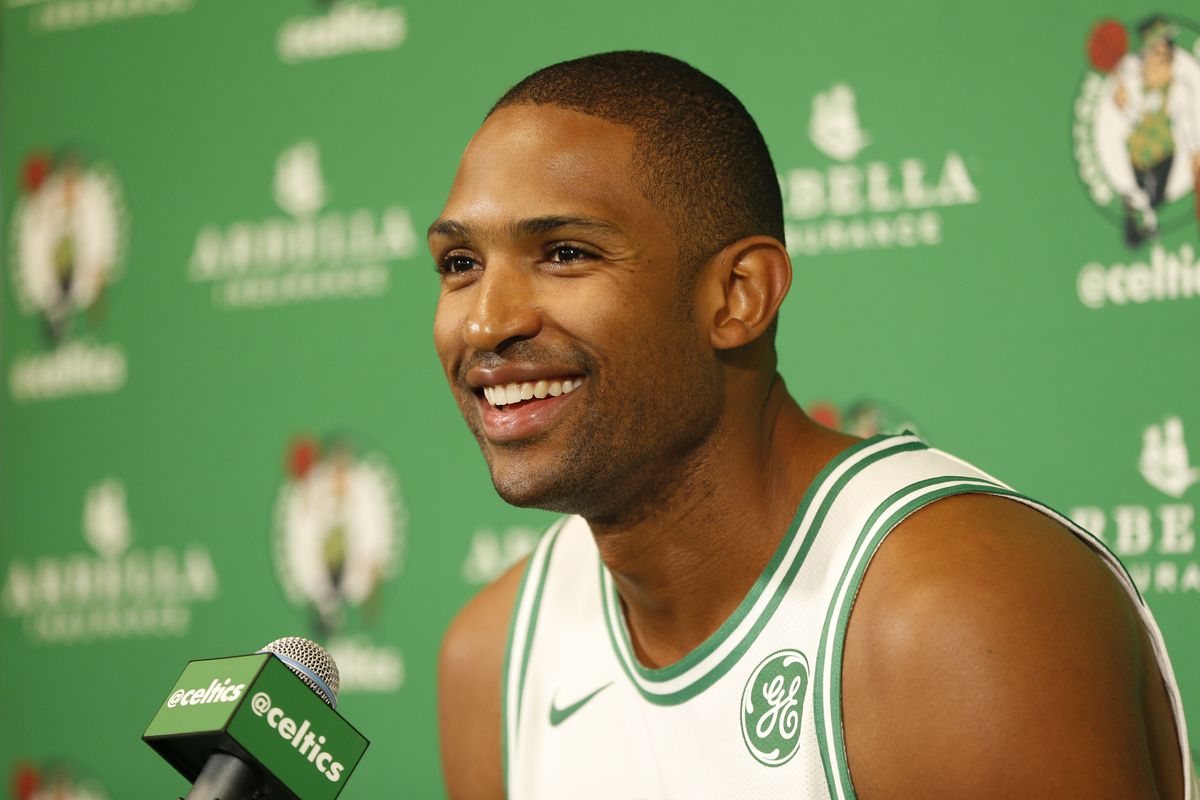 Your Morning Dump... Where Al Horford has deep thoughts about basketball things

“And I think for our group, going through that early has made us stronger and tighter and made us understand that we need to play at a certain level and do certain things to win. So, for us, I think that was very beneficial because if we would have started out good and won some games, some of these issues that were underlying, winning would take care of that. But they’d still be there. Now all those things have been addressed thoroughly. We’re still going through it, but we’re learning.”

That quote above, and others that are similarly perceptive, combined with Al’s knack for not making mistakes on the basketball court (a skill that is woefully underappreciated by a certain subset of Boston media personalities, primarily because it’s remarkably difficult to condense into highlight reels on YouTube), is why Al Horford is getting paid what he’s getting paid.

“I think it’s understanding that sometimes when injuries happen, they can be beneficial for the guy that’s out, because they can see the game more clearly. They’re not in the picture, so they can identify certain things that they can do better and things like that.

“So Jaylen comes back and he starts being aggressive going to the basket more. He sees the game better after being out. … I think it was important for guys to see the game in a different way and realize how they can have an impact.”

Al’s a very smart guy–and while the Celtics may need a more vocal leader on court from time to time, having a level-headed veteran who sees the big picture undoubtedly helped the team weather that ugly stretch of basketball a month ago:

With so many players and personalities, perhaps a larger surprise than the 10-10 start is that, while certainly some voices were raised behind closed doors, there was none of the schoolyard drama that often accompanies this kind of thing (there’s not enough space on the Internet to recount all the examples). For the most part, the Celtics kept their frustration together and didn’t allow it to devolve into anything too personal on the inside.

“I think, as a team, you never want anything that goes on in the locker room to get outside the locker room, so I was happy,” Horford said. “But we weren’t panicking. We weren’t overreacting. There was a sense of urgency. But I’m just glad that there was no silliness. Everybody stayed composed, and we just understood that we needed to keep working together.”

The absolute lack of drama within the Celtics locker room during their November skid is, frankly, remarkable. Some of that can be attributed to Brad Stevens having pretty much a zero tolerance policy on that kind of crap, but don’t underestimate the importance a guy like Al Horford has when it comes to locker room dynamics.

Again, there’s a reason why he’s worth the money the Celtics are paying him, and, as with Marcus Smart, it’s not so much about the stats he generates as it is all the stuff he does that only shows up in the W column of the standings.

Page 2: Where John Karalis is moving on to bigger and better things

So…. I have an announcement pic.twitter.com/FtEF7tptft

When a couple writer friends of mine convinced me that I could do this writing thing, there were only two blogs I considered pitching: Celtics Hub and Red’s Army.

I applied to Celtics Hub because they were tied in with ESPN, and while I’m not a big fan of the network, it certainly looks good on one’s resume to say one has written for an ESPN outlet.

But when Red’s Army put out a pitch for writers, I applied to John and Chuck because I loved reading Red’s Army. I’d be hard-pressed to think of a blog that has been more consistently fun to read than Chuck and John’s little project.

Chuck and John were doing Weird Celtics Twitter before there was Twitter. They made Red’s Army a home for intelligent, sarcastic, unabashedly slanted, hilarious, and wide-ranging commentary on basketball, life and, of course, the Celtics.

And when I started writing for Red’s Army–and they threw me right into the trenches–I’ve been pulling Dump duty twice a week since I signed up for this gig–I quickly learned that the best Celtics coverage came from a site called “MassLive.com”.

To this date, I have only the vaguest notion of what paper the site is affiliated with. All I can tell you is that with Tom Westerholm and Jay King, they had a pair of professional writers who regularly produced well written, high quality articles. When I was writing game recaps for Red’s Army, I always tried to beat Jay King to press, and I don’t think I ever did. And in a city where sports media personalities are huge, Tom Westerholm hasn’t strayed from his midwestern roots. When I see Tom’s name on a byline, I know what I’m getting: a well-crafted piece with a hint of humor and a perceptive take on the subject, free from the self-important pontificating that I’ve come to expect from analysis written by, for instance, certain well-known folks at Boston’s paper-of-record.

With Jay King moving over to the Athletic, MassLive had a gap in their lineup they needed to fill, and I’m hard pressed to think of a better choice.