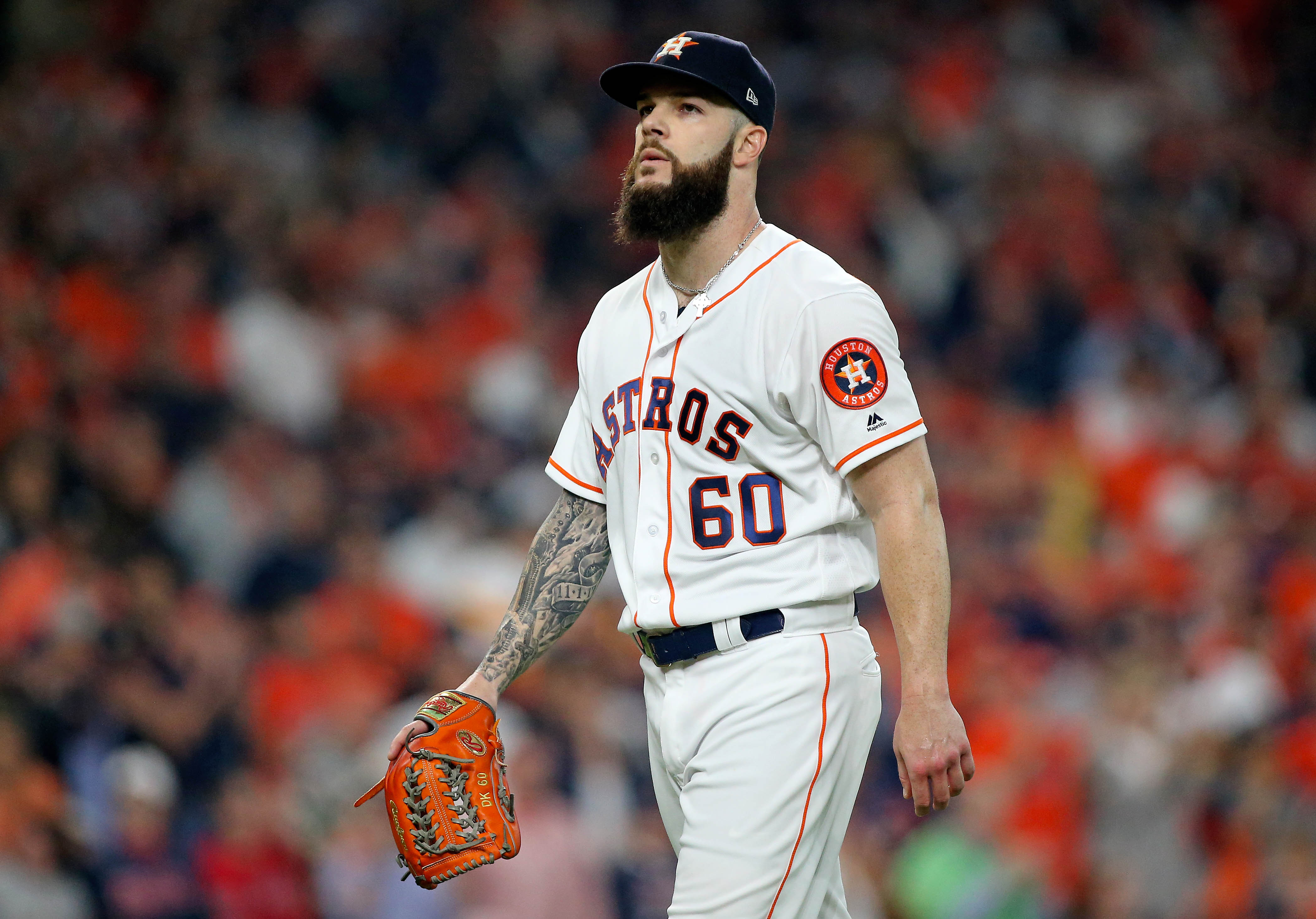 The top of this winter’s free-agent starting pitching market has moved reasonably fast, as Patrick Corbin, Nathan Eovaldi, Charlie Morton, and J.A. Happ all have new contracts before Christmas. That leaves one available hurler — and former Cy Young winner — at the top of the market: left-hander Dallas Keuchel.

Keuchel probably has the longest track record of success among all these pitchers, too. He’s been an asset for the Houston Astros since 2014, accruing at least 2.4 fWAR each year. While he dipped below 3.0 fWAR in 2016 and 2017 following his award-winning performance in 2015 (5.9 fWAR), he bounced back and was worth 3.6 wins this past season.

The southpaw has consistently been a ground-ball (58.8% career rate) and soft-contact (21.5% career rate) machine, but the soon-to-be 31-year-old may not have a job until later in the winter.

The Padres have interest in Dallas Keuchel, according to sources, though the asking price is currently prohibitive (likely so for most teams). Keuchel, a Scott Boras client and the top free-agent starter left, isn’t expected to sign until late in the offseason.

Scott Boras trying to get too much money for his client? I’ve never heard of that before.

Although Keuchel’s fastball tops out around 88-89 miles per hour and he’s never been a huge strikeout pitcher (19.1% career rate), his ability to pitch to and control contact will make him a valuable contributor wherever he lands. Boras recently called his client the Tom Glavine and Andy Pettitte of this generation, so yea, the asking price is probably too high right now.

Despite all that, there are still plenty of MLB teams who not only need starting pitching, but are also interested in Keuchel’s services. Let’s break down each of those possible landing spots.