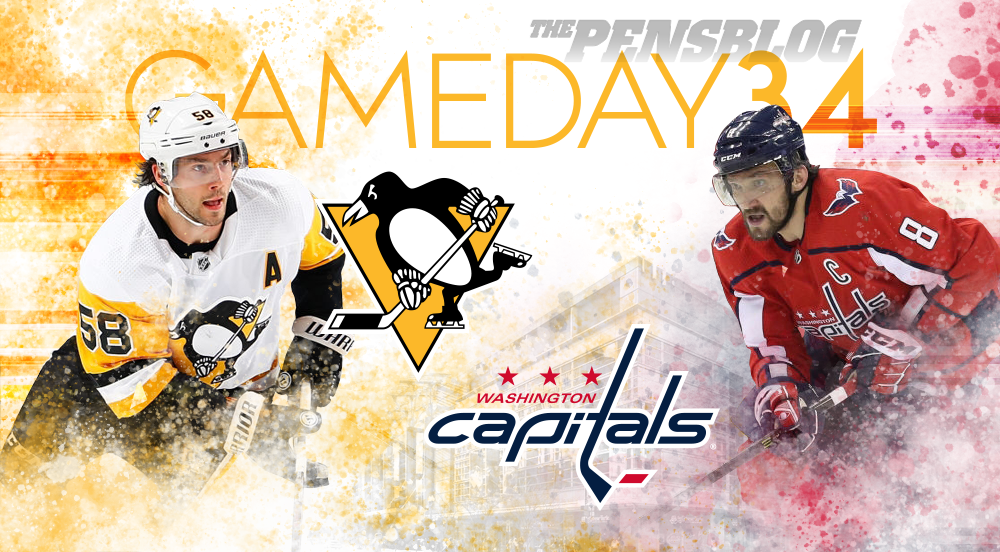 You woke up this morning and felt the chill in the air as you scraped the frosting off your car despite not seeing any snow on the ground and couldn’t find any rational reason as to why this kind of rage coursed through your veins. No, it wasn’t the weather, it wasn’t that Starbucks put “Parcel” on your cup as you slogged your way to work. Oh, no, it was those goddamned red jerseys. That stupid horn you hear any time some jobber in those aforementioned red jerseys manages to score. The same people angry a Football Man kneels during a song but scream “red!!!” during “rocket’s red glare” continuing to boo the greatest player of a generation. That’s what caused all of it.

Despite getting to the part of the NHL schedule when watching a game feels more like a chore than a labor of love, game’s like tonight you get up for. It’s Crosby and Ovechkin going head-to-head. It’s wasting valuable brain space on a goon like Tom Wilson. It’s watching the winners of the last three Stanley Cups putting on a show for all to see. You just feel it.

The Pens are coming off a disappointing effort against Anaheim, while the Capitals haven’t seen game action since Saturday, beating Buffalo 4-3 in a shootout.

Bet the house on Pisslord doing something dirty tonight and then the Washington Post running a fluff piece on how bad he feels and that he’s actually a good guy and learning from his mistakes.

Also, this is a thing…

Since he was young, it has been a part of his game.

Been a rough few weeks for 71. It’s been well-documented he has continued to struggle at 5v5 and he’s playing frustrated. No better night than tonight to turn that around than against his Russian counterpart. Expecting a game out of Geno tonight.

“…and in the third game he rose from the dead.” Remember when TJ Oshie was hurt so badly in the last game he had to leave, but came back five minutes later perfectly healthy to score the game-winner? Expect the same antics from 77 tonight. Plus, he is a Penguin-killer. Always has been.

Grab your cold ones, open your Twitter feed and raise a banner. It’s Pens-Caps.