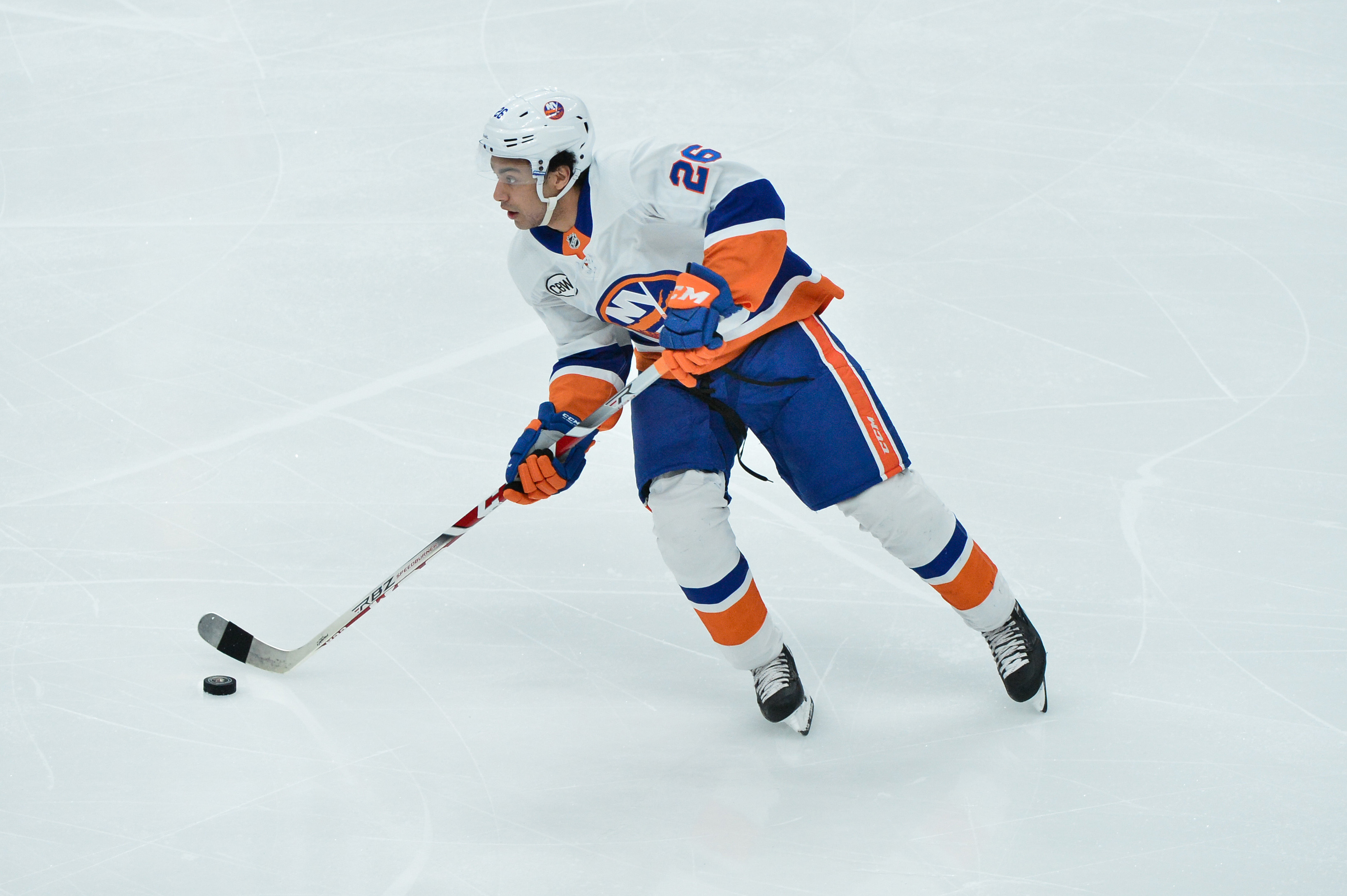 If the Islanders were planning for Josh Ho-Sang’s stay to be short, he certainly has other plans.

The charismatic, and sometimes controversial, forward has shown the Islanders plenty of things to like through his first three games this season. Ho-Sang has had an impact in each of the team’s last three contests with him in the lineup.

Ho-Sang has shown he can still create excitement and skate circles by an opponent. He’s been given a chance on the power play. He isn’t overextending his time on the ice and his play away from the puck has improved.

And on Tuesday he tallied his first goal in over a year.

“It feels really good to score again and just get that good feeling,” Ho-Sang told reporters after the Islanders win over Arizona. “I think today I probably felt the most comfortable. The biggest thing is the team first, so I’d rather sacrifice my offense for a little more defense. Especially with the way we’re rolling right now.

Ho-Sang’s 15:06 of ice time on Tuesday was the most he’s seen since getting into the Islanders lineup on Saturday. He played 12:24 against Detroit on Long Island and played 12:13 on Monday night in Colorado.

Entering Tuesday, the Islanders had been 25-15-4 with Ho-Sang in the lineup, according to Arthur Staple of the Athletic. They were 66-63-22 when he was not playing.

“What I like about (Ho-Sang) is he’s been really poised,” Islanders coach Barry Trotz said. “His wall play has been much improved. Playing with a little more poise in those areas of decision. At the bluelines and all that, he’s made some really good decisions and I think he’s made some good hockey plays.