Houston? Eagles have a problem... 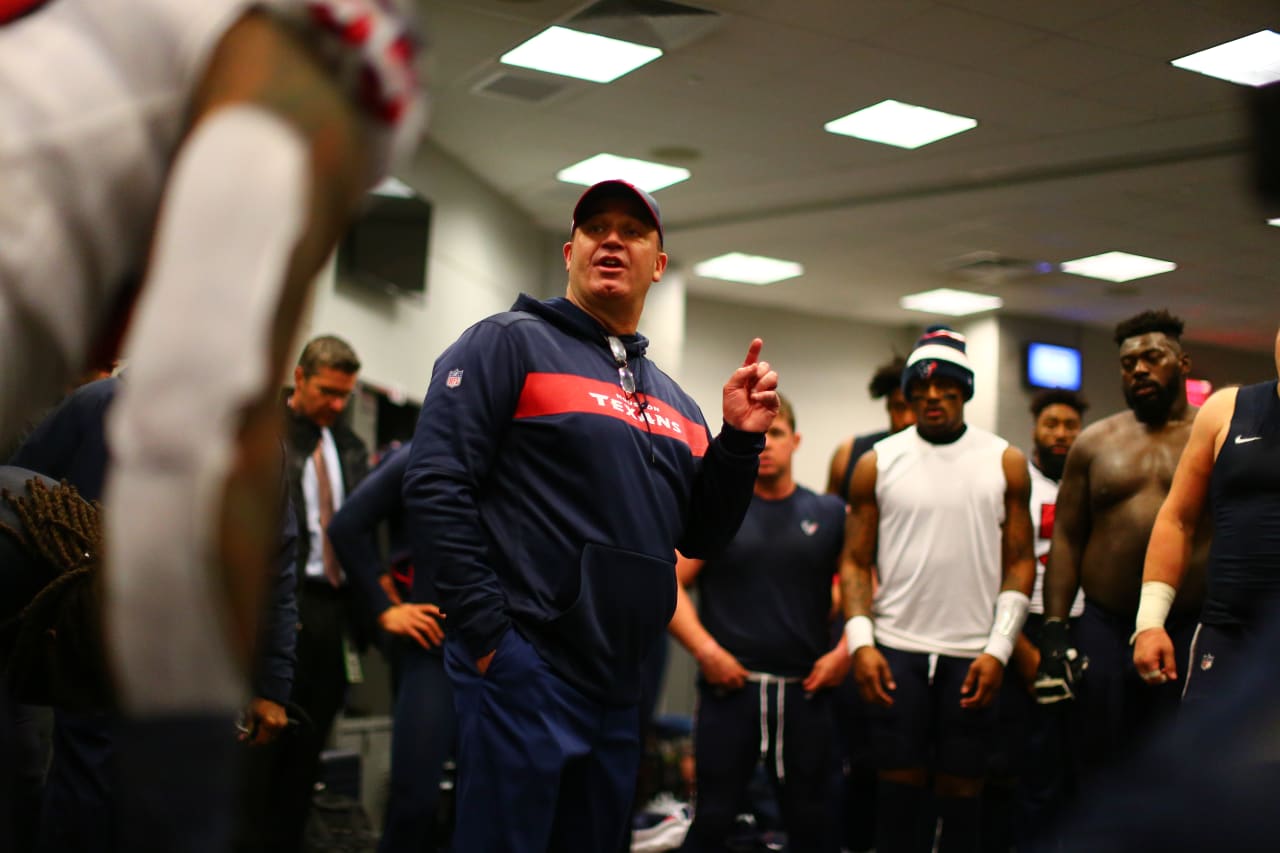 Houston? Eagles have a problem...

This game against the visiting Houston Texans is a must-win for the Eagles to keep any wild card notions alive in this turbulent season.

So what are we up against? I don’t know as much about the Texans as I should because they get so little national media exposure. Maybe that’s because their intra-state neighbor in Dallas always finds a way to soak up most of the attention, be it for good or stupid reasons.

What I do know is Houston (10-4) is a very good ball club. They’ve been trending UP for some time now. They’ve got some really good individual players. Now they’re playing together as a cohesive group. Something in the way they play attracts me.

They are head-coached by our old Penn State friend Bill O’Brien, who also calls the offense. Back in the day I wanted O’Brien instead of Chip Kelly here, but I was overruled. The King of Soul (Romeo Crennel) is their defensive coordinator. Mike Devlin coaches their offensive line. And get this, Wes Welker is involved as an assistant coach on offense and special teams.

Bill O’Brien has this group motivated. Dominating the AFC South is just a stepping stone to where they ultimately want to go this year.

This is their current depth chart:

There is some major talent on that chart. Deshaun Watson is quietly having a fantastic year at QB. Why he did not make the Pro Bowl instead of Tom Brady is a mystery to me. DeAndre Hopkins is the best wide receiver in the NFL. EYE honestly believe that. Lamar Miller is having a monster season at RB. J.J. Watt could be the comeback player of the year from his DE position. Jadeveon Clowney is tearing it up from his OLB spot. The Honey Badger (Tyrann Mathieu) has sparkled at strong safety. Linebacker Bernardrick McKinney just got named to the Pro Bowl.  Cornerback Kareem Jackson got named as a Pro Bowl alternate.

And now with Lamar Miller questionable with an ankle injury, no worries for the Texans—they can turn to bringing D’Onta Foreman back into the mix. Foreman hasn’t played since suffering a torn Achilles last November, but he’s been practicing well for the last two weeks. In 10 games last season as a rookie, Foreman ran for 327 yards and two touchdowns on 78 carries.

This roster is loaded.
As for Watson at QB? — he’s been good. I mean, breadsticks is good, but Watson has been really good.
In Week 15, Watson completed 22-of-28 passes (78.6%) for 294 yards, two touchdowns, no interceptions and a 134.2 passer rating against the Jets. He also added 26 rushing yards on four carries. Watson became the first player in NFL history to record at least 5,000 passing yards, 40 passing touchdowns and 700 rushing yards in a player’s first 21 career games.
To beat us in Philly, though, there are two basic things the Texans must first accomplish:
1. Protect Deshaun Watson. (He was sacked three times at Washington, and he suffered two interceptions.) The offensive line has to keep him upright.
2. No blunders by special teams. The Texans lost 20-17 at Tennessee, where the Titans threw a touchdown pass on a fake punt.
The Eagles need to put the kabosh on the Texans’ running game, because Watson is less effective without consistent play-action to feed off. The recent trend in Houston’s run game has been abysmal after a torrid stretch through midseason. The Texans had one of the NFL’s most punishing running games until they hit the wall against the Colts (89 yards, 3.6 per carry) and the Jets (47 yards, 2.8 per carry).
As for DeAndre Hopkins? I don’t think you can stop him from making great receptions, but you can bracket him and at least limit him to shorter gains. Hopkins got dinged up a little last week against the Jets, but I think he’ll be ready to go full-speed against the Eagles. Hopkins is one of only three players with at least 1,200 yards receiving and 10 touchdown passes caught each season since 2013, joining the Giants’ Odell Beckham Jr. and the Steelers’ Antonio Brown.
By the way, J. J. Watt leads the AFC with 14.5 sacks and trails only Aaron Donald’s 16.5 overall. Watt’s six forced fumbles, tied for the NFL lead, are a franchise record. The Texans have scored 91 points off turnovers, trailing only the Bears and the Rams.
Behind it all is the homespun wisdom of the guy who roams the sidelines—

“This league is the most humbling professional sports league there is,” Bill O’Brien said. “If you start to take the cheese, you start to drink the Kool-Aid, you’re going to get humbled. That is something that we talk about to our players.

“What I’ve learned in this league, it’s never as good as you think it is, and it’s never as bad. Our players need to just show up, get their lift in (Tuesday), get rehab, get going and be ready to go to work.”

“That man just wants to win,” said Texans defensive tackle Christian Covington. “He’s hard-nosed about it, and he expects results. Obviously, when you’re playing for a man like him, you know what’s expected. … We appreciate him. We love the dude. And we appreciate him for pushing us every week.”