Molded by his parents, John Wall is cherishing fatherhood 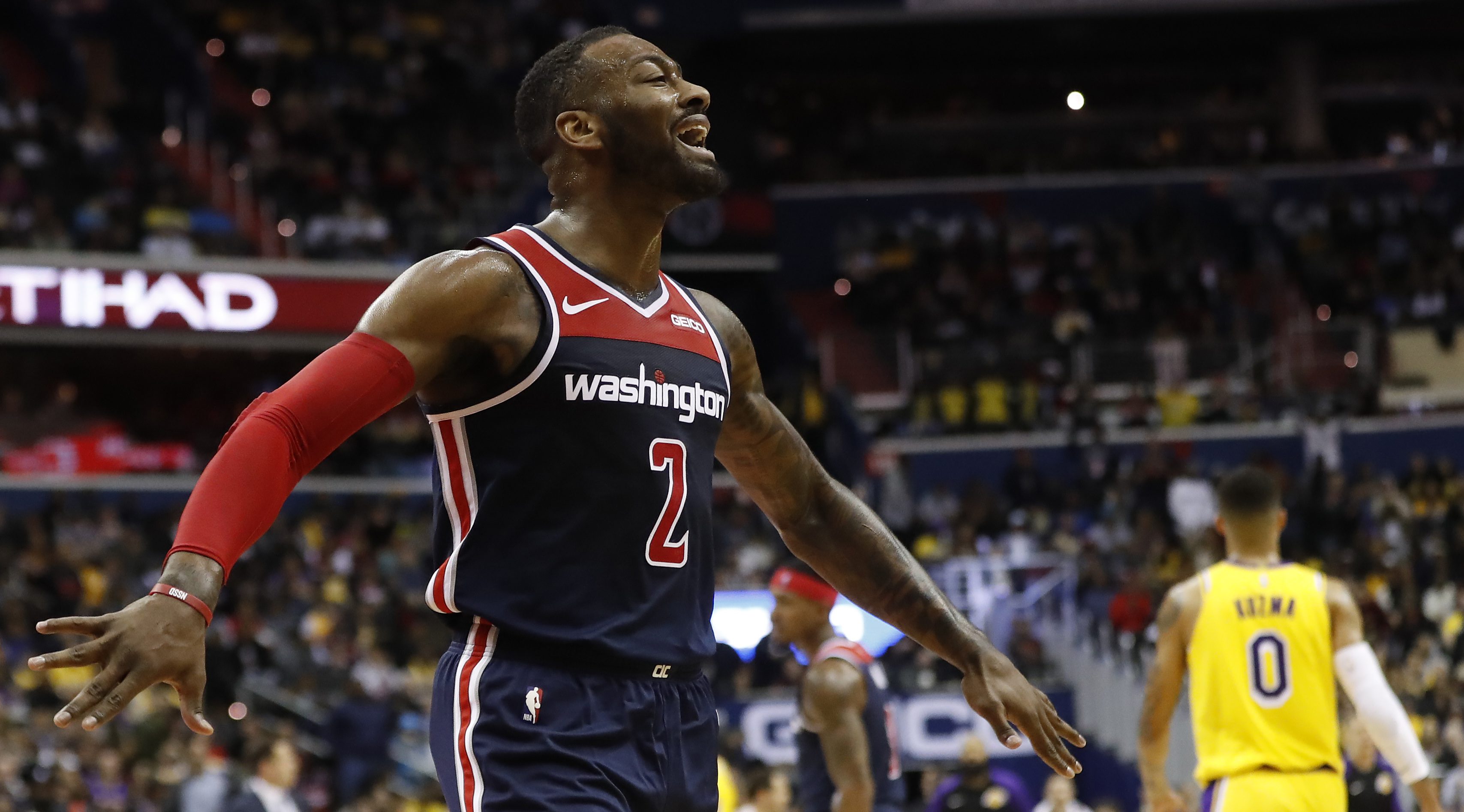 Molded by his parents, John Wall is cherishing fatherhood

ATLANTA — John Wall was in Atlanta two weeks ago preparing to face the Hawks when he started receiving phone calls early in the morning. His first child, a boy, was about to be born. Overjoyed and overcome with emotions, he frantically rushed to the airport to be there to see his son take his first breath. It was in that moment that Wall knew his life would forever change, in the most positive way.

“It’s crazy. We were here [in Atlanta]. I woke up at like 6:30 that morning getting phone calls from my girl and my sister,” Wall said. “I’m like, ‘Aw hell, it’s that time, I know it.’ Ran to the airport. Me and my sister and Sash, got on a flight and got there at like 12:30, and he was born at 1:18. So, if I would’ve missed that flight, I probably would have missed it. It’s fun. It was exciting. It’s one of the biggest blessings you can ever have.”

Fatherhood is a special topic for Wall. He lived through most of his childhood without his dad, and eventually lost him to cancer at the age of nine. A self-proclaimed ‘momma’s boy’, Wall understands the sacrifices his mother endured throughout his childhood to make sure he had every opportunity to succeed at basketball. The point guard understands the importance of valuing each parent regardless of what the dynamics are because there are no promises in life. That is his mindset and perspective with his own son and wants to be that father figure in his life.

“It’s great. It’s my first time ever doing it,” Wall said. “I have a lot of nieces and nephews, but it’s a lot different when it’s your own. It’s still early for me, something that I enjoy. Knowing that my father was in jail most of my life and wasn’t around. Then I know people, probably never met their father or have an opportunity to meet their father, don’t have a great bond with him and don’t want to speak to him. I always tell people no matter what you been through, what you go through, you want to cherish both of your parents, if you have the opportunity to, you know what I mean? I lost my dad to cancer at nine — my mom is fighting breast cancer, now. So, I know how difficult it can be. So, I try to appreciate and enjoy ever part of that. So, you got to cherish and try and tell them you love them as much as possible. That’s a big factor for me wanting to be a father: just to be there for him. Down the road, you never know if you are going to be with your baby momma, your girl, or whatever, but you just want to be there. The money and buying stuff that doesn’t mean nothing. It’s about spending that quality time and that’s something I cherish a lot.”

Wall takes his own relationship, or lack thereof, with his own father and uses that as a guide on how he wants to be a parent. He was very young when his father passed, so he did not get a chance to really bond with him or truly know him. Now, that he has a son of his own, he is doing everything he can to be a great father and at the same time, he wants to set an example for his son to look up to, like Wall’s father did for him through stories, despite the situation.

“It’s crazy because all of my cousins and sisters — they would tell me how my dad was and how he was a great father,” Wall said. “I really didn’t get the opportunity because he was in jail most of my life growing up. So, I kind always heard the stories like everybody always wanted to be around because he was that guy. It’s kinda what you want to be remembered by: just somebody that has that great kind heart, great character, great personality and love being around you and that’s what I’m going to try to do for my son.”

As of now, Wall has yet to post any pictures of his bundle of joy just yet. He said that there will come a time where he will display his bond and affection for his son and understands how influential that will be for young men, especially in the black community, to see and value the blessings of being a father.

“Yeah, I’m going to get to that,” Wall said. “I think it’s still early now. People know that I have a child and people know that I have a girlfriend. I just try to keep my business as lowkey and private as possible. It’s hard to do in this world nowadays and it’s not like I’m trying to hide anything or nothing like that. When he was born, I told everybody. You’ll definitely see pictures of him as he starts to get older and he starts to get his color and get his looks into him. But, I don’t think everybody needs to know all those basic details. Everybody feeling like you hiding him. I’m not hiding my kid from nobody. I love my kid and respect my kid. It’s just he wants to have his privacy. He has his own name. I didn’t name him Jr. after me because I don’t want him to live up to my name or live up to whatever I leave, or legacy I have.”

Wall admits that it is still very surreal that he is a father now. When he is not running the offense for the Wizards, he is at home enjoying his quality time with his son. Even on the road, Wall talks (one-way) with his two-week-old son enjoying his first moments, something he did not get to have with his own dad.

“Yeah man, It’s crazy. Going home, holding him,” Wall said. “Talking on FaceTime all day, and he can’t say nothing to you. He’s just looking at you, doesn’t know what’s going on. So, it’s kinda like you built that creature, you built that other human being, that’s the dope part of it.”