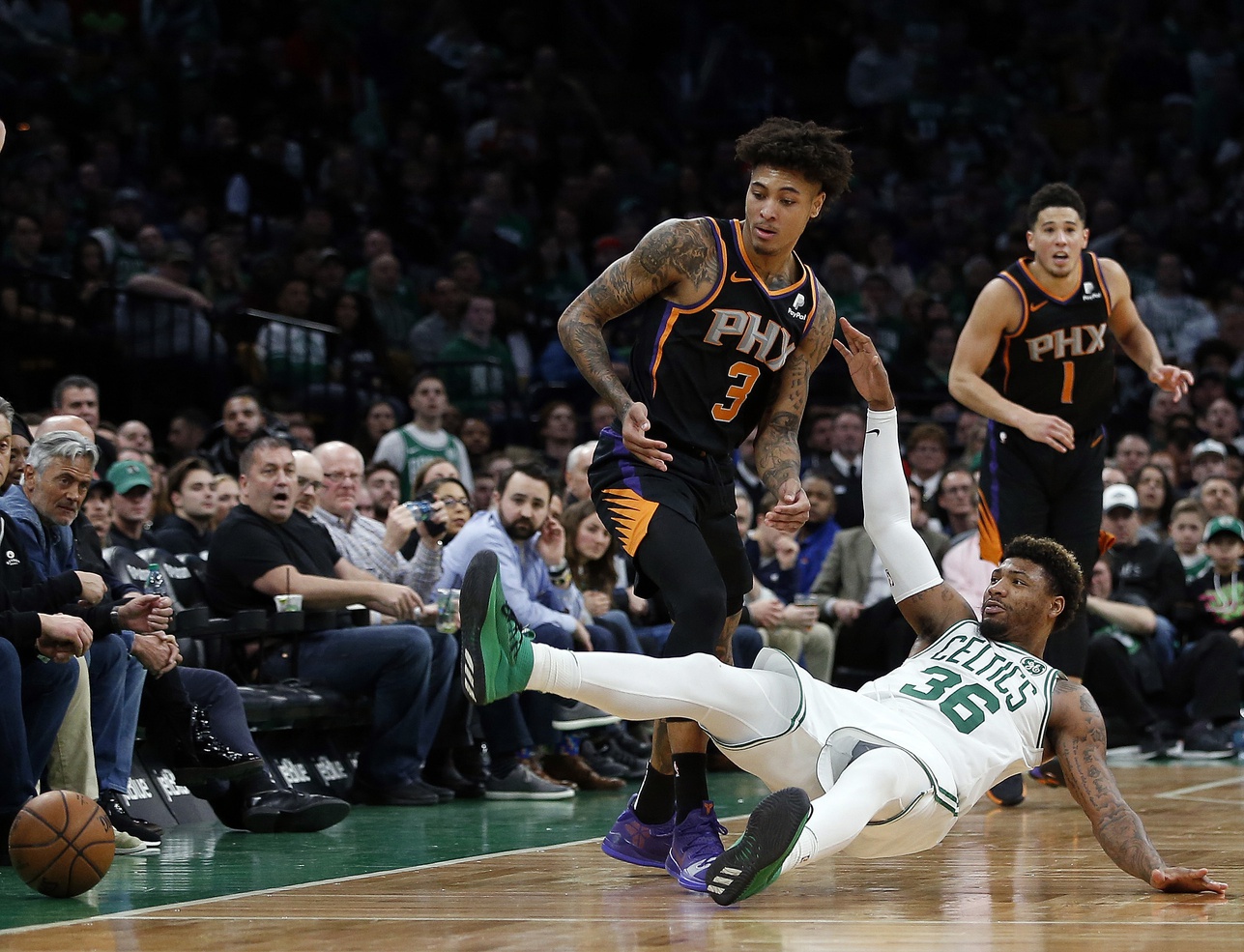 My great-grandmother once told me, “If you f-ck around enough, you’ll eventually get f-cked.” And that’s what happened to the Celtics tonight. They played about 12 solid minutes of basketball and the result was a 111-103 loss to the lowly Phoenix Suns.

To compound matters, Aron Baynes fractured his left hand and will miss about a month.

The Celtics torched Phoenix for 37 points on 70% FG in the 1st quarter. Eight guys scored in the quarter.

Robert Williams had 8 points, 8 rebounds and 5 blocks in 24 minutes. He struggled a fair amount against DeAndre Ayton (23 points, 18 rebounds) and needs to be more than a lob threat on offense, but I still love watching him play.

With Horford, Morris Sr. and Yabusele in street clothes, the loss of Baynes in the 1st quarter really hurt the Celtics. Phoenix outrebounded Boston 56-37 and had 20 2nd chance points on 21 offensive rebounds. Ayton is a massive man. He was too much for Theis and Williams.

Aron Baynes has been diagnosed with a left fourth metacarpal fracture and is out indefinitely. Here are a couple of angles of the play that caused it. pic.twitter.com/PaWP8guzb6

Thanks to some weak ass defense from Jayson Tatum, Kelly Oubre had 10 points in the 4th quarter.

Celtics owner Wyc Grousbeck reveals that he also had a MarShon Brooks/Dillon Brooks type mix-up in the past… with the same team 👀 pic.twitter.com/S9sxdr4gYt

That's… Not easy to do. pic.twitter.com/7I23vHgNHT