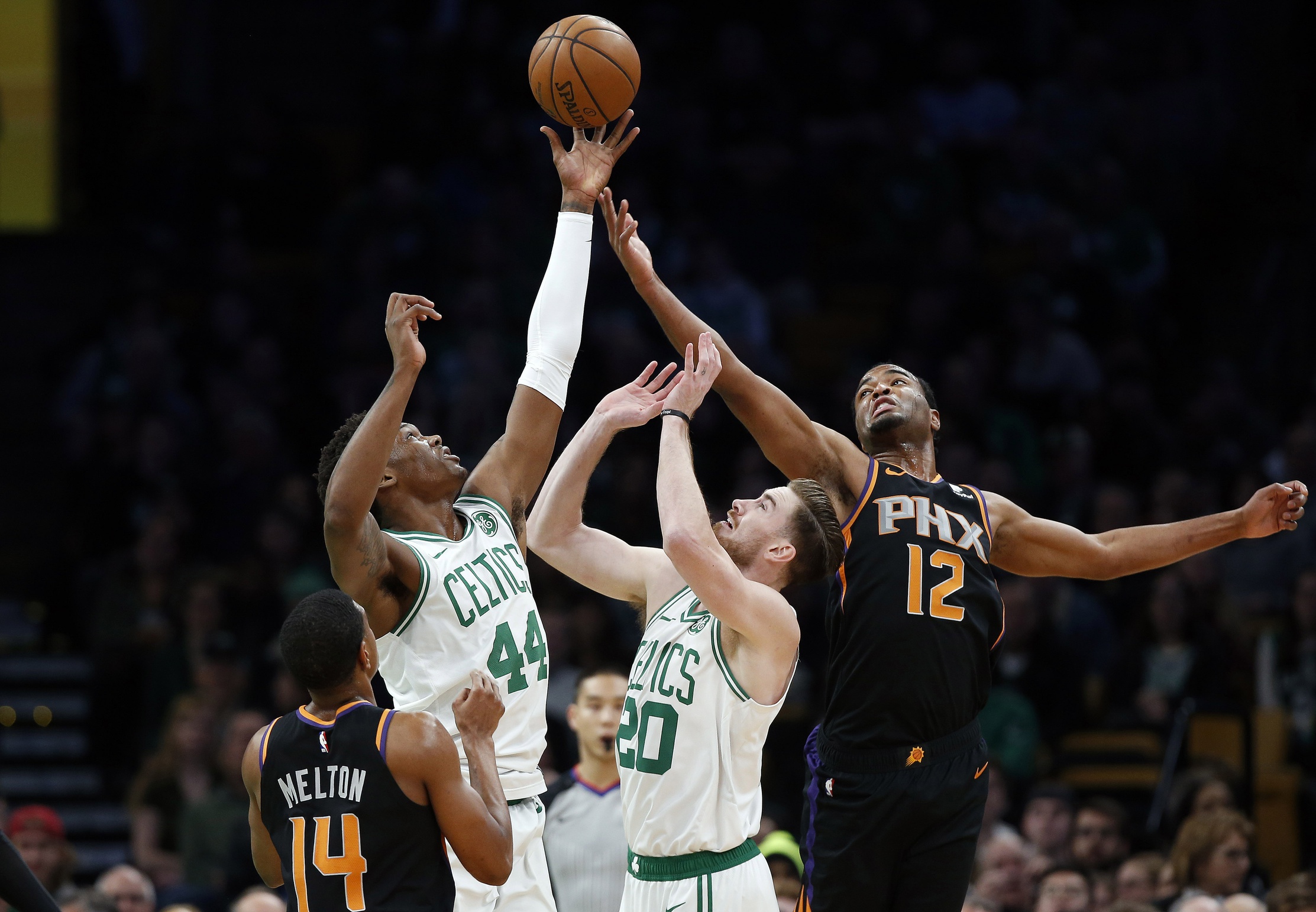 I’d honestly rather tell you there was no game tonight. The Celtics were straight up out-hustled on their home court by the seven (now eight) win Suns. Aron Baynes broke his hand and a lot of passes went out of bounds. Final score 111-103.

The Celtics scored 37 points in the first quarter on 17 of 24 shooting. 13 of those field goals were assisted and six of those assists belonged to Kyrie. Gordon Hayward closed out the quarter by rushing the ball up the court and hitting a pull-up three-pointer. He also capped off the first half by dishing to Marcus Smart for an open three to beat the buzzer.

The second quarter was a pretty ho-hum 25 points, which is pretty good considering that early minutes were given to Robert Williams (who is obviously good, but still learning things) and Semi Ojeleye (who I love but probably wouldn’t have played as much if Morris, Horford, and Baynes were healthy.

We saw the usual routine of “hit shots like your life depends on it when the game is already out of reach” that the Cs have been through so many times before. I’m don’t know what section of the recap to include this in, but I guess it goes here if it’s about shots going in. In reality, it might belong in the “what went wrong” section given that they let themselves fall into a hole so easily against a sub .500 team again.

Aron Baynes went to the locker room with an injury early in the first quarter. (It’s also worth observing that Robert Williams was first off the bench to replace him instead of Daniel Theis.)

Boston Celtics center Aron Baynes has suffered a broken left hand and will undergo surgery, per league sources on @TheAthleticNBA @WatchStadium. Baynes is expected to return in a month.

Baynes started off the game with a hook shot and threw down a dunk soon after off an assist from Kyrie. He was +9 in two minutes of play.

That early lead from the first quarter evaporated almost instantly. The Celtics lost a lot of 50/50 balls, gave up some offensive rebounds, and had a few miscommunications on defense that gave the Suns a lot of extra scoring opportunities. Phoenix went on a 16-4 in the second quarter despite leaving some points on the table by the way of missed layups.

The third quarter brought on boos from the home crowd. The Celtics turned the ball over several times on some reckless passing and followed it up by giving up more layups on the other end.

Robert Williams had a few unfortunate defensive moments. He had his usual loud blocks, but he got caught out of position a few times and allowed the Suns to make some sneaky short passes around the basket for easy points. The Baynes injury proved pretty detrimental as DeAndre Ayton posted 23 points and 18 rebounds. Williams had 5 blocks in 24 minutes but was a -13 for the game. Don’t overthink it – he’s still great at blocking shots, but still figuring out where to be the rest of the time.

The Suns grabbed NINETEEN (19) offensive rebounds through three quarters. The Celtics had 20 defensive rebounds in that same time span (Credit to Brian Scalabrine for pointing this out on the broadcast.)