Cleveland Browns Are Heavily Favored over the Bengals For Week 16 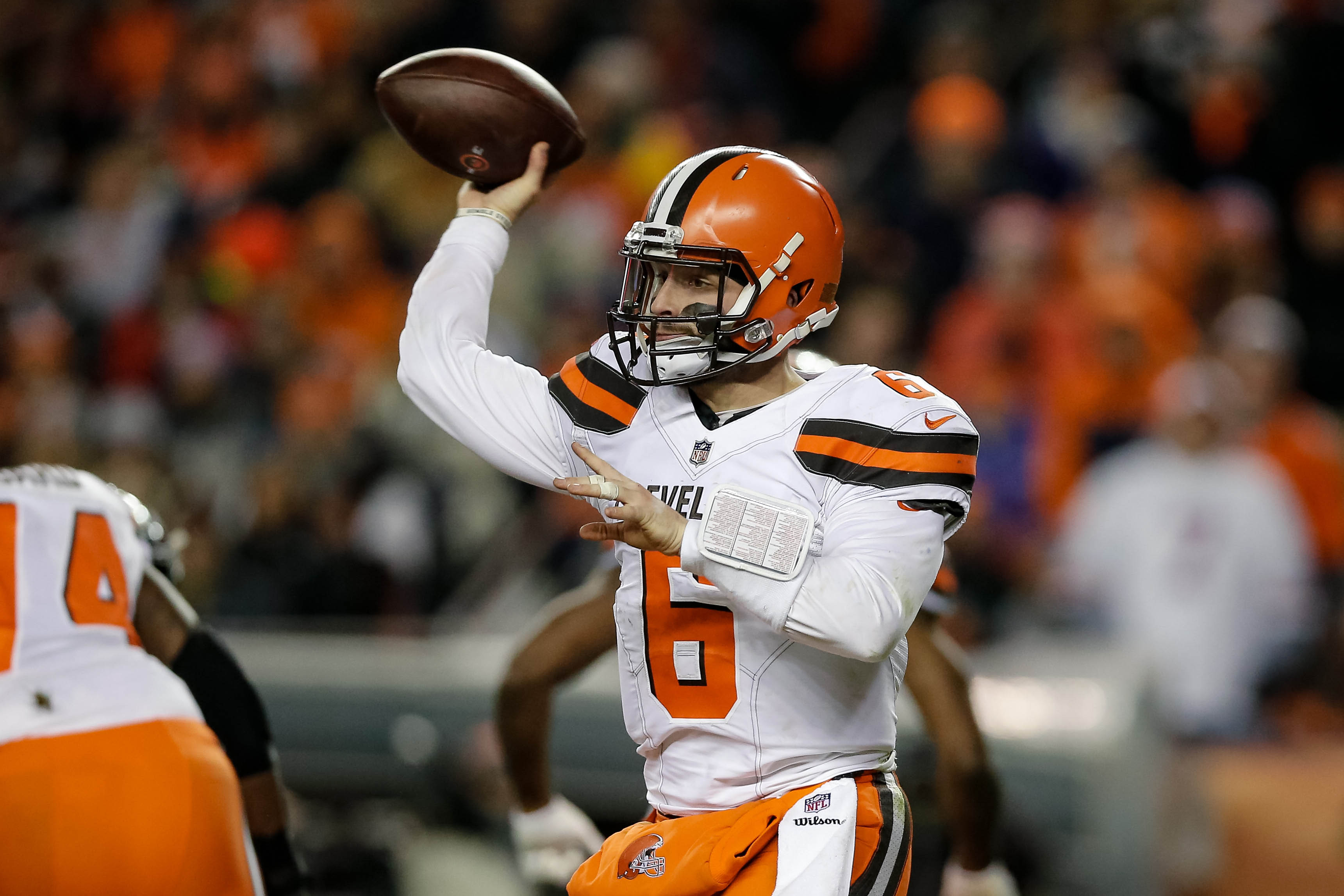 Cleveland Browns Are Heavily Favored over the Bengals For Week 16

This NFL season has been wild, to say the least. So many teams that were expected to be good had a noticeable regression from last year to this year’s season. And so many teams that were horrible in the previous season saw quite an upgrade in 2018. One of those ‘horrible’ teams that have absolutely shocked the world though is the Cleveland Browns.

Who would’ve thought that heading into the 2018 season that the Browns would technically still be in the playoff hunt by Week 16? Anybody? Nope. Don’t kid yourselves. Even most Cleveland fans weren’t dreaming of the unthinkable. The team had to get one victory in order to have their free Bud Light released to the city of Cleveland back in September. Well, now the Browns will finish off this season with at least six wins.

Heading into Week 16, the Browns are sitting below the Baltimore Ravens and the Pittsburgh Steelers in the AFC North with a record of 6-7-1. Surprisingly enough though, they aren’t at the bottom of the barrel this year. Instead, the Cincinnati Bengals are the bottom feeders as they have one more loss than the Browns. And this week, the Browns and the Bengals will meet for what is shaping up to be the battle of third place. And the predictions are quite shocking right now.

The Browns are Expected to Stay Alive?

According to OddsShark, the Cleveland Browns are significantly favored over the Bengals for Week 16. With all that is going on with the Bengals, Cleveland is currently favored at -9. Maybe in the future, this won’t be as shocking, but seeing as though the Browns had zero losses just a season ago, it’s still surprising to see a line tilted in Cleveland’s favor so much.

That’s what happens when a team like the Bengals are utterly desperate. Without their number one wideout, A.J. Green, and no Andy Dalton, there’s just no way that anybody could assume that this Browns team that is trying to make the postseason will fall and take a loss to Cincy. Once upon a time, the Browns were the laughing-stock of the AFC North, but this time around they want to prove everybody wrong.