Hall of Fame Week: Four Sluggers and a Gloveman 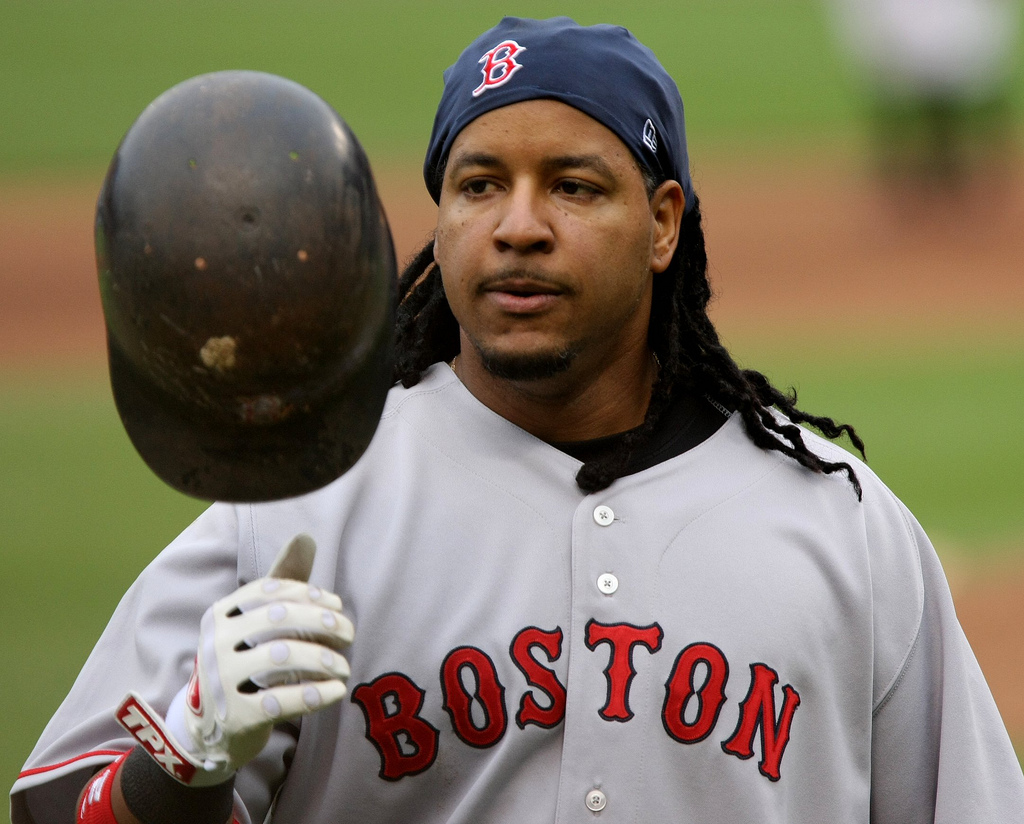 Hall of Fame Week: Four Sluggers and a Gloveman

Over the last three days, I’ve given time to the newbies on the ballots and the complete long-shots to climb from low voter support to a place where they grab enough backing to get into the Hall of Fame. Today, we keep heading up last year’s ballot. Each of today’s candidates received between 14% and 38% of the vote. They are probably long-shots in their own right. But in the right year, some of these candidates could see a groundswell of support. After all, the 2020 ballot contains only one surefire Hall of Famer (Derek Jeter) while the 2021 ballot has none with Tim Hudson and Mark Buehrle the only standouts.

It’s hard to fathom that Kent has received so little support for the Hall of Fame. He’s never picked up more than 17% of the vote and has only gained three more votes from returning voters who didn’t vote for him in 2017. It would seem like Kent, who was routinely one of the best hitting second basemen year-after-year, would have a clearer path in the Hall of Fame.

The problem for Kent, though, is he is seen as a hitter who played a bit of second base. Recent second basemen who earned inclusion into the Hall like Craig Biggio and Roberto Alomar were two-way players. They could hit and boy, could they field. And while Kent has a better OPS than either and only Rogers Hornsby has a higher SLG as a second baseman than Kent, he was a terrible fielder. Despite five trips to the All-Star Game, four Silver Sluggers, and a 2000 NL MVP, Kent seems destined to miss the Hall of Fame. This comes also despite a famously anti-steroids stance as writers punish steroid and suspected steroid users by delaying their eventual entry into Cooperstown.

If Kent was even a competent fielder, I have little question that he’d be in the Hall of Fame already. Because, at that point, he’d be Chase Utley who will be a Hall of Famer in the coming years.

On one hand, when it comes to feared by the opposition, it’s hard to find another hitter that scared pitchers more than Manny. He hit .300 or better eleven times, including .349 in 2002 for his only batting title. He twice led the league in intentional walks and hit 40 homers five times. While he never won an MVP, he finished in the top ten of MVP voting nine times including eight consecutive years. He also took home nine Silver Sluggers, went to a dozen All-Star Games, hit .285/.394/.544 in the postseason, and won a World Series MVP.

But perhaps no one currently on the ballot has been hurt more by steroids and that includes the duo of Barry Bonds and Roger Clemens. Ramirez tested positive twice for performance enhancing drugs – the latter of which essentially ended his career. It also doesn’t help that Ramirez routinely came at odds with the media and his own team, repeatedly asking for trades that were rarely listened to. Nor does it help that he got into a shoving match with a man in his 60’s who worked for the Red Sox. But it’s those positive tests that paint Ramirez in the worst light. One positive test is bad enough. Two? How can you be so dumb?

Ramirez is one of the most controversial figures of the last quarter-century. A great hitter, yes. An almost flighty sense of understanding the situations of the game while Manny was being Manny? Absolutely. But unlike so many who are hurt by the possibility that they did steroids, we know Ramirez did. And it’ll probably cost him a trip to the Hall of Fame much like it did for Rafael Palmeiro.

Three batting titles would almost clinch someone’s inclusion in the Hall of Fame. Three batting titles while twice leading the league in OPS, once leading the league in homers, and an MVP to your record? Well, that’s a possible first ballot Hall of Famer. But Larry Walker only has two more years to get into the Hall and while he’s definitely trending that way, it’s amazing that it might not happen for one of the greatest hitters of his generation – well, at least until the final year he’s eligible.

Walker has the 79th-best batting average in history and the 12th-best slugging. But voters often see one thing – a decade in Denver. And let’s be honest: before moving from the Expos to the Rockies after the ’94 season, Walker wasn’t a Hall of Famer. But the thin air of Colorado and the juiced ball era created a perfect storm for Walker, who was always a tremendously talented hitter, to reach new heights. Though prone to long trips to the DL, Walker, hit .334/.426/.618 with the Rockies. For many voters, that calls into question the value of those numbers.

Is it fair to completely discredit Walker? Absolutely not. He played within the rules. Baseball allowed there to be a team in Denver and only a few became legit Hall of Fame candidates. Perhaps we should stop adding new criteria to keep players out and simply vote for the best of the best. Walker definitely was that. And many are changing their mind when it comes to Walker. With 72 ballots into the Hall of Fame tracker, nobody is trending better than Walker, who has gained eleven votes and lost none. Last year, only Vladimir Guerrero had a higher net gain of voters with 56 new yes’s from returning votes compared to Walker’s 40. It might not be enough to get Walker elected this go-around, but players typically gain even more support in their tenth and final year of eligibility. Walker looks like a favorite if he can continue his current rate of support to sneak into the Hall.

After an impressive first showing where he garnered 37% of the vote, Vizquel has a solid base of support to grow from. Even better for him, he’s not losing support so far according to the Hall of Fame tracker. But Braves fans all over still wonder why Vizquel is a possible Hall of Famer and not Andruw Jones, who once again is not a shoe-in to get the required amount of votes to even stay on the ballot.

Over nearly a quarter-century in the majors, Vizquel finished with 2,877 hits and reached 400 doubles and 400 steals. He never led the league in any offensive stats aside from sacrifice hits, but he turned himself into a glove-only guy into a passable hitter. Of course, he’s on this ballot for his defense. He won eleven Gold Gloves over his career and ranks among the best in every fielding metric of the time.

The debate with Vizquel often comes down to this – if Rabbat Maranville, Luis Aparicio, and Ozzie Smith are Hall of Famers, why not Vizquel? On the other hand, others (mostly Braves fans) question the support for Vizquel when the best defensive center fielder of all-time has so little. Where’s the consistency? Certainly, playing shortstop helps. Vizquel was a great defender, but was he so elite that he deserves to be in the Hall? It’s a healthy debate that is unlikely to end any time soon.

Our final candidate today is seeing his chance to get in the Hall at a possible end. For nine years, the Crime Dog has often been in the lower 20’s in Hall of Fame support. Even with a bit of a boost due to him being in his final year, McGriff isn’t seeing the kind of turnaround in the vote required to gain admittance. Some find that awful. Some think it’s justified. Like with Vizquel, the two camps seem pretty dug in.

McGriff played parts of 19 seasons in the majors, winning three Silver Sluggers and going to five All-Star Games. He was the 1994 All-Star MVP as a member of the Braves and his trade to Atlanta in 1993 was just the the “spark” that team needed to win their division. In the playoffs, McGriff was even better and hit a robust .303/.385/.532 with 10 homers. His last at-bat in the playoffs was quite memorable, but not in a good way as he was punched out on a Livan Hernandez pitch a full two feet out of the strikezone.

Despite his accolades, it’s the ones he doesn’t have that have kept him on the ballot instead of being voted in. McGriff never won an MVP, finishing in the Top 5 just once. To put it bluntly, McGriff was never considered one of the game’s greatest players. He was very good, but simply not elite. He was a consistently good player whose case is driven by his body-of-work rather than his prime. And here, McGriff falls short as well. He won two homerun titles, but missed out on joining the 500-HR club. He also just missed the 2500-hit club.

Fortunately for McGriff, the Eras Committees have shown a preference for awarding consistently good careers even if they lack historical awesomeness. So, while it seems far-fetched that McGriff will join Harold Baines next summer for enshrinement into the Hall of Fame, he may follow Baines into the Hall via the same method that awarded the DH.

Often, the argument shifts to the idea that McGriff’s career would have looked better if not for the “cheaters.” For instance, maybe McGriff would had stood out more had Mark McGwire, Sammy Sosa, and Bonds not found a way to enhance their abilities. This is a reasonable argument, but for me, it falls short. You don’t vote based on hypotheticals, but based on what actually happened. And when it comes to what happened on the field of play, McGriff’s Hall of Fame case falls flat in my mind.

But maybe I’m wrong? Or am I shortsighted in my view of Vizquel while overly supportive of Walker’s case. Let me know below. Tomorrow, we’ll finish up Hall of Fame week with a look at the top five vote getters from last year’s ballot that didn’t make the Hall. Also, either tomorrow or Saturday, we’ll release our choices for the Hall of Fame based on the votes of all five Walk-Off Walk writers. Feel free to add your own below and perhaps we’ll add them to the mix. Thanks for reading!