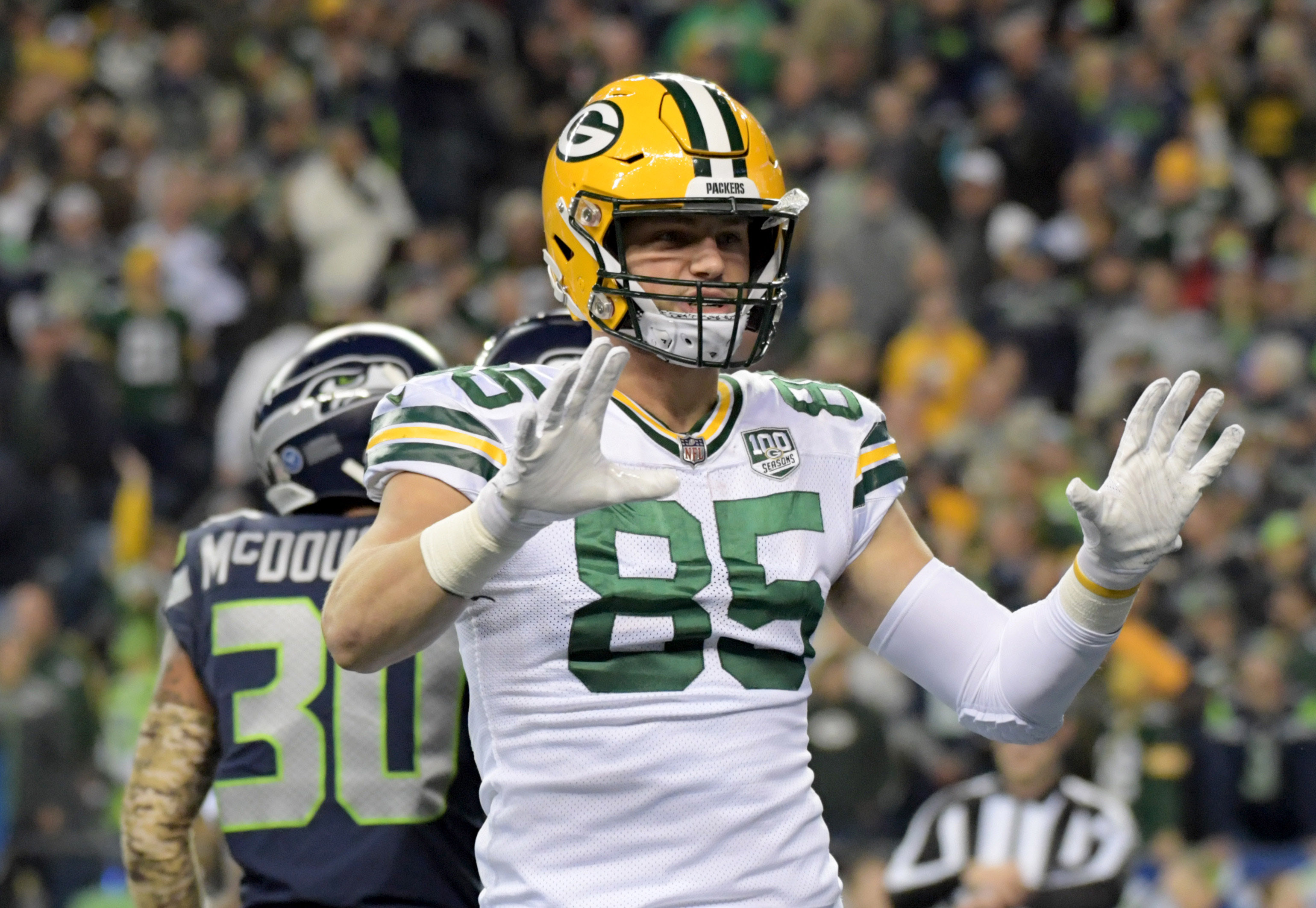 The Green Bay Packers have been eliminated from postseason contention after last week’s loss in Chicago, but there are still two regular-season games left to play. There are a dozen young players the team should give extended playing time to in these final two games to see what these players can do and to help determine if they are worth bringing back in 2019 and if so, in what capacity.

Here is a look at the players the coaching staff needs to see more of in the last two games. They are listed here by position group rather than in order of importance:

Whether he starts a game or not, the Packers should give Kizer a block of playing time in at least one of the remaining two games. The only real action Kizer has seen came in the second quarter of the season opener when Aaron Rodgers was hurt. He did lead the team downfield for one drive but threw a pick-six and lost a key fumble as well.

The Packers gave up a former first-round pick to acquire Kizer and they really should see how he looks under game conditions for at least a quarter or two before the season is over.

The Packers have four young receivers on the roster and all of them should see more time than usual in the remaining two games.

St. Brown and Valdes-Scantling have shown flashes of their talent but have been very inconsistent. Moore has not seen much action since the season started so this is the time to get him some more reps.

Kumerow was activated off the IR later in the season and should get a chance to show what he can do during the regular season on offense. Thus far he has just two catches for 16 yards.

Rodgers has complained about not being on the same page as his young receivers, so this is the time for him to get more comfortable throwing to them in preparation for 2019.

Tonyan made the team on the strength of a strong preseason and had one magical moment during the regular season on his long touchdown pass from Rodgers against the Seahawks.

He is the only tight end on the current roster under 30. Tonyan’s strength is his receiving ability and the team needs to determine if Tonyan has the potential to play a more regular role in the offense next season.

Patrick and Spriggs have seen some playing time due to injuries and they should see the field even more in the final two games.

Patrick has the right attitude for the job and is popular with his teammates as a result. He has shown flashes of ability and needs an opportunity to prove he can be a consistent contributor.

Spriggs has looked overmatched at times. The Packers need to know if the former second-round pick is good enough to handle a larger role going forward, especially with Bulaga’s future with the team up in the air.

Adams is a former third-round pick who hasn’t earned much playing time even when other players in the lineup have been injured. He’s looked solid in August, but the games don’t count then.

Lancaster has proven to be a hard-working run stuffer. The Packers would like to see if he can add another dimension to his game.

Burks was injured before a preseason game in Oakland and the missed reps really cost him any chance at learning the defense. He has not been able to crack the lineup since then which has been a disappointment. The Vanderbilt alum has seen most of his action on special teams. Burks should get some playing time to see if he has learned the defense well enough to be a contributor.

Donnerson was added to the active roster late in the season when injuries struck the defense. The seventh-round pick out of Southeast Missouri State has yet to be activated for a regular-season game. He should get a chance to show what he can do before the season ends.

Defensive backs Josh Jackson and Josh Jones have already seen substantial playing time and they should continue to get reps in the final two games in order to get them more confidence.

The Packers won’t be able to qualify for the playoffs, but they can give these players valuable experience that could benefit the team in 2019 and beyond.