UND Hockey: Looking Forward to the Second Half 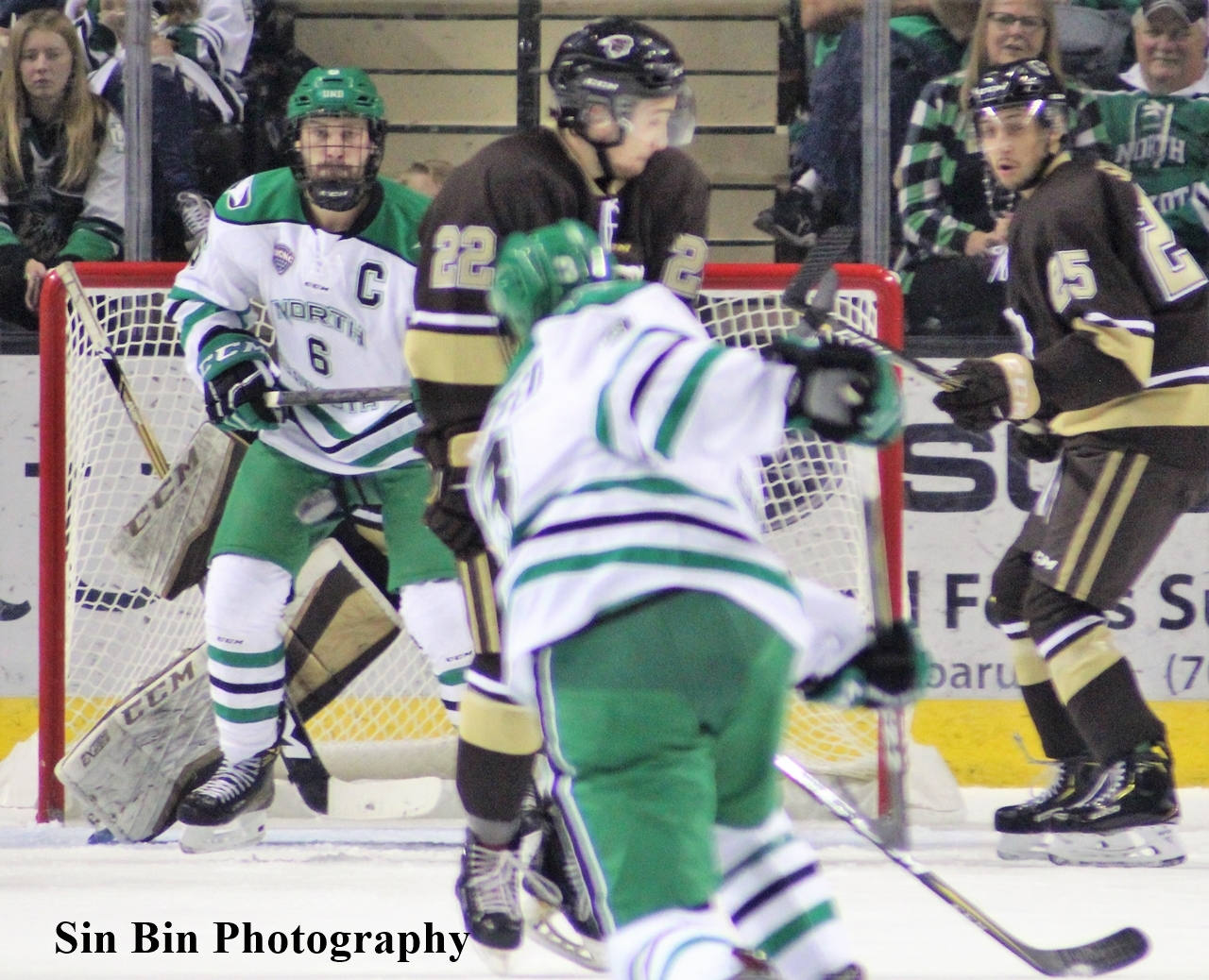 UND Hockey: Looking Forward to the Second Half

The University of North Dakota hockey team is officially on Christmas break. First, it’s time for a few players to get healthy, reload, and take a few days off. The second half push is almost here and it doesn’t get any easier from here.

During the first half of the season, the hometown team did some good things. They split UMD and DU. They also suffered some humiliating defeats (Western Michigan 6-2, UMD 5-0).

Yes, there are a few things that they need to clean up if they’re going to make a run. The goals have been laid out, home ice for the first round of the NCHC playoffs, challenge and win an NCHC title and qualify for a berth in the NCAA playoffs. Finally, winning number NCAA title number nine.

So far this season, UND has proven it has the talent to play against the best teams in college hockey “if” they stick with their systems. Yes, I read social media and the fan message boards. Some in the UND fan base are getting antsy. With that in mind, I believe that there are a lot of things to be positive about.

There are a few areas that UND needs to work on. First, they need to find consistent scoring. They need to get secondary scoring. Someone on that roster has to step up.

Defensively, except for two periods during the first half of the season (UMD and Western Michigan), they’ve been pretty good.

Currently, their special teams are a mess. Some of that has to do with injuries and illness.

Injuries Plague Team in First Half

Speaking of injuries, for the second season in a row, injuries have plagued UND. I asked head coach Brad Berry if he’s concerned with the number of injuries this team has suffered the last two years.

“Yeah, that’s another thing we want to look at,” Berry said. “Are we doing the right things with practices and rest and conditioning and different things like that? We feel we do things the right way here. At North Dakota, we play a hard brand of hockey. I think it’s something that we cherish and that gives us success from year to year.

Last Wednesday, the captain, senior defenseman Colton Poolman was available for hockey media day. Here are some of the things that he had to say.

I asked Colton if you’re going to give yourself a grade for the first half, what would it be? What grade would you give the team?

“Myself, maybe around a B, and probably for the team as well,” Poolman said. “There are a lot of good things that we can obviously think about, to keep working on and other things that definitely need to get better, to get us towards that grade that we want. The second half, we set ourselves up okay, not great obviously. The last one (the loss to DU) kind of stings, it kind of stays with you throughout the break.

“But overall I think it’s a good learning (experience), good for our freshman to get them up to speed. They’re not a freshman anymore. Coming in the second half they’re full-fledged, ready to go. We need all of our young guys stepping up in the second half.”

UND radio play-by-play extraordinaire, Tim Hennessy prompted Poolman with this,” For your team, I can point to two periods that you guys weren’t very good. Other than that, you’ve been pretty consistent. That’s what you have to tell the rest of the team, play like this and we’re going to be successful.”

“Obviously, we weren’t getting the goals and that’s something we need to key on, the execution of different things. Whether it be the power play, five on five play, because honestly, our five on five play was pretty good, pretty solid and not much to truly complain about there. Going forward, I think that’s something we’ve got to work on, don’t get frustrated because it’s crept into a couple of those periods, a couple of those games.”

Following up on Tim’s question, “there’s a lot of positives, there’s a lot to build on moving forward, correct?”

“Our forwards have been great for the most part throughout the second half they’ve been tracking back really hard and that that trackback really helps our D stand up,” Poolman said. “It makes going through the neutral zone real easy. They’ve been working so hard that’s one thing I mean it’s it’s nice when they’re working hard and things aren’t going your way.

“You know the efforts there, that’s that’s kind of a big part. We can work on that execution in the second half so that’s one of the big things that I really I really liked about our group early on.”