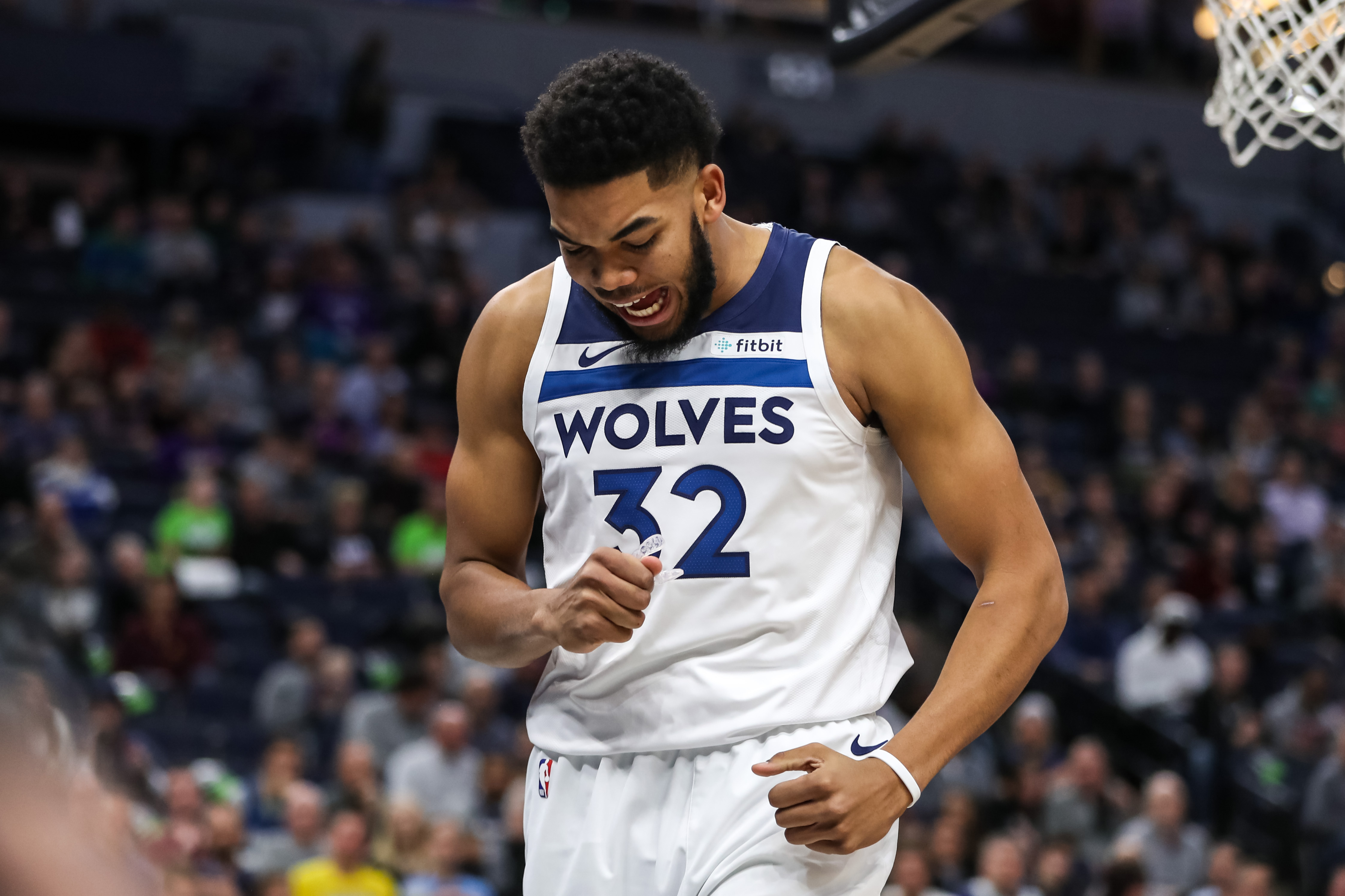 Karl-Anthony Towns is not only one of the top young players in the NBA, he is already one of the best centers in the league. At just 23 years old, Towns will likely be looking at his second All-Star Game appearance this season. Through the first 31 games of the season, Towns is averaging 21.3 points, 11.8 rebounds, and 2.5 assists per game. Those 21.3 points come on 48.9% shooting from the field and 37.7% shooting from three. For KAT, the 48.9% shooting from the field is on pace to be a career-low, and a low by over 5%. So, what’s leading to Towns’ lower field goal percentage this season? Let’s take a look.

The main contributions to Towns’ lower field goal percentage this season is with his hook shot and his jump shot. Specifically, Towns is shooting just 47.3% on his hook shots this season. Last year, KAT shot 55.8% on the same shots. The main factor in the lower percentage is defenses honing in on Towns, and the opponents being more aggressive with the young center. I don’t necessarily want to say Capela exposed Towns in the postseason last year, but he definitely identified one of Towns’ weaknesses: dealing with strength. All season, opponents have been physical with KAT down low, and when Towns doesn’t get a good initial post up, it’s hard for him to back down bigger centers. It’s an area that KAT needs to improve on in order to get to the next level. He needs to find better ways to use his strength and move opponents on the block to get cleaner looks at the basket.

Now, don’t get me wrong, while KAT’s field goal percentage is down so far this season, he’s adjusting back to being the main offensive threat for the Wolves. Towns was used to Butler having the ball in his hands for extended stretches last season, and since the trade, the Wolves have mainly run the offense through KAT. Towns is seeing the most double teams he has in his entire career, and he’s starting to get better and better at passing out of those double teams to open shooters. Additionally, Towns needs to start connecting on his threes again. In the month of December, Towns is shooting 32.6% from three, way too low when he’s attempting over 5 each night. If KAT can regain his rhythm from downtown, that will open up more opportunities for him in the post and on the drive from the three-point line. Karl-Anthony Towns is leading the Minnesota Timberwolves in scoring, there’s not a lot that’s wrong with his game. But, his efficiency on his hook shots needs to return for his game to continue to develop so he can reach the next level.