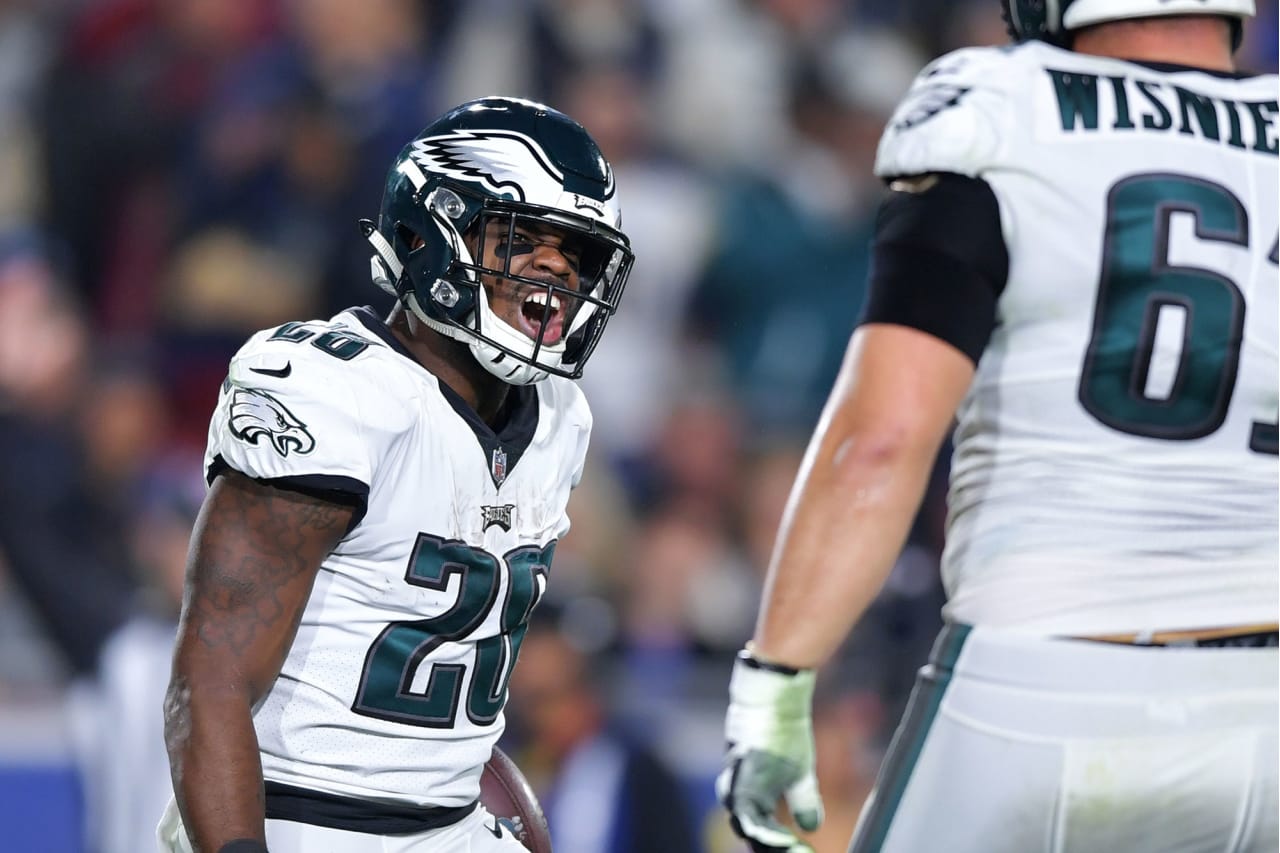 I don’t know if you can call an indoor workout a “full” practice session, but there they are today, listed as full participants—linebacker Jordan Hicks, who is aiming to play in his first game since injuring his calf in Week 12, and center/guard Stefen Wisniewski (thumb). Zach Ertz also returned to full practice after resting a sore ankle for most of the week leading up to the Sunday afternoon showdown with the Houston Texans.

Cornerback Cre’Von LeBlanc was added to the injury report Thursday after being limited with a sore hamstring. Defensive tackle Tim Jernigan (back) and punter Cameron Johnston (back) were both limited in the two practices this week.

Kicker Jake Elliott joined Jeffery as a player who did not participate in practice due to a stomach bug. Grugier-Hill, who took over kicking duties in Dallas last season when Elliott left early with an injury, took practice reps at kicker—just in case.

Looking ahead to the Eagles’ game plan on offense, it must be stated that they will be going up against one of the better defenses in the league, so the margin of error is slim. Fran Duffy of PE.com cautions our expectations of any kind of a quick start or blowout performance by our offense:

“…the Houston defense is a tough, physical group that is very well coached. That defensive front is outstanding. It’s a big reason why the team ranks fourth in rushing yards against per game (88.3 yards), first in yards per carry (3.56), and third in runs of 10-plus yards allowed (29). The Texans are great against the run and they’re very good at getting after the quarterback, as they present one of the biggest challenges that the Eagles have faced this year.”

The biggest concern for our offense is neutralizing or limiting the downhill effect of Houston’s pass rush. J.J. Watt coming off the edge and Jadeveon Clowney breaking through the middle can really mess up your drop-back passing game.

What’s crazy is the Texans will go with a 3-man rush and still manage to get Watt or Clowney in one-on-one blocking matchups, which means one or both of them will eventually break free to wreck a play. They accomplish this with an oldie-but-goodie tactic favored by Romeo Crennel throughout his coaching career: he will put a bunch of players up near the line of scrimmage, forcing offensive lines to slide one way or another, and then attack the opposite side. He may use different stunts and twists to create one-on-one matchups for his pass rushers, or he may send a free rusher from secondary depth.

Beware the moors of 3rd down, Doug! That’s when Romeo sends the big-time pressure. He often brings the Honey Badger up from strong safety to make a bee line rush to the passer. He also likes to move Clowney around, standing him up and turning him loose as a “joker.”

Whitney Mercilus, Zach Cunningham, Benardrick McKinney, and Christian Covington all get involved as well. This is a nasty group of well-trained snipers.

What would you call on offense to slow down or back up the defensive pressure? I would think Nick Foles is going to be asked to stretch out the defense by calling a lot of perimeter run stuff. Pitch-outs to his backs, jet sweeps, screens, designed rollouts, heck maybe even a bootleg or quarterback draw now and then. It may be the rare case where you prefer a sideline-to-sideline instead of a vertical attack.

When Nick does get a clean pocket, he needs to make a quick read and get the ball out to any receiver who is not in the area of free safety Justin Reid or right cornerback Kareem Jackson—those guys will be watching Nick’s eyes and are superb in coverage. Nick also knows the Houston linebackers are having a really tough time covering tight ends, so he will be looking for any matchup he can get with Zach Ertz or Dallas Goedert isolated against LBs.

In case you’re wondering, Paul “DOMO” Domowitch at Philly.com/The Inquirer calls this one 19-17 for the Texans. Even though thankfully DOMO did not dom with his dour prediction last Sunday (he said the Rams would blow out the Birds), I appreciate his reticence in this one. Suffice it to say I agree with DOMO that this will be a game of evenly matched forces. One big goof by either side will determine the outcome.