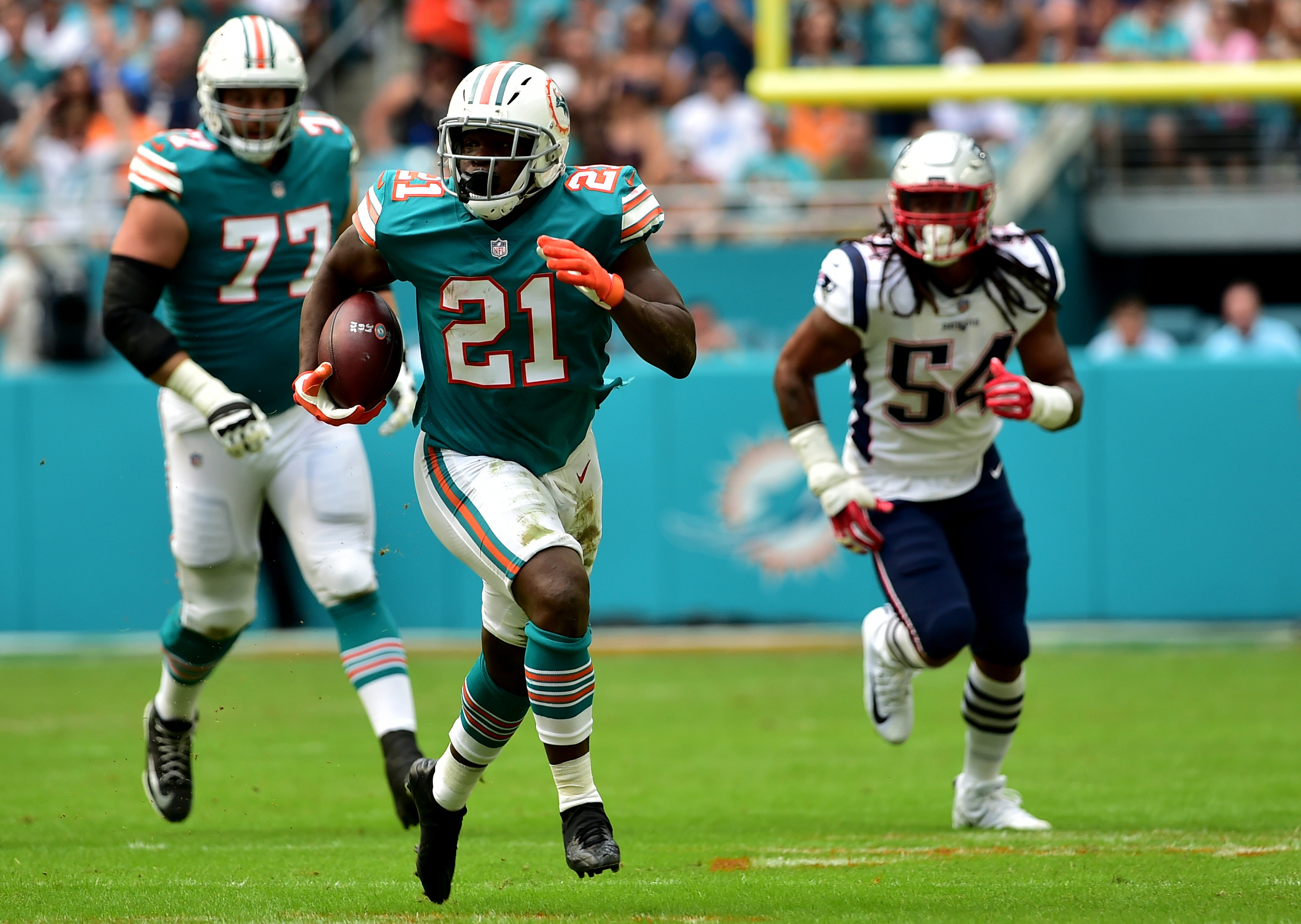 When will Miami Dolphins running back Frank Gore hang up his cleats? The 35-year-old running back just refuses to put a stop to his career at this point. Typically, running back’s get ran out of the league by the time they reach their early 30s, but Frank Gore is not going to let that happen to himself. And despite being injured currently, Gore is not calling it quits.

Since 2005, Gore has been a man on a mission. He’s currently chasing down records and refuses to hang it up before he gets to where he needs to be. Gore may not be the flashiest back in the league, but this guy is most likely headed to the Hall of Fame when his opportunity approaches.

This season, Gore notched 722 yards, which advanced his career total to 14,748. That makes Frank Gore fourth on the All-Time rushing yard leaders list, falling behind three legends named Barry Sanders, Emmitt Smith, and Walter Payton. Right now, Gore cannot help himself any further since he is placed on the Dolphins Injured Reserve list. But during this offseason, he will avoid getting surgery on his foot and has every intention of returning next season despite going out with an injury this year.

Would There Be a Market For Gore?

Doctors determined that Dolphins’ RB Frank Gore does not need foot surgery, he is expected to recover in a few weeks, and Gore wants to return next season for his 15th NFL year, per source.

While Gore has every intention of playing in 2019, he currently does not have a team. As he is finished serving up his one-year deal with the Miami Dolphins, Gore is expected to hit the free agency market once again. It took a while for him to find his place with the Dolphins during the last offseason as many speculated he was finished, but his production this season definitely proved a lot of his doubters wrong.

Will Gore demand big bucks from a ton of teams next year? It’s unlikely. But seeing as though Gore and another fellow old running back Adrian Peterson brought a bit of a spark to running back needy backfields, there shouldn’t be any teams that would hesitate to bring Gore in. He’s motivated to chase that third spot on the All-Time list, so somebody should be willing to give him a shot. And who knows? Maybe Miami will have him back.