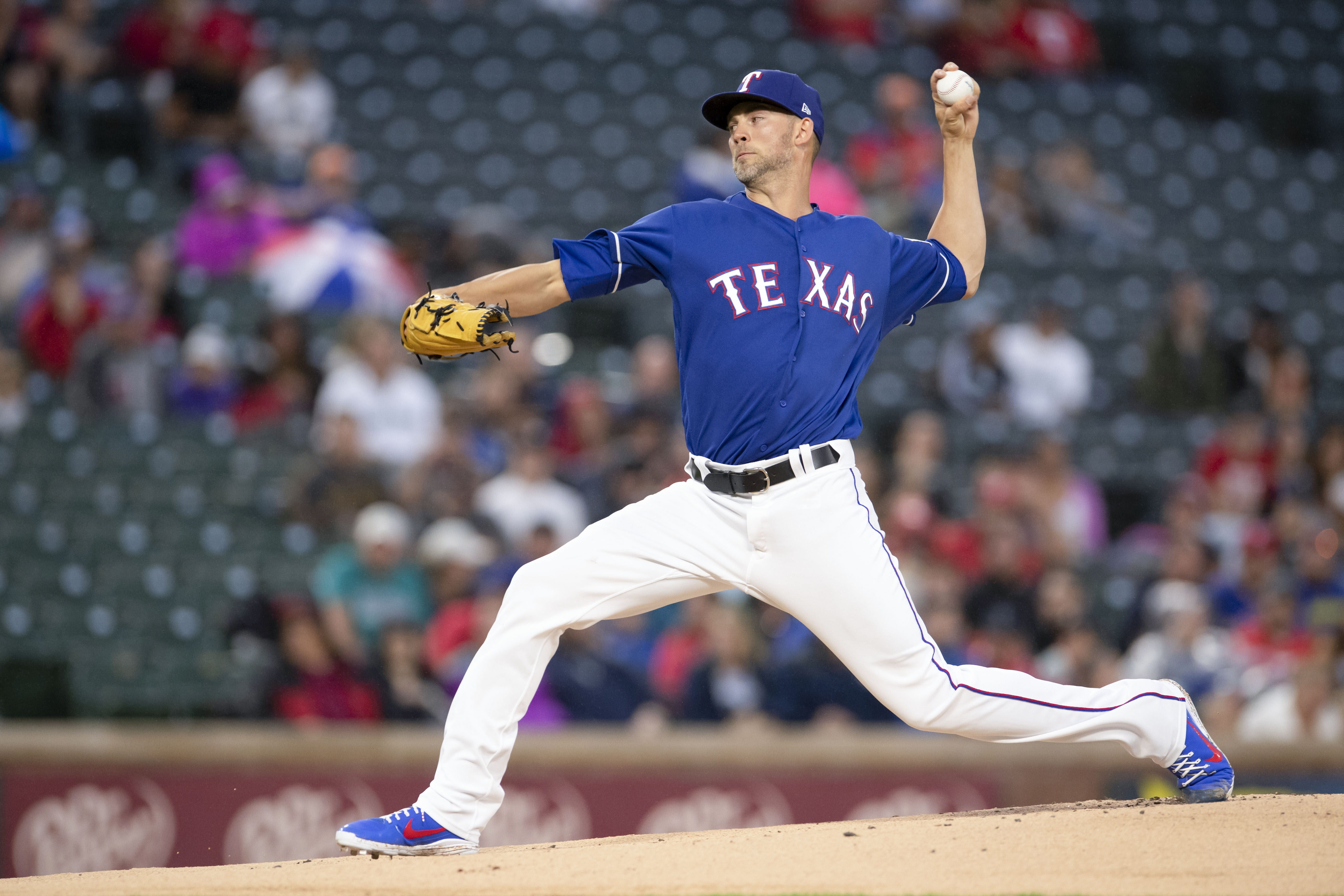 There had been an unresolved rumor about the New York Mets talking to the Texas Rangers at the Winter Meetings, and it appears we have finally figured out what the teams were discussing. The subject of the trade talks is Rangers’ starting pitcher Mike Minor, Ken Rosenthal of The Athletic reports, who the Mets and Philadelphia Phillies are showing heavy interest in. Minor, who turns 31 next week, went 12-8 with a 4.18 ERA and 1.21 WHIP in 28 starts for the Rangers last season. The complicating factor here is that the Mets are on Minor’s 10 team no trade list, while the Phillies are not, although there has been some speculation that he would be willing to waive the no trade to come to the Mets.

Minor would be a great fit for the Mets’ needs since he also has shown the ability to work out of the bullpen. The Kansas City Royals used Minor as a lefty specialist in 2017 and he thrived in that role, working to a 2.55 ERA and 1.02 WHIP while holding lefties to a .160 batting average in 65 appearances. That versatility would work well with the Mets, who could use insurance for both the rotation and bullpen, which Minor could provide. The teams aren’t particularly close to a deal, however, as Mike Puma of the New York Post reports that the Rangers are asking for a high price in prospects that the Mets don’t feel comfortable paying. Minor is under contract for another two years and will earn about $9 million a year, although it is worth noting that the Mets were interested in him last winter.

The Rangers are reportedly asking the Mets about David Peterson and Anthony Kay, the team’s top pitching prospects, and GM Brodie Van Wagenen is wise not to part with either for a 30 year old pitcher. The Mets could still look to add bullpen insurance either via free agency, where there are plenty of relievers available, or try to seek one in a deal for Kevin Plawecki. Plawecki is currently on the trade block after the addition of Wilson Ramos made him expendable.