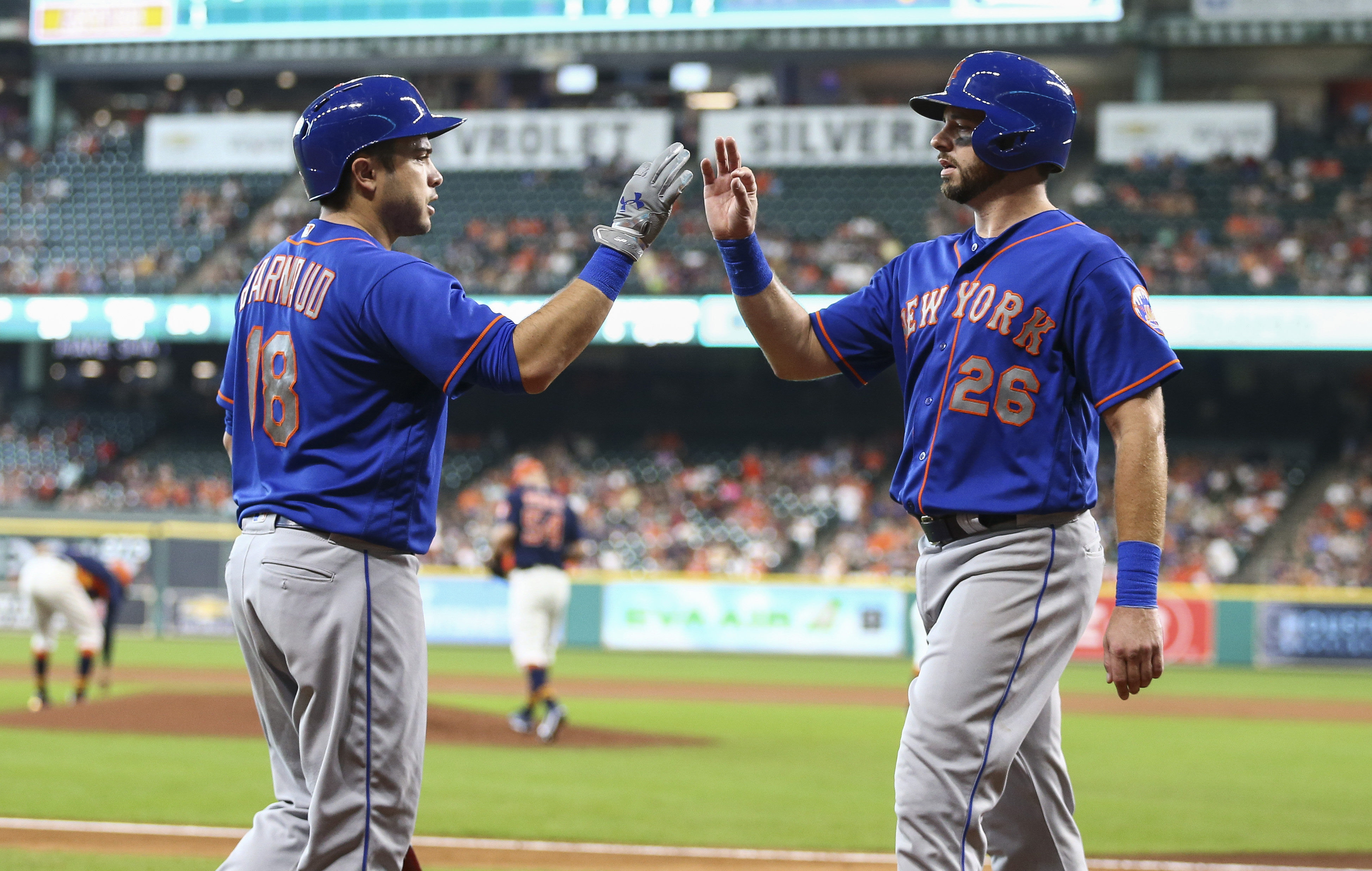 So … that Wilson Ramos acquisition has created a conundrum: The Mets have too many catchers. Travis d’Arnaud and Kevin Plawecki are sitting in a storage bin in California waiting for Darrell or Rene to bid a couple of hundred bucks in hopes that either/or will provide some value. And while it was assumed that the Mets would let go of Plawecki with d’Arnaud still recovering from TJ surgery, it seems that the Mets have options.

That’s right: there are teams that want both Mets catchers:

Mets are receiving "significant" interest in Travis d'Arnaud and Kevin Plawecki. Hearing it's possible one will be dealt for a backup infielder or outfielder. … Also, A.J. Pollock and Mike Minor not so likely right now.

Significant is in quotes. It probably means the Mets aren’t getting a third Cy Young award winner back for d’Arnaud, and if they got a sprinkler head back for Plawecki they’d be lucky. But the sign is out in the front yard, and teams apparently are biting. So let’s which one goes, and let’s see the bountiful treats that will return. (Like, seriously: I’d take Christmas popcorn at this point.)

Maybe Barry Weiss will buy one of these catchers. The return will probably be about the same as most of Barry’s buys on Storage Wars.