Breaking Down Five Keys for the Packers vs the Jets 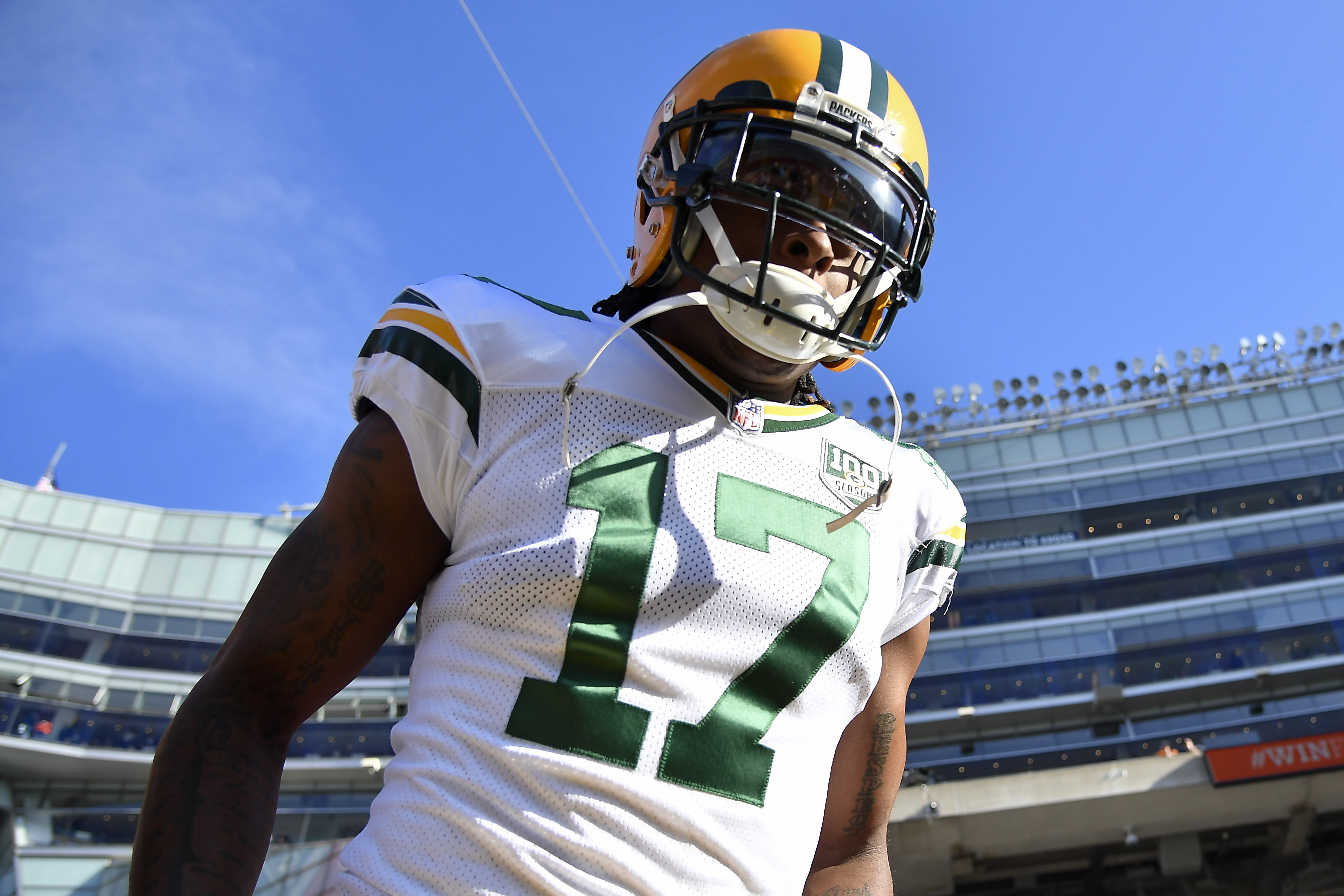 Breaking Down Five Keys for the Packers vs the Jets

The Packers look to win their first road game of the season when they travel to the Meadowlands to take on the New York Jets on Sunday. Green Bay sports a 5-8-1 record while the Jets are 4-10. The Pack fell to the Bears last Sunday 24-17 while the Jets lost to the Houston Texans 29-22.

The Packers and Jets have met only 12 times since the series got started in 1973. New York holds an 8-4 advantage all-time although the Packers have won the last two games between the teams. The last meeting came in 2014 when the Packers defeated the Jets 31-24 at Lambeau Field.

Here is a look at the key matchups and situations that will determine who wins Sunday’s game:

Rookie quarterback Sam Darnold has looked very good some games and struggled mightily in others. The third overall pick in this year’s draft has thrown 14 touchdowns and 15 interceptions this season. His completion percentage is a mediocre 56.7 while his yards-per-attempt is just 6.7.

Defensive coordinator Mike Pettine will need his shorthanded defense to keep Darnold confused with different looks much like they did to Josh Allen earlier this season against Buffalo. Darnold should throw a few tosses up for grabs and the defense needs to take advantage of these opportunities.

Getting to him to make mistakes early and cutting down his confidence will be critical to the rest of the contest. If the Pettine and the Green Bay defense confuse Darnold, they should win this football game.

The Packers are taking a risk in playing Aaron Rodgers this week. They cannot afford to allow Rodgers to get hurt, especially an injury that would hamper his ability to participate in the team’s offseason program or beyond.

The Packers offensive line is coming into this game shorthanded. Guard Byron Bell is already on IR. Tackle Jason Spriggs is in the concussion protocol and is listed as doubtful for the game. Tackle Bryan Bulaga is dealing with a knee injury while backup guard Lucas Patrick has missed practice time with an undisclosed illness.

The Packers will have to mix and match linemen which will hurt the team’s coordination along the offensive line.

The Packers need to protect Rodgers from the Jets pass rush. New York features a balanced group of rushers led by linebacker Jordan Jenkins and defensive tackle Henry Anderson. Jenkins is questionable with an ankle injury.

If Rodgers has time to throw, he should be able to find success against a very average Jets secondary which presently ranks 19th in the league in passing yards allowed per game.

The Packers offense has struggled on third down all season. They enter this game with a 36.9 percent success rate, far below expectations. Green Bay needs to improve in this area to be successful on offense.

The Packers need to be able to accept shorter throws on offense rather than having Rodgers look primarily downfield. Check down passes keep the chains moving and set up longer plays later in the game.

Running the football effectively will also keep the Packers out of third and long situations. Jamaal Williams will get the bulk of the carries now that Aaron Jones is out for the year with a knee injury. Behind Jones, the Packers have a group of new and inexperienced players on the roster some of whom may see some playing time when Williams needs a rest.

4. Slow Down the Jets Running Game

The Jets offense is 31st overall in the league but their run offense is ranked 22nd. The Packers need to slow down the New York rushing attack led by Isaiah Crowell. Crowell averages a healthy 4.8-yard average and leads the team with six rushing touchdowns.

If the Pack can slow down the Jets rushing attack, they can force Darnold to beat them with his arm, something the rookie may not be ready to do.

Blake Martinez, Dean Lowry and Tyler Lancaster will be they keys to stuffing the run especially with Kenny Clark ruled out of this Sunday’s game due to an elbow injury.

With no chance at the playoffs, the Packers need to give their younger players more of a chance to play. Expect players like Oren Burks, Kendall Donnerson, Robert Tonyan, Marquez Valdes-Scantling, Jake Kumerow and Equanimeous St. Brown to see increased playing time. The young receivers should be getting more reps with Randall Cobb listed as doubtful due to a concussion.

The Packers also should be getting the ball to Davante Adams as much as possible. Adams should be able to win his battle against the Jets secondary and with a strong finish he has a chance to break some franchise records for yards, receptions and touchdowns in a single season.

The Packers have the better team on paper, even with the injuries hampering the team in key areas like the offensive and defensive line, wide receiver and defensive back.

Pettine and his defense have done well against rookie quarterbacks this year and Darnold should not be able to put up big numbers on Sunday. The offense should be able to get into a rhythm, much like they did against Atlanta. They weren’t spectacular against the Falcons, but they were good enough.

The Packers never make it easy, but they should win their first and only road game of the season.