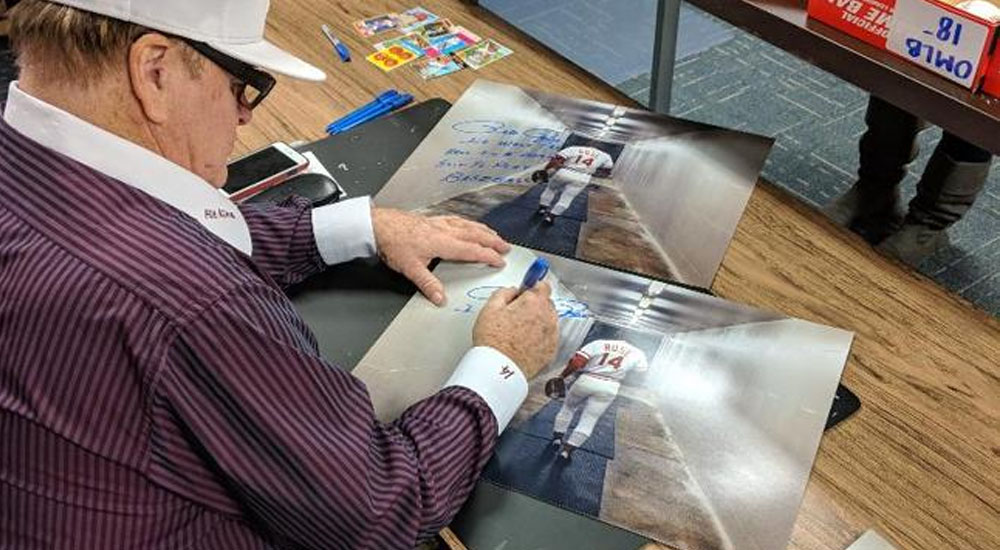 A private pre-Christmas autograph signing turned into something out of a Dr. Seuss book when a group of young grinches made off with a custom Pete Rose bat

On Monday, Major League Baseball’s “Hit King” was at Sports gallery in Forest Park, Ohio, when a group of juveniles entered the suburban Cincinnati memorabilia shop and grabbed the bat.

Shop owner Mark Fugate saw the boys running out of his establishment…lumber (valued at $150) in hand.

“We had a bunch of kids that came in the front door,” Fugate said. “Next thing I know, this bat is being held by one of the kids and they are running around and out the store.”

Joining in on the chase was officer Greg Huber. The 30-year veteran was able to run down the suspects after they dropped the bat.

But nabbing the suspects and returning the bat to its rightful owner wasn’t the exciting part for Huber…it was meeting Rose.

No charges were filed following the incident.