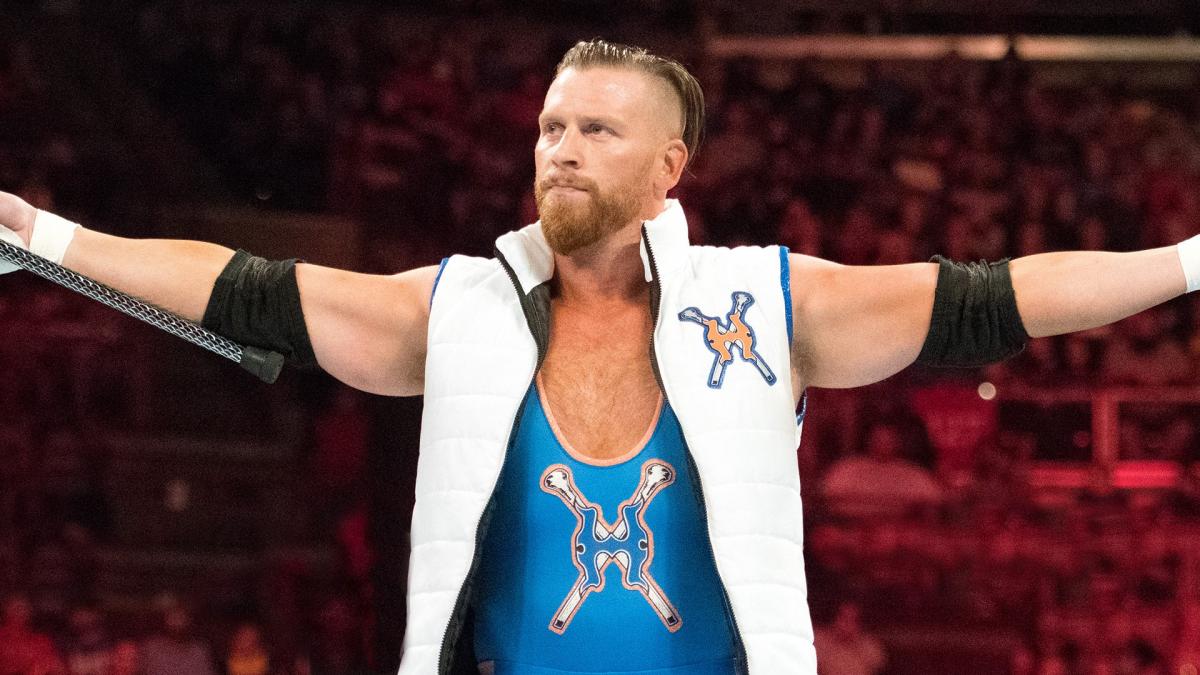 Curt Hawkins’ lengthy losing streak has extended beyond the WWE locker room. Now, it seems as though Hawkins can’t get a win against anybody.

Earlier this week, current NBA player Enes Kanter showed up at Hawkins’ Create-A-Pro Wrestling training school. While thanking the 6-foot-11 center for his appearance, Hawkins explained that he hasn’t won a match in over two years, before trying to get the jump on Kanter.

The big man was ready, quickly hitting the WWE Superstar with a chokeslam and covering him for the three count while Dana Brooke looked on.

Hawkins, who is a former WWE Tag Team champion, has not won a match since defeating Apollo Crews on the November 8, 2016 edition of SmackDown.

Kanter, a member of the New York Knicks, teased that a pro wrestling career could follow his playing days on the basketball court. If you’re not familiar with Kanter, he also referred to Lebron James as ‘princess’ at one point last season.

He joins New England Patriots’ tight end Rob Gronkowski as professional athletes to enjoy some success in the wrestling ring and like ‘Gronk’, could someday garner interest from WWE if he was truly interested in a career in sports entertainment.

NEW YORK, NY – NOVEMBER 13: Enes Kanter #00 of the New York Knicks celebrates his shot in the first half against the Cleveland Cavaliers at Madison Square Garden on November 13, 2017 in New York City. NOTE TO USER: User expressly acknowledges and agrees that, by downloading and or using this Photograph, user is consenting to the terms and conditions of the Getty Images License Agreement (Photo by Elsa/Getty Images)

However, at just 26 years old, Kanter likely still has plenty of basketball yet to play.

Hawkins’ losing streak has become what he is best known for. In all likelihood, WWE doesn’t have any plans to end that streak anytime soon as it gives him a storyline at a time when he likely wouldn’t have one.

Still, Hawkins’ supporters would likely be overjoyed to see this streak get broken, even if it’s all in fun, as was the case in this “match” with Kanter.

Hawkins, now 33 years old, initially debuted in WWE all the way back in 2007. He has paid his dues, so to speak, so it will be interesting to see if this terrible losing skid ever leads to an opportunity which many fans within the WWE Universe feel he deserves.