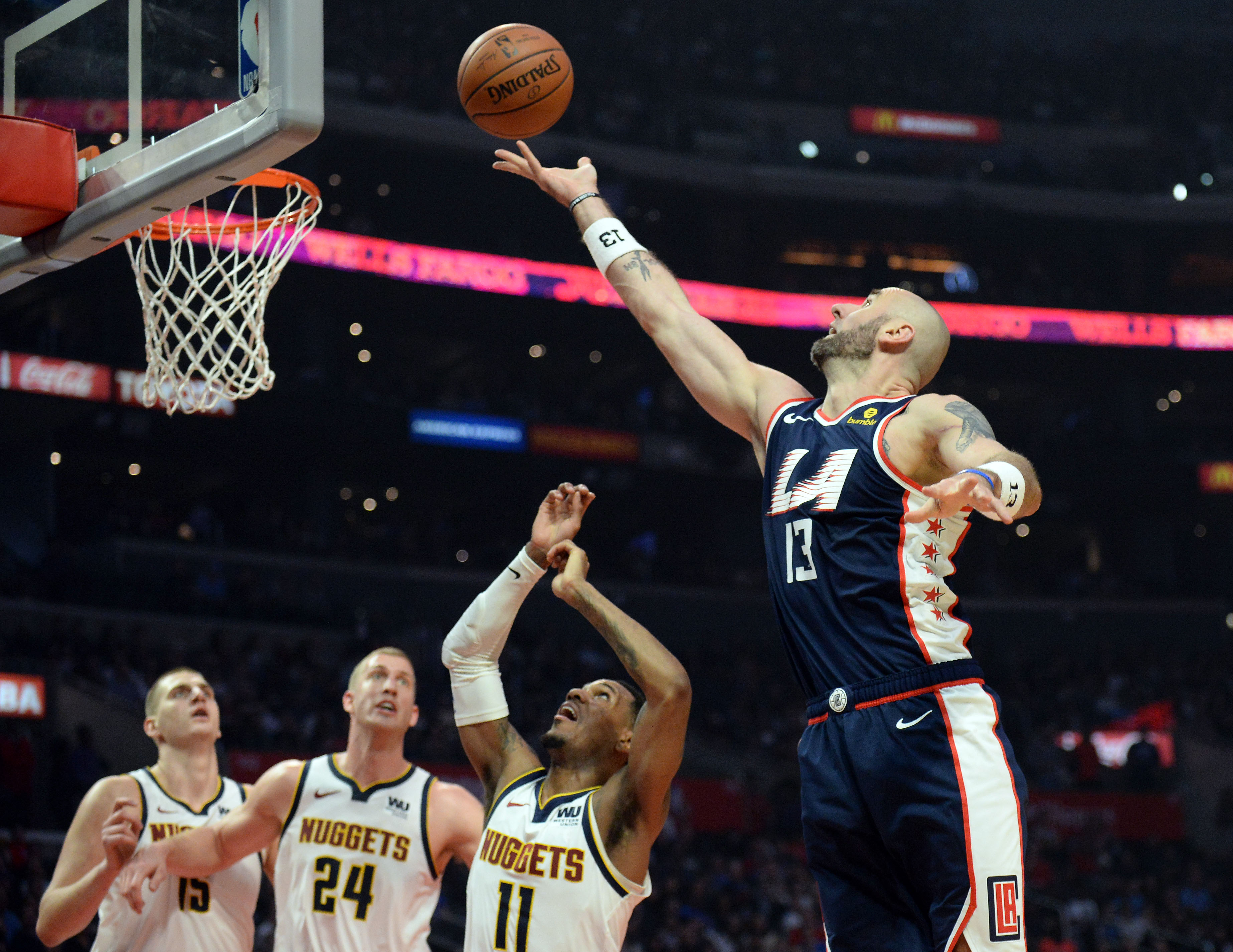 One of the biggest reasons the Clippers defeated the Denver Nuggets yesterday was because of Marcin Gortat.

While Gortat only put up 4 points and 11 rebounds, he set the tone early by playing physical defense on Nikola Jokic. It was the first time in a long time that Clamp City resembled themselves. You could tell that Gortat’s aggressive defense was frustrating Nikola Jokic. Jokic became irritated enough that he haphazardly got himself ejected in the third quarter. He still put up a decent stat line prior to the ejection though: 19 points, 6 rebounds, 3 assists, and 4 turnovers.

Even though Jokic was having a good game, Gortat threw him off mentally. That type of play style is exactly what Doc Rivers wants out of the Polish Hammer.

“Gortat needs to be a physical player, a pick setter, a roller, an instigator,” Rivers said. “It’s good to have a guy that can instigate, and I thought he did that.”

It’s obvious that Gortat isn’t going to consistently fill up the stat sheet for the LA Clippers, but what he can do is make it tough for opposing teams to score. He can make it so tough for opponents to score, that they completely lose their cool. The Clippers desperately need to go back to the team that “made opponents feel their presence”, and Gortat is a key factor in doing that.

Gortat spoke about Jokic’s ejection post-game, and didn’t hold back his strong opinion about the center.

“He’s the biggest flopper in the history of NBA,” Gortat said. “He’s the biggest flopper, 300-pound dude and flopping all the time. At the end of the day, he’s very skilled, he doesn’t have to flop every time, but that’s what’s happening. All of a sudden, he pushes me out of bounds and he complains about it? It is what it is. Fouls being called both ways.”

The fact that Gortat continued to poke at Jokic post-game, only adds to his irritant role. It may bite the team in some cases, but yesterday it worked perfectly for him. His attitude gives the Clippers a great edge that can, and did, help the team win.