Islanders head into Christmas break with 3-1 win over Dallas 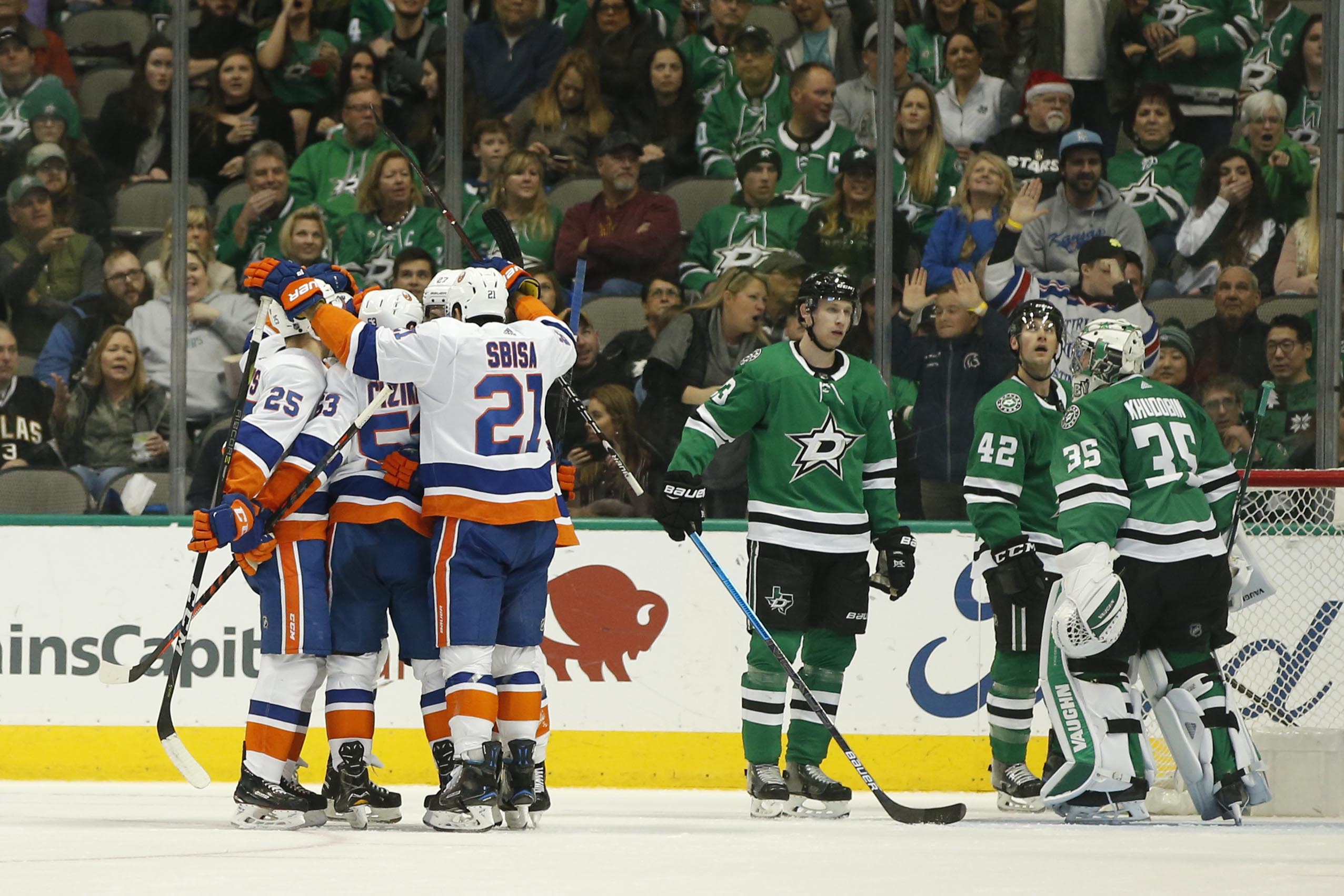 Islanders head into Christmas break with 3-1 win over Dallas

The Islanders gave their fans an early Christmas present on Sunday night, defeating the Dallas Stars 3-1 and heading into the holiday break off a successful west coast road trip.

It was the early third-period goal by Anders Lee that served as the game-winner for the Islanders. Lee deflected a shot from the point, which snuck by Dallas’ starter Anton Khudobin.

The goal was originally awarded to Jordan Eberle, but was later changed to Lee.

The win capped off a four-game west coast trip that saw the Islanders make stops in Colorado, Arizona, Las Vegas and Dallas. The Islanders went 3-1-0 on the trip.

“You look at the teams that we played and the road trip it’s out west a little bit,” Lee told reporters after the game. “It’s a critical time of year right before a little bit of a break, where you can start thinking about that or a day off or something. We just played good hockey for four games.

“We laid a little bit of an egg in Vegas, but we responded really well tonight.”

The Islanders fell behind in the second period, despite playing a good game to start. Tyler Pitlick was able to sneak one by Robin Lehner at 6:20.

Casey Cizikas scored a fluky goal at the 14:10 mark of the second period to tie the game at one. Leo Komorav scored an empty net goal with a minute left in the game to seal the win.

#Isles G Robin Lehner on 3-1 win at Dallas: "I think we played a hell of a hockey game. We really shut down their good players. We made it difficult."

The Islanders did lose a player in the win. Cal Clutterbuck left the game with a lower-body injury. However, Barry Trotz told Newsday’s Andrew Gross that it was “nothing major.”

Devon Toews made his NHL debut in the win. The rookie defenseman saw 18:05 of ice time, which included 1:49 on the power play.

.@DevonToews6 leads the boys out for warmups tonight in Dallas! #Isles pic.twitter.com/IBSjLubcEJ

The Islanders will be off for the next four days before they return to action on Friday at home against the Ottawa Senators.