Should the Kings have drafted Luka Doncic? 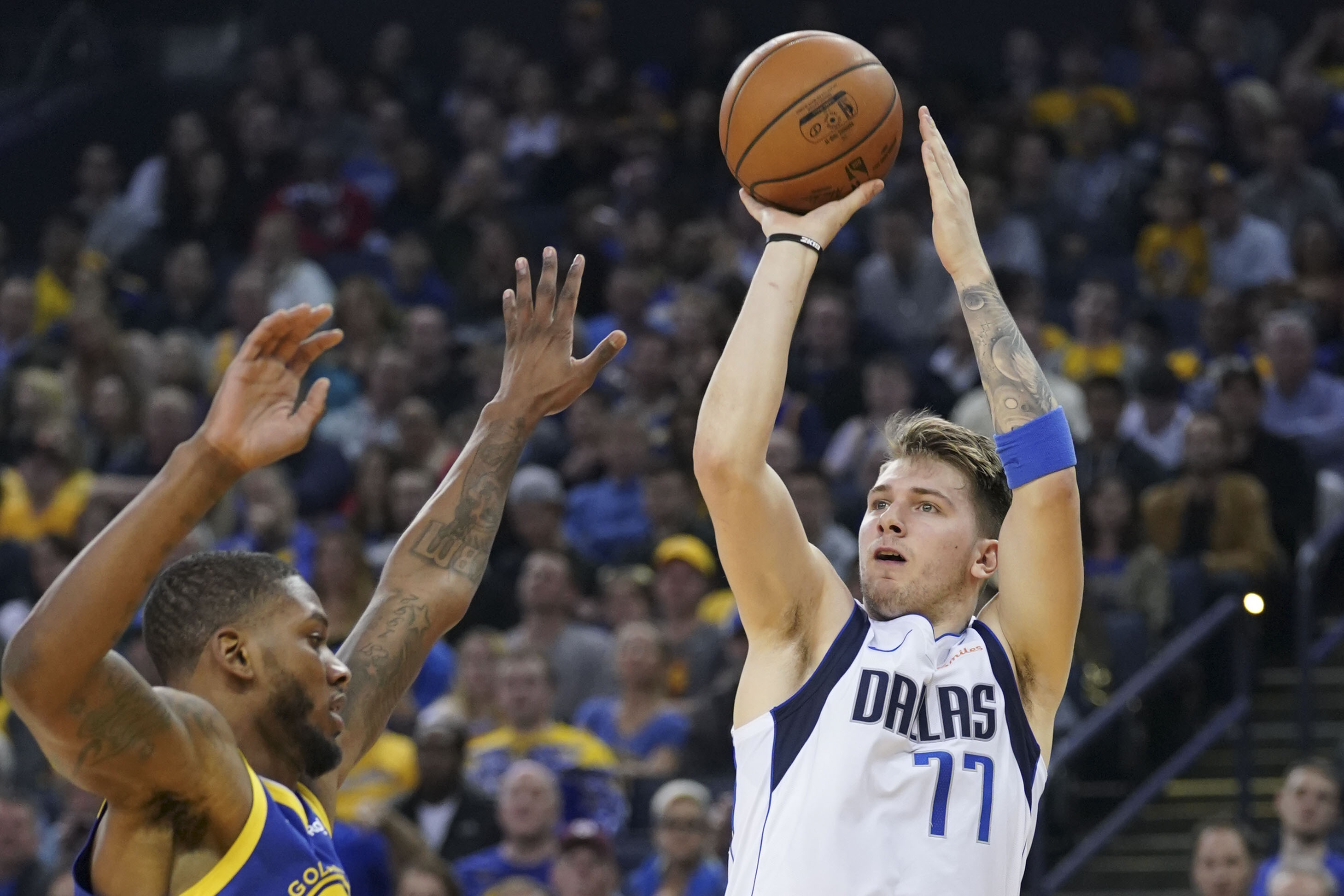 Should the Kings have drafted Luka Doncic?

NBA history features a few prominent stories of No. 3 draft picks who made teams that owned the No. 2 pick wish they had a do-over.

Penny Hardaway was the No. 3 pick in 1993 after the Philadelphia 76ers chose Shawn Bradley second.

Carmelo Anthony went third in 2003 after the Detroit Pistons took a chance on Darko Milicic with the No. 2 pick.

James Harden was the No. 3 choice in 2009 following the Memphis Grizzlies’ selection of Hasheem Thabeet.

Noticing a theme? In a lot of instances where the third pick out-shined the second pick, the No. 3 choice was a dynamic and creative perimeter player that was passed over for a big man whose size was just as or more appealing than his skills.

In the 2018 draft, the Sacramento Kings used the No. 2 pick on Marvin Bagley III, a 6-foot-11 power forward who was dominant (21.0 points, 11.1 rebounds per game) in his freshman season at Duke University.

In the early stages of his pro career, Bagley has shown flashes of greatness. The 19-year-old has been sidelined for the last week with a knee injury, but all signs are showing he could very well develop into a star for the Kings.

But there’s another 19-year-old out there who could eventually haunt the Kings in the foreseeable future, as he has recently become the runaway favorite for NBA Rookie of the Year and looks like a lock to be a bona fide superstar.

That would be Luka Doncic, the Dallas Mavericks’ guard/wing who was the No. 3 pick in the 2018 draft — right after the Kings chose Bagley second.

Doncic is averaging 18.8 points, 6.5 rebounds and 4.9 assists through 30 games and is clearly in line to be the face of the Dallas franchise whenever 40-year-old Dirk Nowitzki decides to retire.

Doncic is a 6-foot-7 playmaker and shooter who grew up in Slovenia and played pro ball in Spain before coming to the NBA.

His early-season highlight reel includes a 26-point effort in his second NBA game (a win over the Minnesota Timberwolves), a 31-point showing against the San Antonio Spurs, 24 points in a win over the reigning champion Golden State Warriors, 23 points and 12 assists against the Denver Nuggets, and a 32-point game against the Los Angeles Clippers.

But the signature performance of Doncic’s rookie year so far came on Dec. 8 when he scored 11 straight points in the fourth quarter to lead a comeback victory over the Houston Rockets.

Marvin Bagley, meanwhile, has been solid for the Kings. He’s averaging 12.7 points and 6.1 rebounds per game even though he’s still coming off the bench and being brought along slowly by Sacramento coach Dave Joerger.

Bagley put up 20 points and 17 boards in a one-point loss to the Warriors. He posted 15-and-13 with three blocks in a win over the Oklahoma City Thunder. Bagley had 20-9-5 against the Nuggets. He tallied 19 points, eight rebounds and three steals against the New Orleans Pelicans, going head-to-head at times with their superstar forward Anthony Davis and holding his own.

But Bagley has not made the impact or captured the public’s attention like Doncic. Bagley has been good, but Doncic has been great.

Which brings us back to the 2018 NBA Draft, and which makes people start to ask: Should the Kings have taken Doncic instead of Bagley? (Should the Phoenix Suns, who had the No. 1 overall pick and used it on 7-foot-1 center DeAndre Ayton, have taken Doncic?)

At the time, the Bagley pick made perfect sense for Sacramento.

The Kings appeared to have their backcourt of the future in place with youngsters De’Aaron Fox and Buddy Hield, plus a couple of solid young guards coming off the bench in Bogdan Bogdanovic and Frank Mason III. Nobody would have objected to Sacramento taking a small forward, though, which Doncic can play. But the team had an obvious need for another big.

Plus, there was plenty of talk in basketball circles that Doncic and/or his people didn’t want to go to the Kings, whereas Bagley said prior to the draft that he was excited at the possibility of starting his NBA career in Sacramento.

For what it’s worth, Kings general manager Vlade Divac said the decision to pick Bagley over Doncic was an easy one.

There’s no need to say Divac was right or wrong at this point in the season.

It would still be too early at the end of this season to make that call. There have been plenty of players who had great rookie seasons, only to either peak there or decline. (Michael Carter-Williams, Mike Miller, Larry Johnson, to name a few.) Just as there have been plenty of players who became all-time greats after a less-than-amazing rookie season. (Kobe Bryant, Steve Nash, Kevin Garnett, to name a few.)

But with the NBA’s unofficial mainstream reveal approaching on Christmas Day, the early returns say that Doncic is the best player from this group of rookies, and teams that had a chance to get him and didn’t — a.k.a. the Kings — will come to regret that decision.