Packers WR Jake Kumerow Had a Long, Tough Road to the NFL 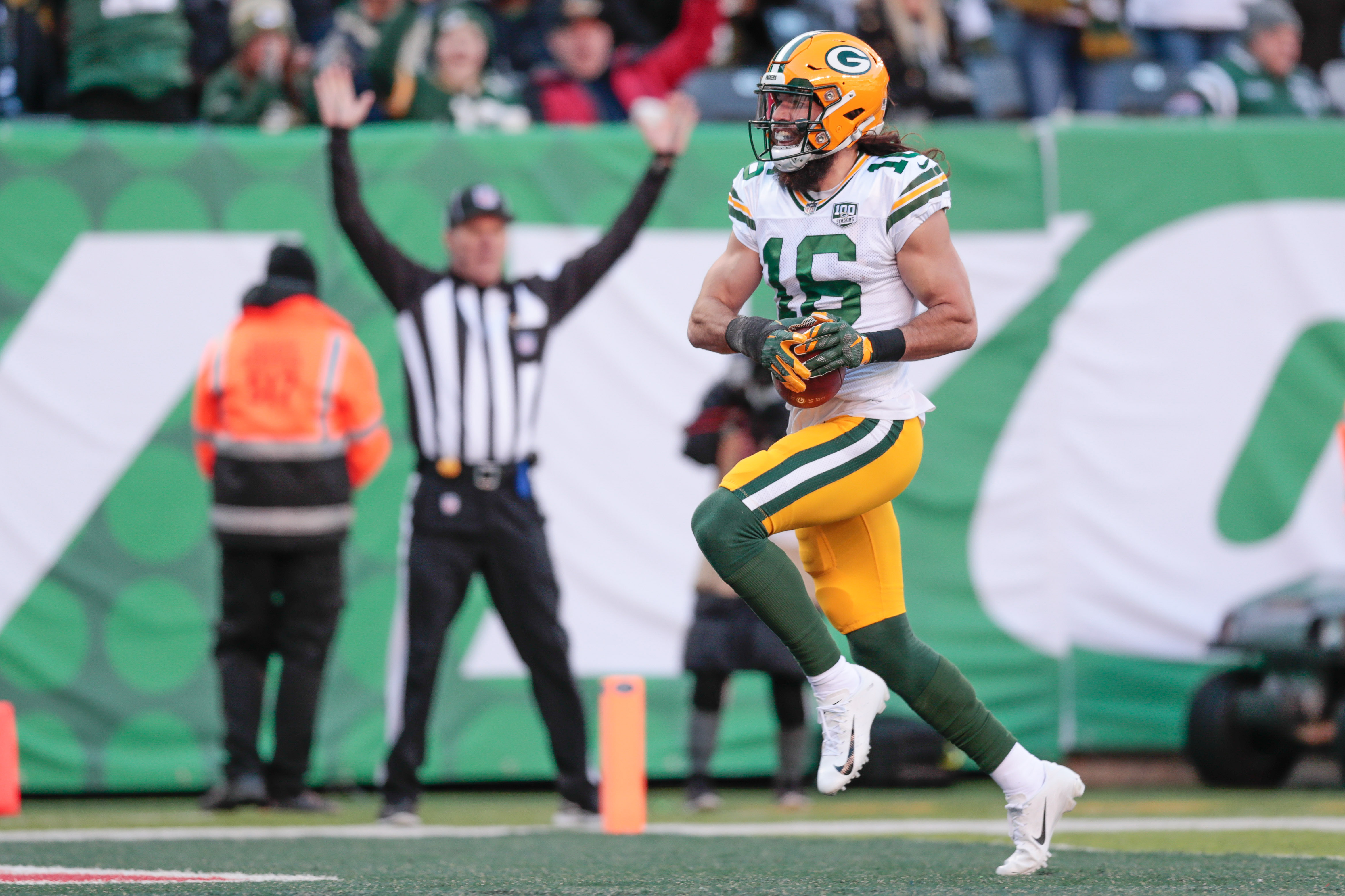 Packers WR Jake Kumerow Had a Long, Tough Road to the NFL

It’s been a long and difficult road for Packers wide receiver Jake Kumerow to finally reach the NFL, but the Wisconsin-Whitewater alum achieved another milestone Sunday when he scored his first NFL touchdown against the New York Jets.

Kumerow did it in style, making a 49-yard reception in the second quarter. He went deep down the right side on the play, positioned himself in between the safety and the cornerback and then cut back to the middle of the field and ran into the end zone.

“It meant a lot to score the first one, it felt really good,” Kumerow told reporters after the game. “I listened to the play call in the huddle and executed my assignment like I do every day in practice. I didn’t have to change anything I just had to run my route. When I took off running, I felt that I was kind of open and I said, ‘I hope he sees me.’ I turned my head and it was on the way.”

Kumerow starred at Wisconsin-Whitewater where he set a school record for touchdown receptions and helped the Warhawks win a pair of NCAA Division III championships. But he wasn’t selected by any team in the 2015 Draft and signed with the Cincinnati Bengals as an undrafted free agent.

In 2017, Cincinnati released him in September, but the Patriots signed him to their practice squad a month later. He lasted just two weeks in New England before they released Kumerow and signed with the Packers practice squad last December 26.

This year, Kumerow excelled in training camp and during the preseason, but injured his shoulder when diving into the end zone after scoring an 82-yard touchdown pass against Pittsburgh.  He finished the preseason with six catches for 190 yards and two touchdowns in just a pair of games before being sidelined. The Packers placed him on the injured reserve after the final cuts and it seemed like his season would be over.

Kumerow was upset about being hurt just when it seemed he was about to get his big chance to make an NFL roster, but he learned about perseverance from his father, Eric, who was a first-round pick of the Dolphins in 1988 but had his career cut short by injuries after only three seasons.

When Kumerow complained to his dad about his frustration about being injured, his father told him, “Complaining is not going to get you better,” Kumerow recalled. “You have to get in there and go through the treatment. Go through the process.”

The process meant rehabilitating his shoulder and waiting for a chance to play again. When injuries struck the team’s receiving corps later in the season, Kumerow got his chance. He was activated off the IR and played his first regular-season NFL game December 2nd against the Cardinals. He made his first catch in that contest, an 11-yard gain.

In Week 16 against the Jets, Kumerow had the best game of his career. He caught three passes for 68 yards including that 49-yard touchdown that got the Packers offense on the board after they fell behind early 14-0.

“It was a great feeling,” Kumerow said. “We’ve run that play a bunch of times in practice and I’ve caught that same ball a bunch of times. There’s really nothing different. I’m just glad to be out there helping the guys put points on the board and helping the team win.”

Quarterback Aaron Rodgers took a liking to Kumerow in training camp and even singled him out for praise when he criticized some of his younger receivers in August. He was very excited for his teammate’s big milestone.

“I just think he’s such a good and guy a good teammate and he practices the right way,” Rodgers said after the game. “He’s been around he’s been cut by a number of teams and just the story is so incredible. It was fun to be able to get him his first touchdown.”

The milestones have come quickly for Kumerow this month. He played in his first regular-season NFL game, made his first catch and now grabbed his first touchdown. He is hopeful that with hard work and perseverance, this is just the start and not the end of his NFL journey.