Packers RB Jamaal Williams Is Showing What He can Do 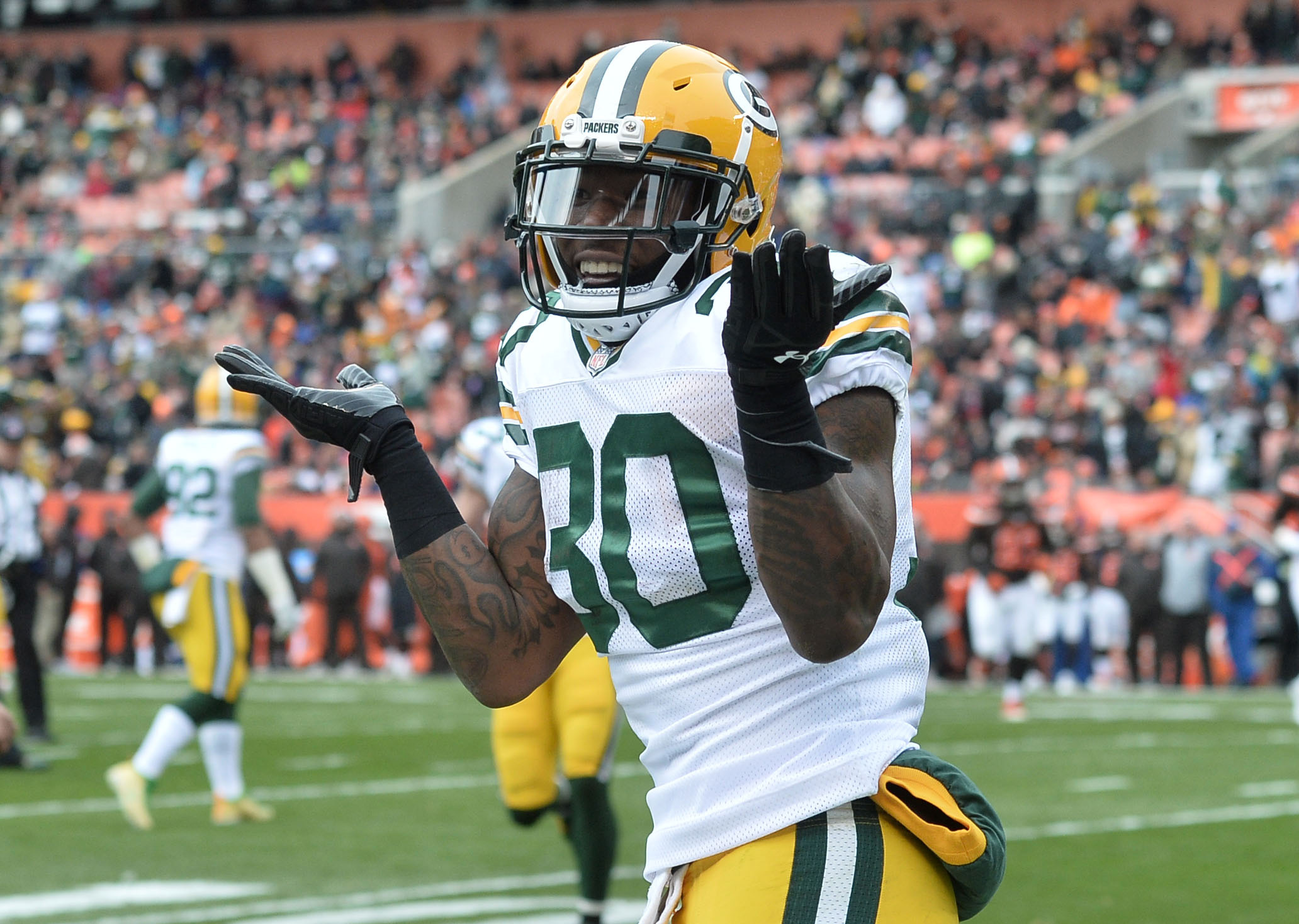 Packers RB Jamaal Williams Is Showing What He can Do

Packers running back Jamaal Williams played his best game of the season last Sunday against the New York Jets. Williams finished with 95 yards rushing on 15 carries and caught six passes for another 61 yards. The 156 total yards was a new career high for the second-year man out of BYU.

But Williams’ performance was more than just numbers. He scored a rushing touchdown that was truly a thing of beauty, demonstrating determination, excellent balance and plenty of toughness.

He also caught a key screen pass in overtime that helped the Packers set up the winning score. His blocking was also important to the Green Bay offense, including a key blitz pickup that made Aaron Rodgers’ 49-yard touchdown pass to Jake Kumerow in the second quarter possible.

Interim head coach Joe Philbin couldn’t say enough about Williams who was thrust back into the starting lineup when Aaron Jones went down with a knee injury during the loss in Chicago.

“The guy is a football player and that’s a high compliment as far as I’m concerned,” Philbin told reporters after Sunday’s game. “He’s tough, he’s smart, he gives everything he has, he’s versatile, he’s a real team player and he’s a good football player…I love the guy, he’s a competitor. You couldn’t ask for a better Green Bay Packer than Jamaal Williams.”

Williams simply stepped up and delivered when given the opportunity. It was also when his team needed him most since he was the only healthy running back on the roster with any game experience in the Green Bay offense. The only other halfbacks on the roster were the recently signed Kapri Bibbs and Lavon Coleman who was just promoted from the practice squad.

Give Williams credit for continuing to work hard even after he lost his starting job to Aaron Jones earlier this season. He must have heard the outcry from the fans and the media demanding his playing time be cut and more carries be given to Jones. But Williams continued to persevere and prepare and when the team called upon him, he was ready.

In the two games since Jones’ injury, Williams has been extremely productive. He’s carried the ball 27 times for 150 yards and two touchdowns for an impressive 5.6-yard average. He also has 10 receptions for 103 yards. Essentially, Williams has been a key cog in the offense.

Williams showed a decisiveness and quickness that he hadn’t always displayed in the past. He cut back and made defenders miss and picked up tough yards inside as well.

“There are some good pictures of him getting his shoulders square, and making a decision,” Philbin added. “And the line created some space for him. He played fast, he played decisive.”

Offensive tackle Bryan Bulaga was proud of the job his unit did blocking for Williams. “I feel like we ran the football really well today,” Bulaga said. “I don’t know what the numbers were at the end, but I felt like when we were calling runs, we were getting four or five yards and moving the line of scrimmage, and getting Jamaal the lanes he needed.”

When the lanes were there, Williams took advantage of them.

Williams has clearly impressed his present coach. “I really like his versatility,” Philbin explained earlier this season. “I think he can run the ball inside, he can run the ball outside, he appears to have a good blend of some power and strength, and he’s got some shake in his body.”

Williams will get one more start for the Packers this Sunday when the team hosts Detroit. Then, come training camp, he will have to battle with Jones and any newcomers the team brings in for playing time. Williams is determined to make sure the new coach notices what he can do when he views the team’s film and analyzes the current players. His strong finish to this season should only create more opportunities for Williams in 2019.