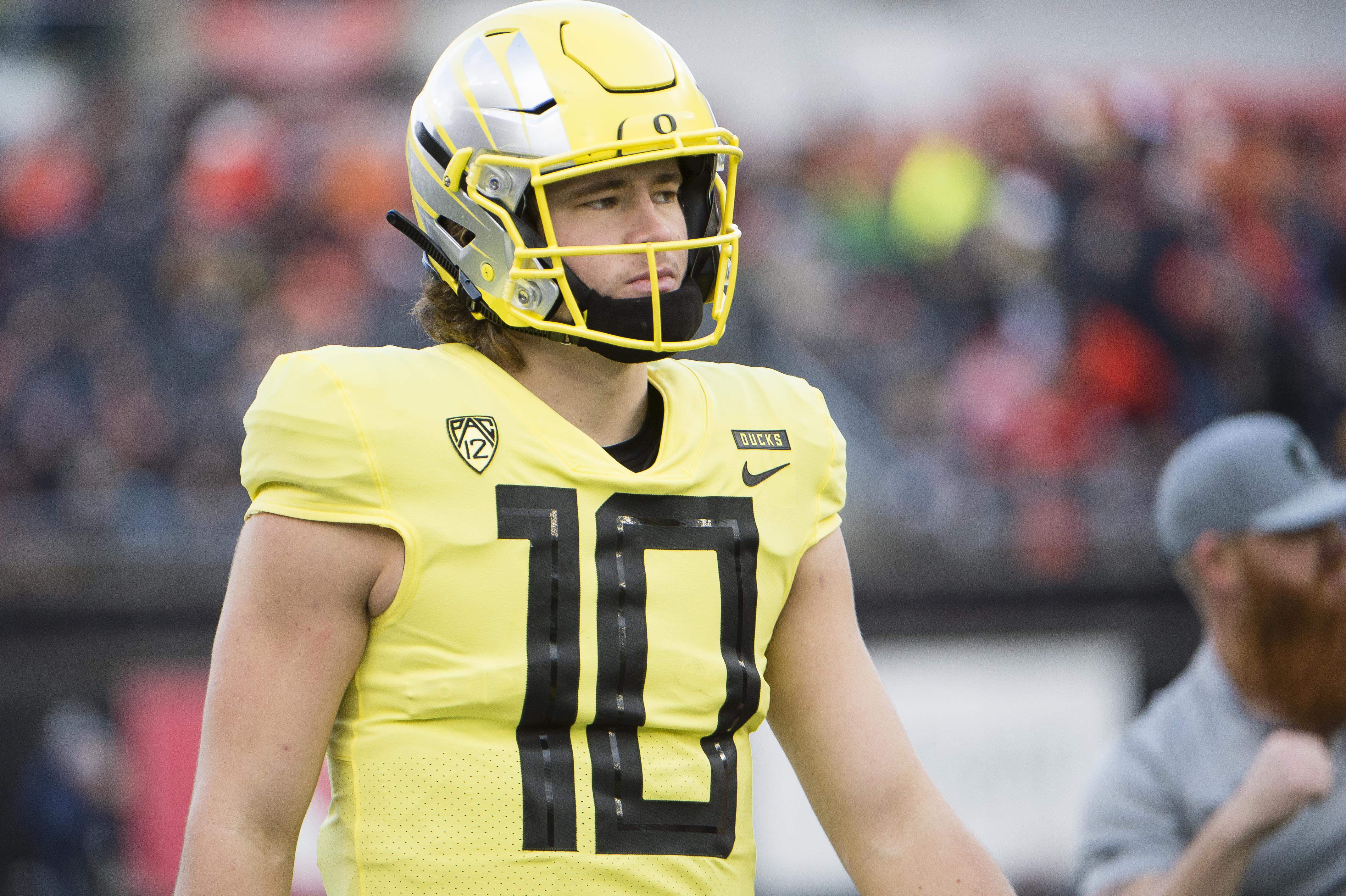 Did the New York Giants have a master plan in place when they decided to pass up on a quarterback-heavy draft to take a running back with the second overall pick? Many have speculated that was the case earlier on in the season. Sure, the Giants got a massive talent at running back with Saquon Barkley, but their issues on the offensive line, and at quarterback are really holding their team back still.

Apparently, Pat Shurmur and the Giants believed that Eli Manning had a few years left heading into 2018. And to this day, the Giants claim that Manning is still a serviceable quarterback moving forward. Now, whether that’s true or not is debatable, but one thing is very clear outside of New York, the Giants need a young quarterback for the future, if not, for now.

The 2018 NFL Draft Class for quarterbacks was stacked. The Giants missed on a few guys, so what. There’s always that Oregon Ducks quarterback who had all eyes on him from scouts since early September. Justin Herbert was easily the favorite prospect for the 2019 NFL Draft at the quarterback position, but he’s no longer going to be available. After plenty of rumors went around that Herbert was contemplating staying in school for one more year, it’s officially confirmed. Herbert will be back on the Ducks in 2019.

There was one more present under the tree. #GoDucks pic.twitter.com/ALeRv0zc1G

The Oregon football program got some incredible news this week as they were made aware that their star quarterback will not head off into the pros just yet. Although Herbert was already viewed as a first-round prospect, it won’t matter this season. Now, Herbert will have the opportunity to improve his game for one more season before coming out.

As for the Giants, there aren’t many options left for them in this draft. Aside from Herbert, Ohio State’s Dwayne Haskins was the only other potential first-round prospect as of right now, and even that’s a stretch. New York may have to cough up some of the big bucks to a questionable free agent this spring. That is of course if they are done with Eli Manning for good.