What If Paul Goldschmidt is "Only" as Good as Matt Holliday? 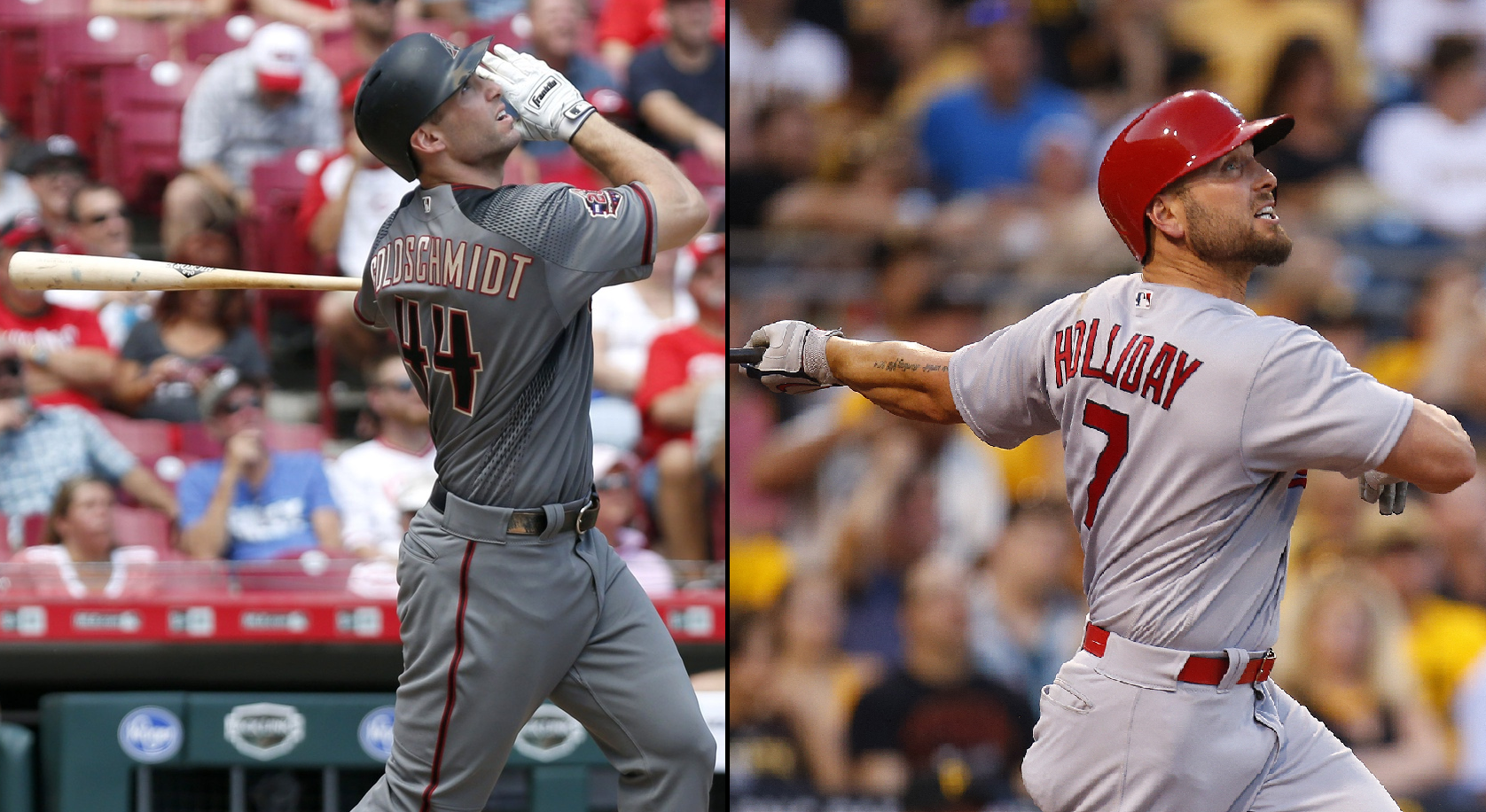 What If Paul Goldschmidt is "Only" as Good as Matt Holliday?

We have reached what may be the most boring week of the baseball news cycle, Christmas through New Year’s. Typically, talks slow down as teams, players, and agents spend time with family during the holidays. Sometimes things happen, it’s not completely dead, but it is traditionally a slower week compared to the rest of the winter.

All that to say, I had to get creative to find a semi-fresh Cardinals topic.

Here’s the path I took:

First, the great Derrick Goold presented what he has gathered to be a ballpark for a possible Goldschmidt extension with the Cardinals, estimating it at 5 years and $150 Million.

Next, one gentleman I follow on Twitter (@GrumpyCardsFan) tweeted his thoughts on that information, following up by saying, “Feels like you’ll probably get Holliday-as-a-Cardinal production from him over that span.”

This parallel between Matt Holliday and the level of expectation for Goldschmidt moving forward was also mentioned in passing on a recent episode of the Bird Law podcast. However, that particular tweet re-ignited my thinking on the topic.

Now, maybe you are thinking, “Ugh, only as good as Holliday? I thought they were getting a stud.” Or maybe you’re not thinking that at all. Either way, bare with me for a hot second.

Another Twitter follow (@GrahamSTL) recently asked an unrelated question of, “Bryce Harper would be the best Cardinals RF since Lance Berkman, True or False?” My, and many others, initial thought was that Carlos Beltran was better and more recent than Berkman. However, the numbers say otherwise with Berkman posting a 4.8 fWAR in 2011 — compared to 3.4 for Beltran in 2012 — and a 163 wRC+ that was the 2nd highest mark in a fantastic career. It made me realize — perhaps because it was essentially a 1-year fling with Berkman — that it is very easy to forget just how great he was that season.

And so my point is, I believe that we also forget how great Holliday actually was during his Cardinals career.

He ranked as the Redbird Daily’s 20th Greatest Cardinal, for heaven’s sake.

And that’s the long road that arrives at this topic.

What if Goldschmidt is only as good as Matt Holliday moving forward?

Is that below expectations?

Should we be thrilled that Holliday-level production would leave the Cardinals with a very productive player into his late 30’s?

Holliday came to the Cardinals at age 29. However, I don’t feel that using Pre-Cardinal/As-Cardinal as the demarcation is a good way to go. As age is the biggest driver behind the idea that Goldschmidt would regress to Holliday levels — and with Goldy playing 2019 at age 31 — I’m using that age as the dividing line in Matt’s career.

Conveniently, Holliday and Goldschmidt played their first season of 120+ games at the same age, 24, meaning they played the same number of “full” seasons prior to age 31. Here’s how they compare — by wRC+ — from age 24-30.

An additional parallel, Holliday was a 3-time All-Star and received MVP votes every year from 2006-09, peaking at 2nd place in 2007.

Goldschmidt was a 5-time All-Star and received MVP votes in 5 of those seasons, finishing in the Top 3 on 3 occasions. While Goldy was more illustrious, they were similarly decorated individuals.

ST. LOUIS, MO – SEPTEMBER 26: Matt Holliday #7 of the St. Louis Cardinals hits his second one run double during the second inning against the Milwaukee Brewers at Busch Stadium on September 26, 2015 in St. Louis, Missouri. (Photo by Jeff Curry/Getty Images)

The rest of this comparison is predicated on the idea that the Cardinals work out an extension with Goldschmidt to play beyond 2019. We’ll use Goold’s estimate of 5 years for that. That means 2019 + 5 more seasons, for 6 total seasons.

Conveniently, Holliday played exactly 6 seasons with the Cardinals at age 31 and older (2011-16).

Here is what he did offensively during those years and where it ranked in the NL (min. 500 PA’s):

What we can see is that for the first 3 seasons, Holliday remained one of the premier hitters in the NL. He received MVP votes every year from age 32-34. The Cardinals also reached the NLCS — and one World Series — each of those years with him anchoring the lineup, post-Pujols.

Even as he entered decline at age 34, he remained one of the 15 (technically 17) best hitters in the league. That means, if you were to simply distribute all NL talent evenly among teams, he would have still been the best hitter on his team during those year.

For perspective on those final 2 seasons, or “out years” as the Cardinals like to call them…

If you are telling me that age 35 — in the 2nd-to-last year of his (theorectical) extension — Paul Goldschmidt will be as productive as those players, I’m taking it all day long.

If you are telling me that a 36-year old Goldschmidt, in the final year of an extension, will replicate Marcell Ozuna’s frustating-yet-still-decent 2018 season, again I will happily take it.

In short, if the Cardinals and Goldschmidt are able to agree to an extension beyond 2019 and he performs like age 31-36 Matt Holliday during the course of that extension, the Cardinals are in great shape.

Hitting like Holliday is not a bad thing. He wasn’t a flashy player and didn’t put up gawdy HR totals — never topping 30 in STL and just twice in his career — but he was quietly, incredibly productive. We tend to overlook him because Albert existed when he got here, and the 2nd-fiddle perception never quite lifted. Then his tenure was capped by him missing 87 games in 2016 and 52 in 2017, throwing a shade over an otherwise great run. It’s unfair, but it happened.

All in all, Goldschmidt hitting like an aging Holliday isn’t a step back.

Truthfully, it’s somewhat unfair to ask Goldschmidt to be that good. But it’s also a reasonable expectation when you consider his career numbers.

Also, it’s reasonable to expect Goldschmidt’s legs to hold up better at 1B than Holliday’s did in LF (his 87 games missed in ’15 were due to multiple quad strains). If that’s the case, it’s possible Goldy could have even more sustained production. Health on the back-end would be huge.

So what if Goldschmidt is just Holliday redux?

That would be perfect.