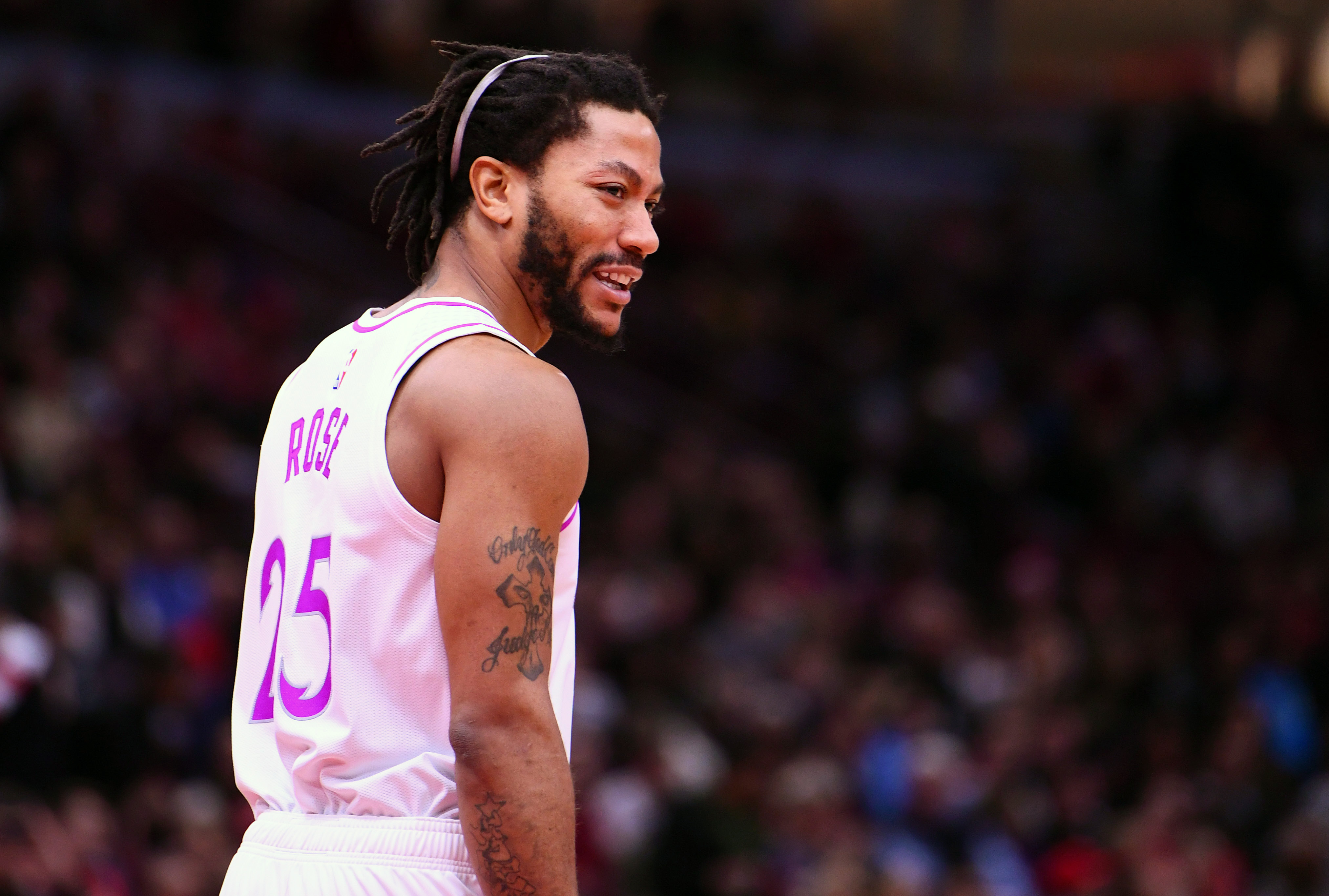 Derrick Rose is in the middle of his second best season in the NBA. Yes, I said it. Rose is having the second best season of his career, the numbers back it up. Averaging 18.7 points, 4.7 assists, and 2.8 rebounds per game, Rose is starting to look like the runaway favorite for NBA Sixth Man of the Year. Perhaps the most impressive part of Rose’s game this season has been his three-point shooting. Rose is shooting a career-high 45.5% from three, besting his previous high during his MVP season by 12.3%. Plus, the 45.5% shooting from deep this season is coming on 3.3 attempts from deep each game. While Rose is in the middle of the second best season of his career, will it be good enough to be an all-star in the Western Conference?

As the all-star roster setup is currently formatted, there can be at most six guards on the team from each conference. That means that Derrick Rose will need to be one of the six best guards in the Western Conference in the minds of the fans, players, media, and coaches to make the game.

The list of players that Rose will be competing against to make the roster is no joke. The Western Conference is loaded with great guards. Steph Curry, Russell Westbrook, James Harden, and Damian Lillard are almost virtual locks to make the cut. That would leave Rose in competition with guys like Klay Thompson, Chris Paul, De’Aaron Fox, C.J. McCollum, DeMar DeRozan, Mike Conley, Luka Doncic, Buddy Hield, and Devin Booker for the final two spots. Luckily for Rose, he has a leg up on the competition. The overwhelming support for Rose is out of the world. He has one of the biggest fan bases around the world, and with the fans accounting for 50% of the vote, I wouldn’t be surprised to see Rose as the top vote-getting guard in the West. Below is a photo of a YouTube highlight video from Rose’s return to Chicago. As you can see, the Rose highlight video has way more views than any other highlight video, including Kawhi Leonard’s. Additionally, Kyrie Irving’s 40-point Christmas Day performance has over 100,000 less views than the Rose highlights. Rose has the fans to get into the game.

Along with how good Derrick Rose has been playing this season, I think his fan base gets him into the 2019 NBA All-Star Game. In addition, his support from players around the league will help him get the additional votes he may need. Watching what Rose has been though in his career with injuries, it would be great to see the former MVP back on the court in the 2019 NBA All-Star Game.