Packers Special Teams Have Been Anything but Special 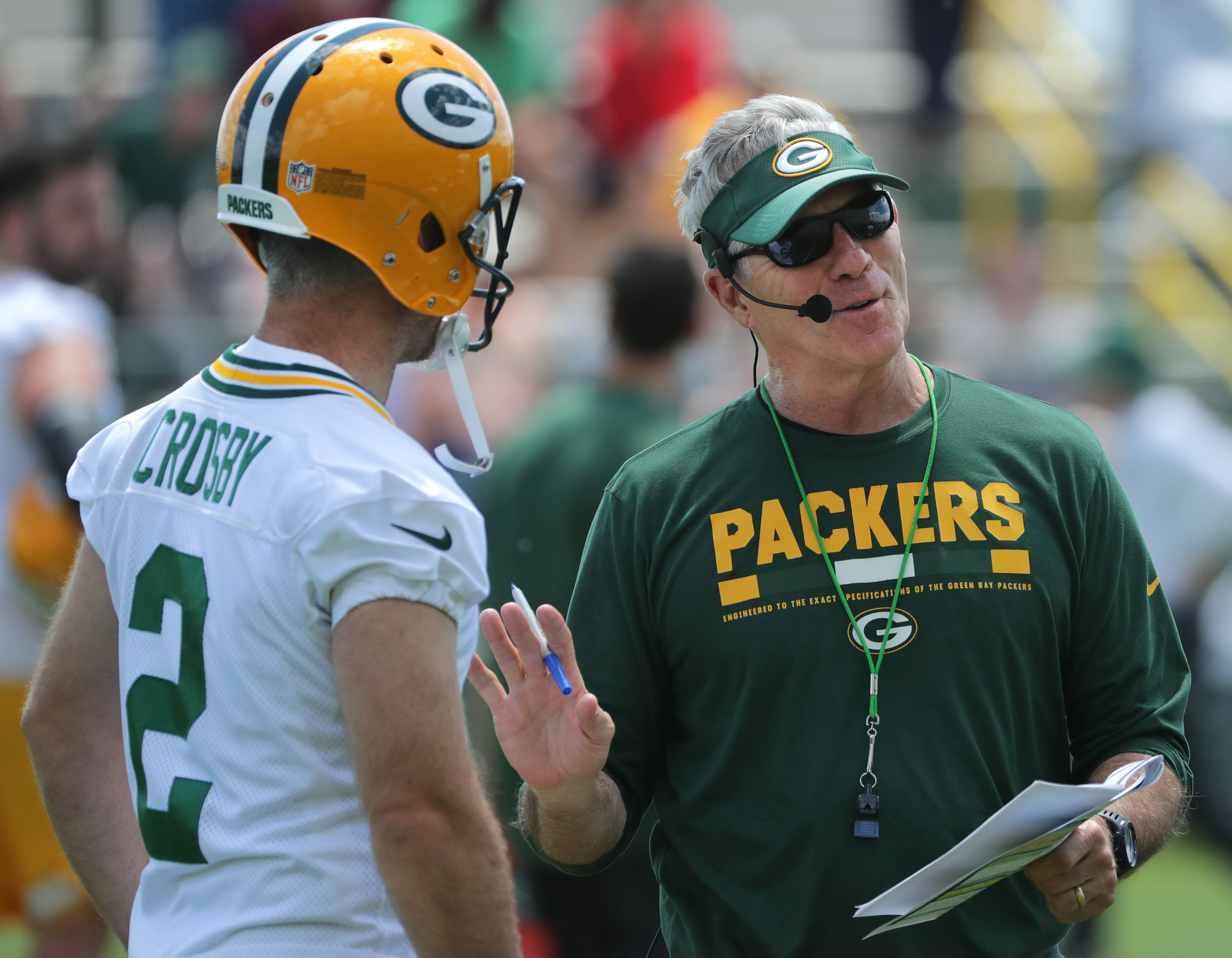 Packers Special Teams Have Been Anything but Special

The Green Bay Packers are preparing for the final game of the 2018 season and one thing is absolutely certain: the Green Bay’s special teams have been anything but special this season. The unit is no better in Week 17 than it was in Week 1. If anything, in fact, it may be even worse. Before 2019, the special teams unit needs a major overhaul regardless of who is named the next head coach of the franchise.

Last week’s victory of the New York Jets was yet another poor showing by the special teams unit.

In the first quarter, Tony Brown was offsides on an extra point. That cost the Packers five yards on the ensuing kickoff.

In the second quarter, Jake Kumerow was called for holding on a kick return by J’Mon Moore that backed the Packers up to their own 20-yard line and negated a 27-yard run back.

The Packers allowed a 99-yard kickoff return for a touchdown immediately after Jake Kumerow got the Pack on the board in the second quarter. The Packers had pulled to within 14-7 but were immediately behind 21-7 one play later.

Late in the second quarter, Tramon Williams muffed a punt return at the Green Bay 28 although J’Mon Moore managed to recover at the Packers 24.

In the third quarter, J’Mon Moore fumbled a kick return which the Jets recovered at the Green Bay 18. This set up a Jets touchdown pass just two plays later which put New York ahead 35-20.

The Jets ran a successful fake punt on fourth-and-one midway through the fourth quarter. The Packers defense forced the Jets to punt on this drive, but it cost the Packers 28 yards of field position and 1:22 of clock time.

In the fourth quarter, the Packers took a 38-35 lead with 1:12 left in regulation time. They allowed a 51-yard kick return on the ensuing kickoff which gave the Jets the ball at the Green Bay 38. The Packers defense managed to hold the Jets to a field goal attempt which forced overtime.

Somehow, the Packers managed to win in spite of the team’s poor special teams performance.

In his postgame press conference, interim head coach Joe Philbin said, “We know going into the game that they had a good return game. A couple of times we got the ball out of the end zone, a couple of times we didn’t. Obviously, we have to do something to correct the coverage end of things.”

“On the punt they faked late in the game, we had an eight box in there, but they were able to convert that. We’ve got to do a better job.”

In other words, the Packers knew the Jets might fake the punt but still couldn’t stop them. They also knew the Jets were a good return team but weren’t able do devise a strategy to slow down this weapon.

Special teams have cost this team the chance to win several games this year. Against the Rams, Ty Montgomery fumbled a kick return after the coaches told him to down the ball to give Aaron Rodgers a chance to lead the team downfield for a chance at the game-winning field goal. The Packers lost by two points. Montgomery was traded a week later.

Against the Lions, kicker Mason Crosby had the worst game of his career, missing four field goals and an extra point in a game Green Bay lost by eight points. In that same game, the Packers muffed a punt that gave Detroit the ball deep in Green Bay territory and set up their first score of the game and a penalty wiped out a 65-yard return by Montgomery that would have put the ball on the Detroit 25. Instead, the Packers started that drive at their own 10.

Against New England the Pack was offsides on the opening kickoff and then later took a costly roughing the punter penalty that helped the Patriots take more valuable time off the clock in what was then still a close contest.

The win over the Dolphins was also filled with special teams mistakes. The Packers allowed a blocked punt, Tramon Williams fumbled a punt return and offensive lineman Lucas Patrick fumbled a kick return although the Packers were fortunate enough to recover that one. Josh Jackson was also offsides on a field goal attempt although the penalty was declined as the Dolphins took the three points.

The Packers also failed to settle on a return specialist over the course of the season. Trevor Davis was injured in training camp and managed to return from the injured reserve to play in only two regular-season games this year before suffering another injury. The Packers have had seven players return at least one kick this season and six different punt returners. Only Davis can really be considered a specialist in this area. Certainly, a return specialist is worth one of the team’s 53 roster spots.

Rookie punter JK Scott has been average at best and often inconsistent. In addition to having a punt blocked, he is presently 24th in the league in gross average and 26th in net average. He has placed 18 punts inside the 20 (ranking him 27th in the league) while booting eight touchbacks.

Football Outsiders currently ranks the Packers special teams unit 26th in the NFL. https://www.footballoutsiders.com/stats/teamst This simply isn’t good enough. In a league where the talent level between teams is so close, having just an average special teams unit could mean another two wins over the course of the season. If the Pack was 8-6-1 instead of 6-8-1, their Week 17 contest against Detroit would likely have playoff implications.

Special Teams Coordinator Ron Zook has been with the team since 2015. According to Pro Football Outsiders, the Packers ranked 17th, 21st and 14th in the previous three seasons before bottoming out at 26th this year.

Regardless of who the new head coach is in 2019, the special teams unit needs more attention from the coaching staff and from the general manager next season. The Packers can ill-afford to commit more penalties, turnovers and give away crucial field position and still expect to contend for a playoff berth