Your Morning Dump... Where winning is a team effort 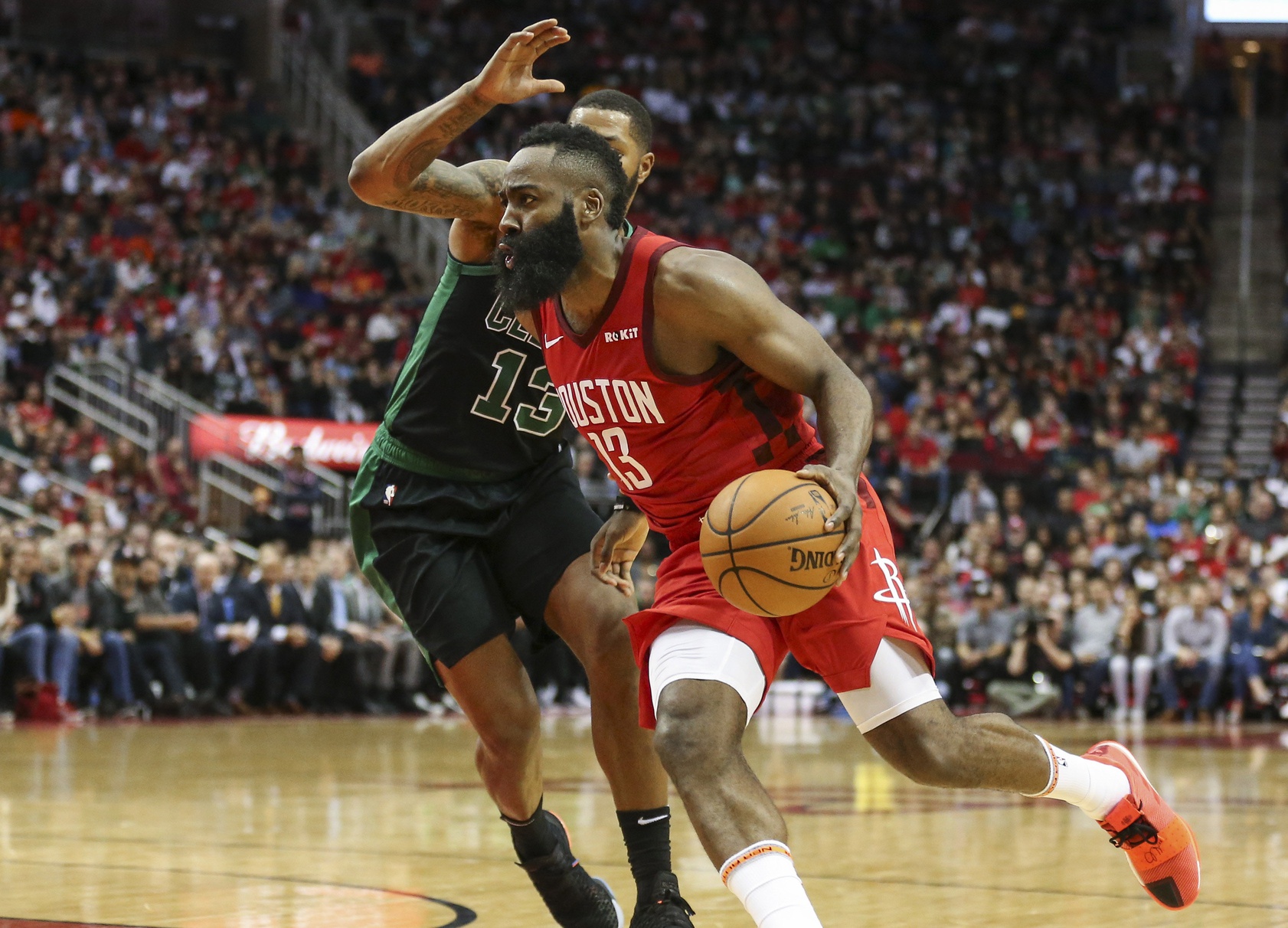 Your Morning Dump... Where winning is a team effort

But as Stevens noted post-game, the Rockets found ways to get Smart off of Harden. Smart is one of the premier players in the NBA at winding his way around screens, but the Rockets kept throwing picks at Harden until Smart was forced to switch. Then Harden would go into his bag of tricks against whichever unfortunate opponent couldn’t fight his way through.

“It has to be a collective responsibility,” Kyrie Irving said. “It can’t be on just one person to stop him. So you’ve just gotta take the challenge and not be afraid of allowing him just to stand up there and just dribble a bunch of times, obviously you know his game pretty well, but if you’re not challenging him, he’s just going to line you up and raise you up, and that’s what he ended up doing.”

Okay, let’s get one thing settled right off the bat. Mike D’Antoni’s a liar.

Yesterday, before the game, he had this to say about Marcus Smart:

“He can’t match up with James.”

The entire Rockets offense was set up to pry Smart away from Harden because Smart can take Harden.

The problem is the rest of the team couldn’t, including Jaylen Brown, the player after Marcus Smart, best equipped to defend Harden.

A quick peak at last night’s matchups tells the tale:

Marcus Smart defended Harden on 32 possessions. On those 32 possessions, Harden scored only 11 points, and the Rockets only scored 33 total points. And Harden does not like to shoot the ball when he’s got Smart on him. With Smart defending him, Harden took only six shots total.

After Smart, Brown had the most possessions defended at 11, with Harden scoring 9 points on those 11 possessions, and the Rockets scoring 13.

Granted, you’re looking at an incredibly small sample size. What’s more telling is that Harden took five shots on 11 possessions when Jaylen Brown was matched up against him, only one less than his total when matched up against Smart.

Limiting Harden requires a team effort. On his own, Marcus Smart is probably the most effective defender James Harden sees from one year to the next. The problems come in when the rest of the team isn’t up to the task.

Page 2: Where the officiating was suspect

Thursday’s matchup between the Boston Celtics and Houston Rockets wasn’t particularly chippy, but you would be excused for thinking otherwise when you look at the box score.

A total of six technicals were assessed — three each to the Celtics and Rockets. Of the technicals assessed to the Celtics, two were on Marcus Morris, who was ejected in the fourth quarter as the game started to slip away from Boston.

“[The decision-making process] was just emotional,” Morris told reporters. “[Rockets coach] Mike D’Antoni and their bench got technical fouls, too. So I think [the officials] just wanted to return the favor.”

Because that’s what we’re paying to see, right?

Mind you, I’m not implying that the officiating favored the Rockets, because the free throw total came to 31 for Boston and 35 for Houston.

I’m implying that the officiating was just plain lousy.

Finally: Checking in with MassLive John and some thoughts about writing

There were times along the way where the stress of working one job for money and another for love nearly broke me. Coffee can’t erase the wear and tear of the late night and early morning grind, it can only mask the effects. Each job rejection brought me one day closer to saying this dream of covering the Celtics full time would always be just that. Not all dreams come true, after all.

The only thing that kept me going was that lesson basketball taught me 30-or-so years ago.

Don’t quit. No matter how much you want to stop running, don’t. Just… don’t.

Two months ago, I decided to leave a very good job in the number one television market to come back home. It was my last gasp. I had a two-year plan to cover the Celtics on my own and show everyone who didn’t want to hire me what I could do when the Celtics weren’t just some side gig. If they wouldn’t let me in the club, I figured I’d just have to kick the door in and crash it.

Three days into my return home, a chance conversation turned into a phone call, which turned into an interview, and now, finally, a job.

My backstory isn’t as picturesque as John’s, but I can tell you he’s right about what it takes to make it as a writer.

And you can’t be afraid of writing poorly. Because you are going to be a terrible writer when you start. Everyone is.

Then there’s the challenge of getting published. There are tons of books and websites out there that’ll tell you how to get an agent, how to get published, how to get a job as a staff writer, but the bottom line, the two word summary of every bit of useful advice you’ll ever see is: Don’t quit.

Keep writing until you’re a good writer. Keep looking for agents until you find one that likes what you’re doing. Keep pitching articles to editors until you find an editor that wants to work with you.

After that tenth or eleventh rejection by an agent, you may think that you haven’t got what it takes. When that happens, take a trip to Barnes and Noble and look at all the books there. Pick up one at random and give it a once-over. If you can write at least that well, you can get published. In all likelihood, the only difference between you and the person who wrote that book is that person didn’t quit after the eleventh rejection letter.

MassLive: Boston Celtics’ Jaylen Brown’s hand injury has been bothering him for a month and a half  | Boston Celtics fall to Houston Rockets 127-113: The Kyrie Irving/James Harden battle, plus 10 things we learned

NBC Sports: Harden, Rockets physicality too much for C’s