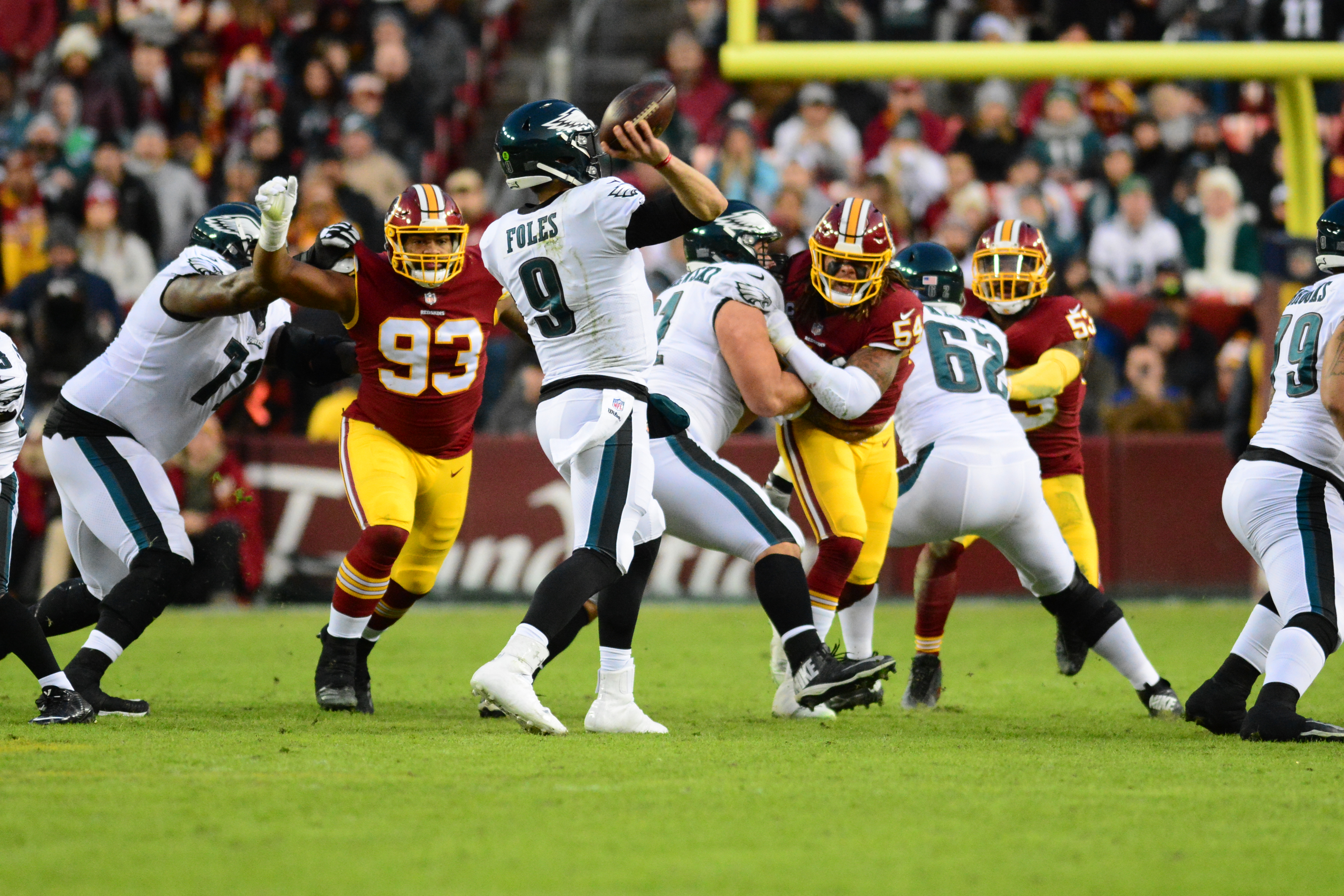 LANDOVER, Md. — Nick Foles’ magic stretched all the way back to Minnesota.

Foles did it again, leading the Philadelphia Eagles to a 24-0 victory over the Redskins and the defending Super Bowl champions earned the NFC’s final wild-card berth when Chicago beat the Vikings on Sunday.

It felt like a home game for the Eagles. Philadelphia fans filled FedEx Field, sang “Fly! Eagles! Fly!” and chanted “Let’s Go Bears!” There were several thousand empty seats and Redskins fans could only cheer for the Vikings to spite Eagles fans.