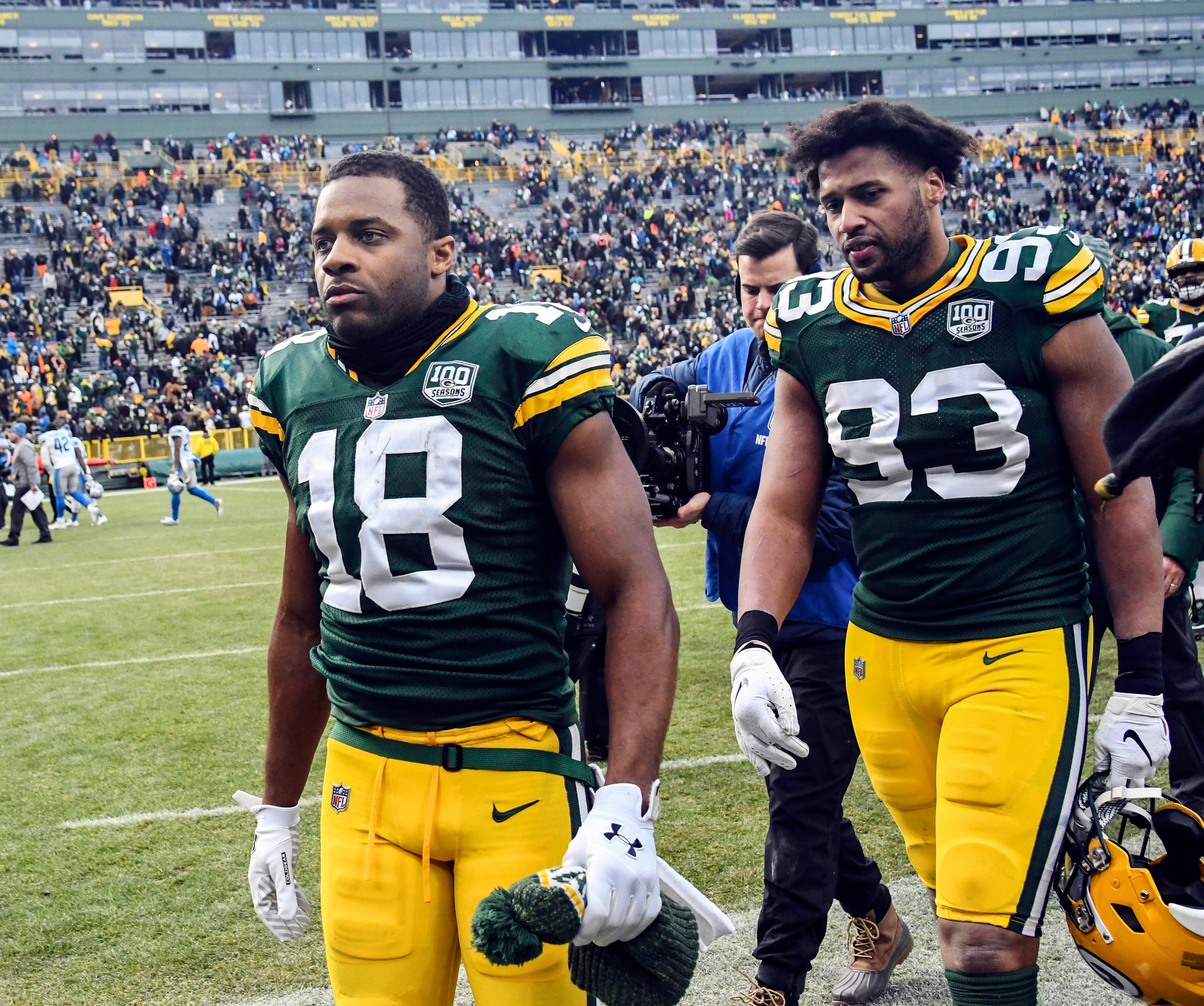 The Green Bay Packers 2018 season came to an embarrassing end as the Pack fell to the Detroit Lions 31-0 at Lambeau Field. This was the first time the Lions shutout the Packers since 1970. With the loss, the Packers finish the season with a disappointing 6-9-1 record. That places them third in the NFC North. Quarterback Aaron Rodgers left the game early in the second quarter after suffering a concussion.

Here are seven key takeaways from the Packers loss to the Lions:

1. The Packers Worst Fears Were Realized as Aaron Rodgers Was Injured

Critics questioned why Rodgers would be playing in the final two games with the Packers already out of contention for the playoffs. Last week, Rodgers looked as good as he had all season but this week, behind a makeshift offensive line, Rodgers was hit hard on the second play of the game, knocking his helmet off. He suffered a concussion and left the game early in the second quarter.

This is the third known concussion of Rodgers’ career. The Packers are hoping no long-term damage was done to their franchise quarterback who finished the game going 3-for-5 for 26 yards and that he is ready and able to participate fully in all OTAs this offseason.

2. Joe Philbin Won’t Be Back as Head Coach Next Season

Before today’s game, Philbin’s chances of claiming the permanent head coaching job were miniscule. After today’s performance, there is almost no chance at all that Philbin is back in 2019.

With this loss, Philbin’s record as Packers interim head coach falls to 2-2. Losing is one thing, but this team simply wasn’t ready to play today, and the overall performance was embarrassing.

Both Rodgers and Davante Adams said they wanted Philbin to remain as head coach next season, but nothing the team did today would point in that direction.

The Packers will bring in a fresh voice and start over again in 2019. Philbin will not be the head coach in 2019.

3. Antonio Morrison Came to Play but…

Inside linebacker Antonio Morrison came to play today. The veteran was credited with six tackles, five of them solo. More importantly, he showed passion and determination and he showed he cared. Unfortunately, the same cannot be said about all his teammates.

Morrison played hard even though the team was no longer in contention for the playoffs. Hopefully, the new coaching staff will take note of that come training camp.

Running back Kapri Bibbs also saw his first action of the season. Bibbs grew up a Packers fan and got to live his dream by suiting up for the Pack at Lambeau Field. He got one carry for two yards and caught three passes for 13 more.

4. DeShone Kizer Didn’t Look Any Better in Week 17 Than He Did in Week 1

With Rodgers injured, DeShone Kizer was under center for the final 40 minutes of the game. It was Kizer’s first substantial action since Week 1 against the Bears, but the former Browns starter didn’t look like he was ready to play today.

Kizer’s most effective play today was scrambling with the football while under pressure from the Lions defense. He finished the game with 40 yards rushing on four carries while no other Packers rusher had more than four yards.

Through the air, Kizer was just 16-of-35 for 132 yards and one interception. Kizer lived up to his reputation. He made a few pretty plays that show his potential but then made some boneheaded plays that led to the interception or gave the defense a chance to create turnovers.

In Kizer’s defense, he was playing with a shell of an offensive line and backup receivers, but some show of progress over Week 1 would have been encouraging.

5. The Packers Defense Was Decimated by Injuries This Season

By the end of the season, the defense was unable to get any pressure on the quarterback. When there is that much time to throw, even average receivers can get open.

The team again failed to create turnovers, was officially credited with one sack and generally failed to make splash plays.

Mike Pettine did a decent job of keeping this team competitive, but by the end of the season, there just weren’t enough quality players in the lineup for the defense to consistently stop opposing offenses.

Packers special teams continued to frustrate. The Pack was victimized by a fake field goal early in the second quarter that gave Detroit a 14-0 lead. It also showed that the Lions were here to have fun and try to win the game and the Packers were ill-prepared and indifferent.

JK Scott was his usual inconsistent self, booming a few kicks and coming up with a few short clunkers. The windy conditions didn’t make his job any easier.

The Packers also allowed a 25-yard punt return which was par for the course throughout the season.

Bashaud Breeland’s 38-yard kick return was the lone bright spot of the game on special teams and the longest return of the season for the Green Bay.

The Packers season was a disappointment on so many levels. Rodgers was injured in Week 1 and had a sub-par year. There was obvious tension between quarterback and coach and McCarthy was fired midseason. The team didn’t come to play every week. Injuries decimated the defense at almost every position and struck the offensive line and wide receivers.

The team’s big free agents were disappointing. Jimmy Graham was average at best, had trouble getting separation and caught only two touchdowns all season. Wilkerson was lost in Week 3 to a season-ending injury.

The faster the Packers can turn the page on this season, hire a new coach and begin preparing for 2019, the better.