Your Morning Dump... Where Kyrie Irving issued a halftime challenge 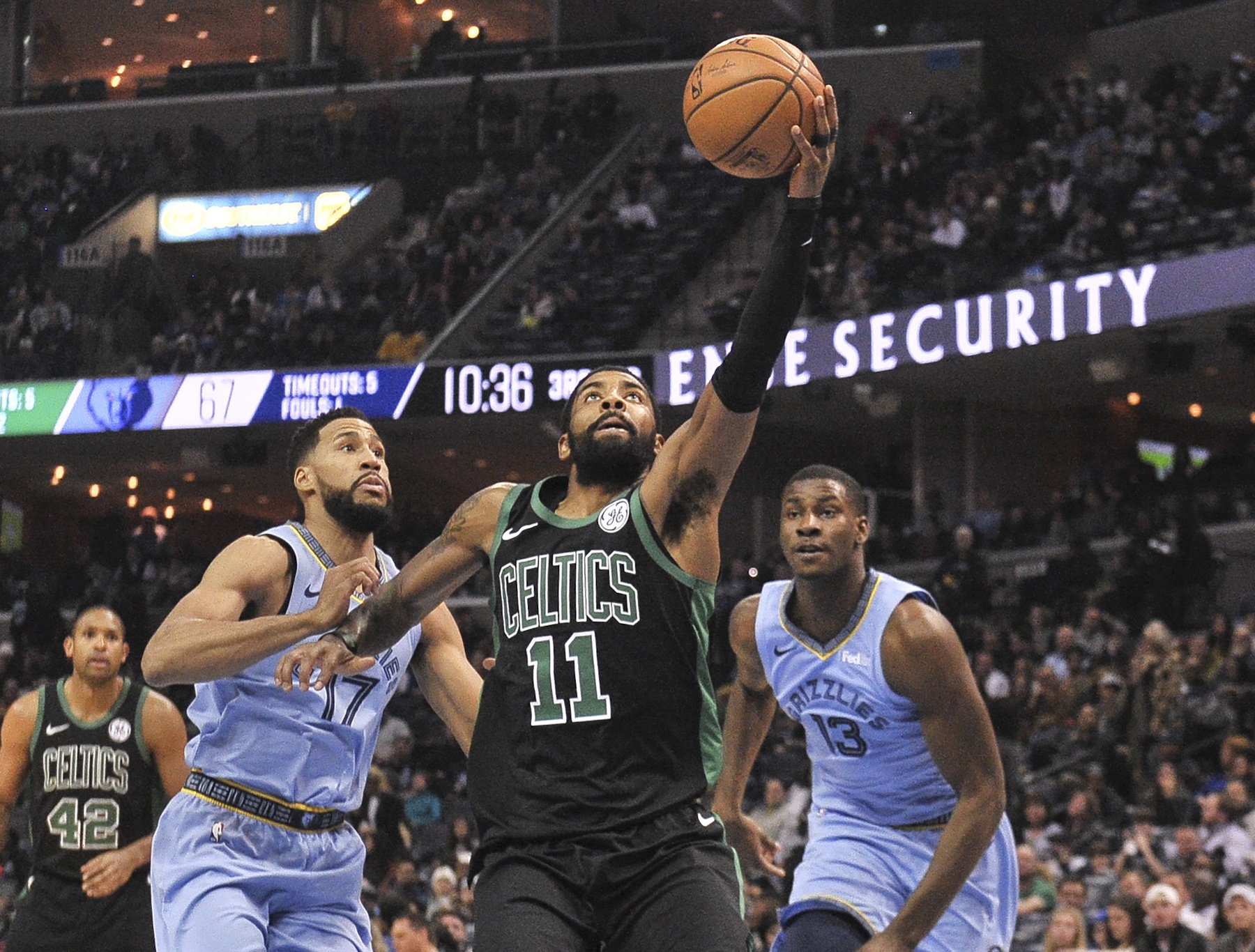 Your Morning Dump... Where Kyrie Irving issued a halftime challenge

“I think that at the half Kyrie just challenged all of us to be better — and coach, as well,” said Horford, who squeezed 18 points into 23 minutes. “And I felt like we came out with better energy, played much harder.”

As for everyone taking that kind of talk the right way, he said, “It’s very important. I think that in order for us to grow and become better as a team, if things are not right, we need to, within each other, we have to come together to find a way and understand that we all want to win. So that’s what happened tonight.”

Said Irving, “It wasn’t so much a challenge, I think — you can see it up here (pointing to the whiteboard), this is my X’s and O’s right here — just more or less just knowing kind of how the defense was playing us and also defensively what we were doing. I feel like we were pretty solid. It’s just making it a little more difficult in the second half. But offensively, it felt like they were trying to take the ball out of my hands, or at least be up to touch, and just the reads off of that. And then you saw the opportunities open up in the second half as we were being more active off the ball. Just telling these guys, as consistent as possible, you don’t have to touch the basketball every single play down to be effective. You can be effective doing the little things, and that’s what we did in the second half.”

I’m all in on Kyrie Irving the leader. Granted, he’s an over-talker but this isn’t about words.

Irving is and has been a dominant offensive player. But what’s really setting him apart this year is the defense. The guy is busting his ass and hitting the floor like we’ve never seen.

The numbers support my/your eyes. His Def Rtg (103.1) is a hair better than last season and light years better than anything he produced in Cleveland (where he was notoriously awful). Rebounds (both offensive and defensive), blocks and steals are all up. Look at any defensive metric you want and the numbers are good. He’s also sharing the ball (career-high 6.6 apg).

Speaking of assists, a huge component in last night’s comeback was the approach:

The numbers show in the second half, the Celtics attempted 18 3-pointers of their 42 attempts but were more selective. They didn’t settle for contested looks, instead opting for open looks of the flow of the offense. Only a Terry Rozier pull-up 3-pointer off a fastbreak — which missed — was the lone questionable 3-point attempt of the half.

“We just kind of hit singles on our way back and that was a good thing to do on the road against a good team,” Stevens said. “I didn’t think our offense, attention to detail, or physicality was enough in the first half, and it turned up with 20 minutes to go. We got some loose balls. We got some runouts, got down the floor, made some shots, felt better about ourselves, and gave ourselves a chance.”

Sometimes it feels like singles aren’t permitted in today’s NBA. Nineteen-point comeback wins are fun no matter how they happen, but I really enjoyed the offense.

On Page 2, Yabu was exhausted.

“I thought Guerschon’s play was a big reason why we won the game,” Stevens said, closing an answer about the defense down the stretch.

Asked to elaborate on Yabusele, Stevens continued: “Energy, physicality, he blocked a couple of shots, he got rebounds in traffic, the big three that he it was great. But it’s all the other little things that we needed, so I thought he was a big reason why we went in the right direction.”

The minutes represented a new high for Yabusele, who admitted he was exhausted by the time Horford replaced him with 7:40 left.

“I’m not going to lie, I was really, really tired,” Yabusele said. “I was really trying not to think about it. Just try to have fun over there, you know? I don’t play a lot of games, so when I got some minutes I’m not going to complain about being tired or anything else. And just try to do my best every game.”

I’m not Yabu’s biggest fan but he impressed me last night. This wasn’t about three-point dabs or bow and arrow celebrations. This was about fundamental plays – rotations, post defense, and boxing out.

Globe – Kyrie talks about giving $240 to a homeless man