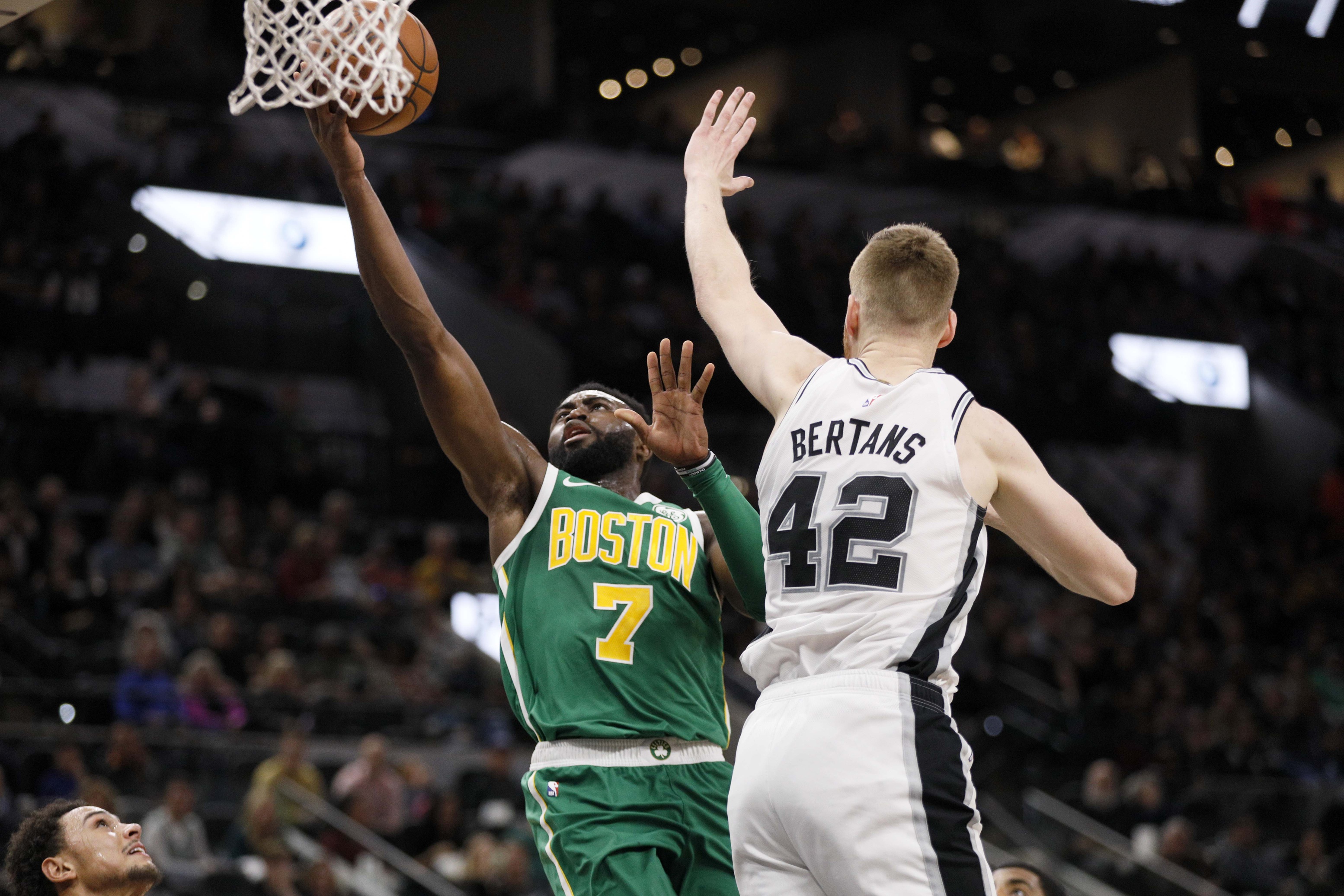 Up until the Celtics were losing, they were winning. The Spurs hit 19 of their 25 shots in the third quarter to torch the Celtics in what was otherwise a competitive game. Final score: Spurs 120 – Celtics 111

Jaylen Brown’s 30 points was the only real bright spot. 10-15 from the field and 7-8 from the line made for an incredibly efficient game for a guy who occasionally can’t buy himself a bucket. Most of his points came on drives and threes, a trend that I could stand to see more of in exchange for all the contested midrange shots the Celtics love to take.

Marcus Morris scored his usual 18, Kyrie had 16 points to his eight assists, and Jayson Tatum added 12 points and 11 boards. It’s hard for this team to win if none of those three have an exceptional game. On one hand, I’d like to see Kyrie try to play out of his mind every single game and drop 40, but on the other, I know it isn’t sustainable and he’s justified in looking for more production out of his teammates.

Gordon Hayward shooting 0-6 is sure to draw some criticism, but the greater issue here is how nobody on the team, including Hayward himself, is looking for him to provide offense. Five of his six attempts were relatively uncontested three-pointers, which is fine, but I’d much rather see him get some shots at the rim or the free throw line before he starts launching from deep.

I’ve saved some “What went wrong” points for the “What the hell” section because it’s all I could think when I was watching the third quarter. The Spurs scored 46 points on 19-25 shooting (5-5 from deep) to Boston’s 30. They got anything they wanted at the rim: LaMarcus Aldridge feasted on Daniel Theis and Guerschon Yabusele, and the troupe of Bryn Forbes, Davis Bertans, Patty Mills, and Derrick White had free reign from long range.

One could argue that they were hitting a lot of tough shots – I think it would be incorrect to say so. The Spurs were comfortable with each shot they took because the Celtics weren’t able to be the agitators they’re known to be on the defensive end. It’s hard to find a reason why – unless you can read minds (please reach out to us if you can do this) – but I can say for sure that Terry Rozier has been getting shredded on backdoor cuts. This team clearly has trouble defending other guards without much depth at the position to call on for answers. Obviously Marcus Smart is an All-NBA talent defensively, but the Celtics otherwise rely on average defensive skill from Kyrie and sub-zero presence from Rozier. It’s worth noting that the Celtics – who tend to get wrecked by shooting guards – do not have a pure shooting guard. I’m a supporter of the ‘positionless basketball’ movement, but I’m also going to point out, again, that Bradley Beal – a shooting guard – is making $80 million through the next three years. Make of that what you will.