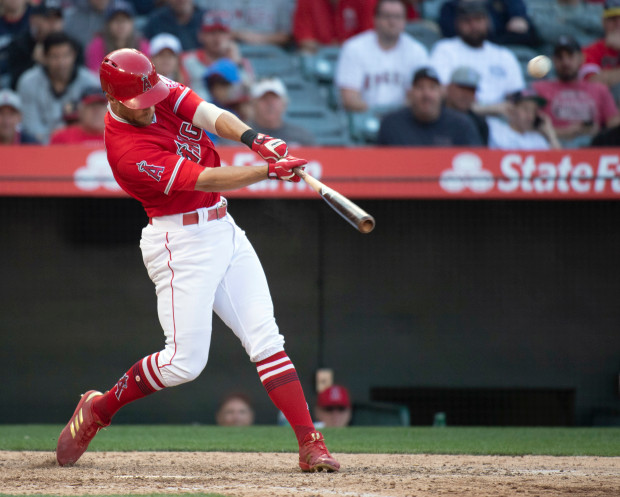 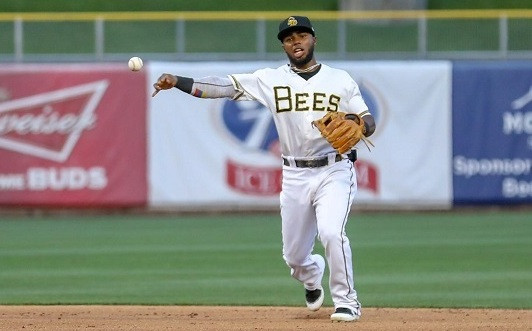 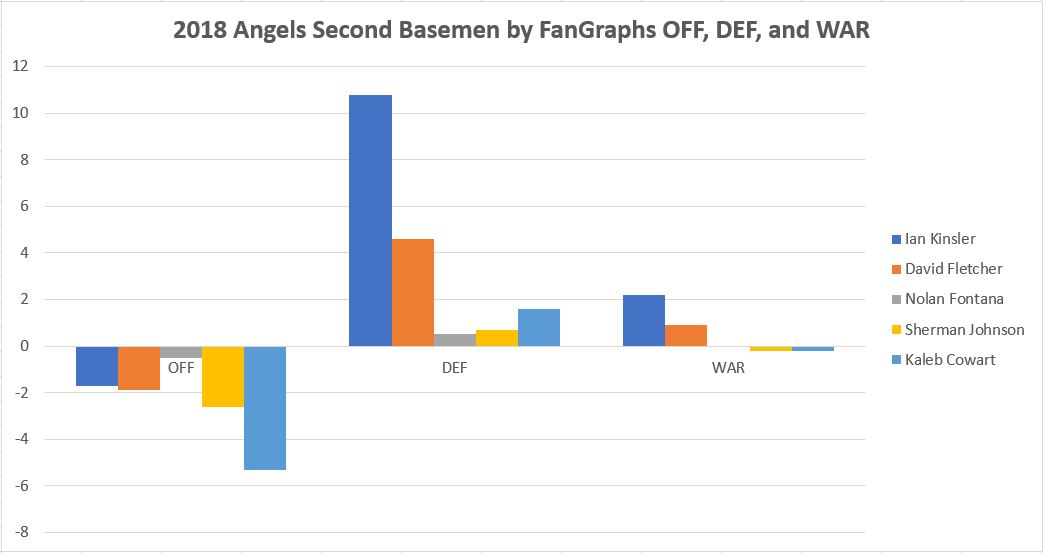 A miniature black hole on the left side of the Angels infield.

No matter what label you want to place on it, a long-term solution at the keystone has been a source of concern since Howie Kendrick left after the 2014 season.

This year there is some hope that Zack Cozart will enter the 2nd year of his contract in good health and able to play elite-level defense (as he did at shortstop for so many years) while providing League-average offense, not dissimilar to what Kinsler produced in 2018.

Fundamentally, signing a player like Zack was a smart move. He can act as depth behind Andrelton Simmons (again his defensive reputation is first-rate at SS) and his offense should be sufficient to make him an overall productive player at the keystone. There is certainly an argument to be made that having Cozart shift to a new position may have a learning curve involved, as it did last year when he played third base, but for someone like him it should not be that difficult to manage.

Certainly the Angels could elect to have Zack play 3B again and acquire another 2B or give someone like Fletcher (elite defense), Jones (very athletic with high ceiling), or Rengifo (good defense with potentially better offense) a shot but that is placing a big burden on those players who have had minimal (David) or no (Jahmai and Luis) experience at the Major League level. Having those three as quality depth pieces starting the year in the Minors would give the 25-man roster more injury insurance at every infield position.

The Angels need to improve their overall offense and when you examine the second base and third base markets it is very clear that there are better offensive options available at the hot corner versus the keystone. With the addition of Lucroy, the catcher position has received a modest offensive upgrade but not a game changing one and if Eppler trades Calhoun you might be able to upgrade in right field but at a probable defensive cost.

Based on that, an impact offensive player is critically needed so moving Zack to 2B and bringing in an offensive threat that can play at least average defense at the hot corner makes the most sense in terms of roster and lineup construction and market availability.

Of course the Halos could simply see what Ward can offer, since he did have a combined 167 wRC+ across AA/AAA last year, or they could bide their time for the 2019-2020 off-season when Nolan Arenado, Anthony Rendon, Josh Donaldson, and other third base options will possibly hit free agency.

The Angels could also trade Cozart but because he was on the disabled list for so long his value has sunk a bit and we would get little for him even if we ate part of his salary at this moment in time. Rebuilding his value in 2019 will be important for 2020 because the Angels may need to get some salary relief and Zack is a good candidate to do so, at that point. Besides, the Steamer projection system is rather fond of him heading into the New Year so it is a responsible bet to place for the Halos.

If Eppler makes the more shocking decision to acquire a new second baseman, the market is still pretty robust overall.

Barring an injury it really does appear that Eppler will start Zack Cozart at the keystone in 2019 and hope that he stays healthy. If so he should be a productive member of the team and, in fact, a reasonable choice to man second base. If injured there are good replacement options on the 40-man roster.

Based on the money still owed to him and the fact that he was injured and unavailable for a large part of the season Eppler will very likely move Cozart over to 2B to begin 2019 as was originally planned when Zack was signed.

To be frank free agency and trade do not offer a lot of options in terms of offensive firepower at second base, so Billy will want to emphasize run prevention via a good defensive player and Zack is certainly a great one. Perhaps more importantly he provides injury insurance in case Simmons hits the disabled list. Also if Zack gets injured David “the Magician” Fletcher is just a call-up away from back-filling at the keystone.

As a final note, there is a strong possibility that our middle infield depth is reaching a critical mass, to the point that Eppler will trade one of Zack Cozart, Taylor Ward, David Fletcher, Luis Rengifo, Matt Thaiss, and Jahmai Jones this year or next.

The Angels can only play a finite number of players, regularly, plus one or two backup infielders so something will give sooner or later unless the plan is to replace Simmons with Rengifo or have Ward pick up first base at-bat’s (which displaces Thaiss), long-term. Whether Cozart provides similar or greater production this year, he will be a potential trade candidate in the future due to team payroll concerns, primarily.

In the next Section we will discuss First Base.

About ettin
View all posts by ettin
Read next