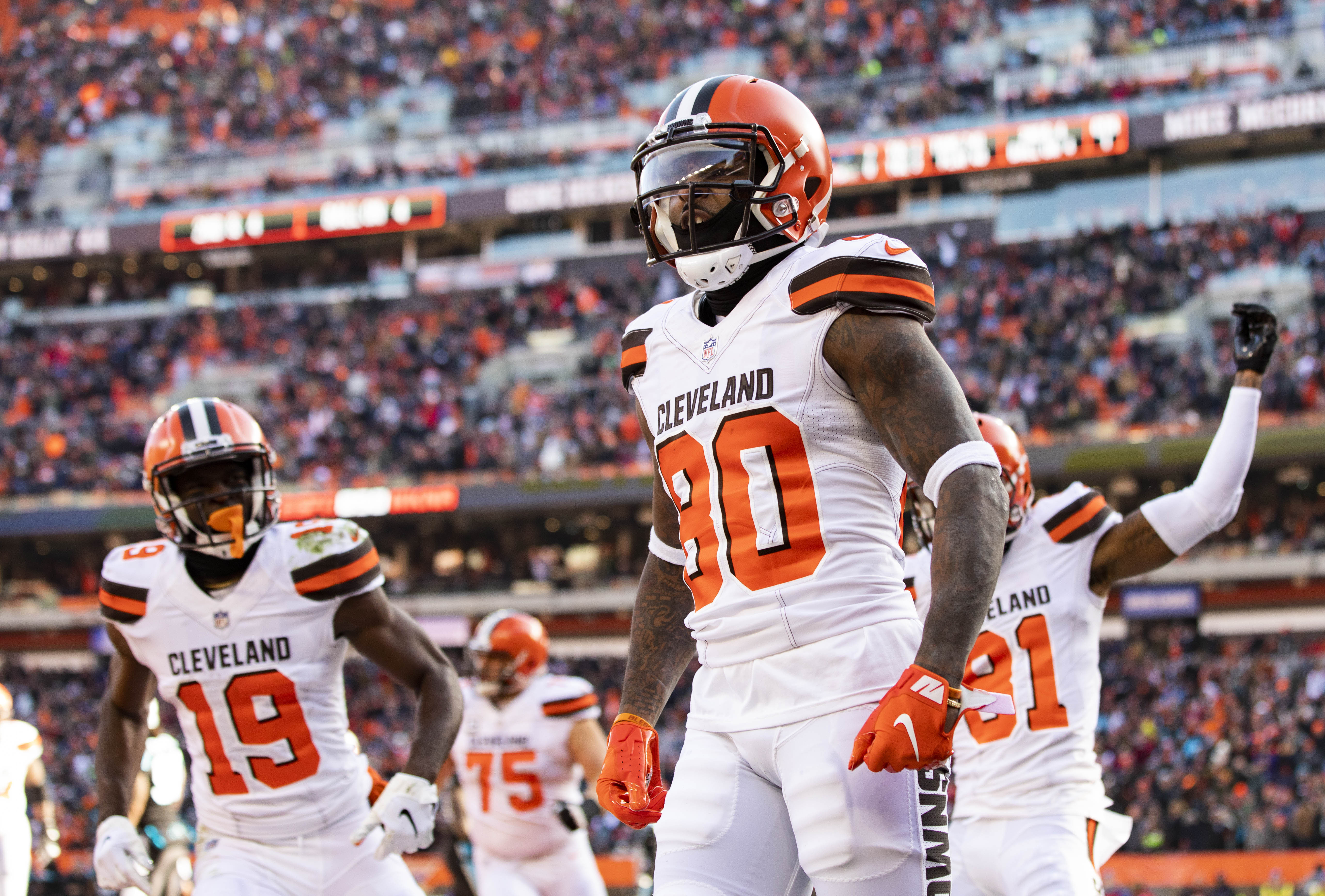 Jarvis Landry will be the first of many players to attempt to lure in Antonio Brown and Le’Veon Bell.

The offseason recruitment has already begun for the Cleveland Browns as they missed the playoffs this year. Typically, the Browns would’ve been looking ahead towards the NFL Draft before the bye week, but it’s a new era in Cleveland. These guys are serious, and their 2019 offseason is critical for their future as they look to take the next step.

What’s it going to take to keep Cleveland on the right track to getting into the postseason. Well, for starters, they could use some superstars on the offensive side of the ball. With Baker Mayfield under center, the Browns have finally found a quarterback that is able to hack it in Cleveland.

Now, the Browns need to do everything that they can to piece together a high-powered offense. Browns veteran wideout Jarvis Landry already has an idea in mind. With all of the nonsense going down with the Pittsburgh Steelers, it looks like one of their biggest superstars is going to be on the trading block as soon as trading opens up for 2019. And Landry suggests that maybe the Cleveland Browns can get their hands on Antonio Brown.

Is Landry Pushing for Brown?

Jarvis Landry took to Instagram on Wednesday night to post up a picture of himself, Brown and Le’Veon Bell from their time in the Pro Bowl. The caption read, “It all make sense in the end, STAY WOKE!!!” He doesn’t accurately indicate that he would like Brown and Bell to join Cleveland, but the comments from the two Steelers players help us all understand better.

Under the picture, Brown decided to comment “Scary hours.” Meanwhile, Bell wrote, “Mhmm, I’ve been woke.” None of this indicates that Brown or Bell have any interest in Cleveland, but their willingness to throw out a comment in support of the potential linking between the three stars shows that they could be open to it. Nothing is guaranteed this offseason, but you better believe that Cleveland will be active in making moves, and they are surely star hunting in 2019.