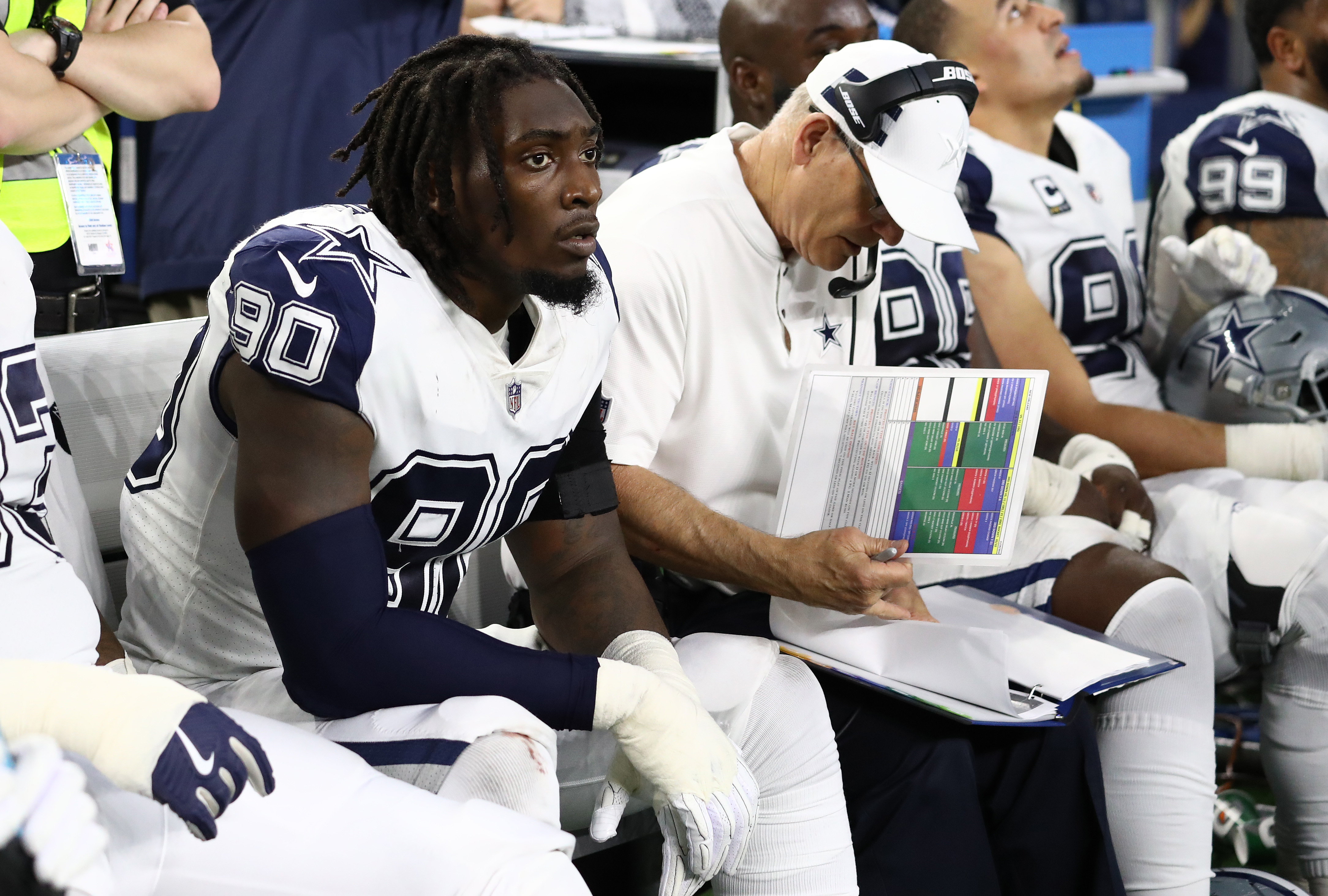 “You have to be crazy to play this game” – DeMarcus Lawrence

How do you hack it in the NFL? With high-powered hits by some of the world’s greatest athletes, it’s got to take a lot more than just being physically ready. The game of football is tough. You have to be physically tough, but you have to be mentally strong as well. Dallas Cowboys star defensive end DeMarcus Lawrence will tell you that you have to be crazy to play football.

Sure, the afterlife of football could be complicated to overcome when you’re used to being physical throughout your career. But while you’re in the game, players have to get to a mental standpoint that isn’t accepted in everyday society. For Lawrence, he makes it known that he is crazy deep down, but he knows how to flip the switch off when he’s not on the field.

DeMarcus Lawrence was asked about how Charles Haley helps the Cowboys’ pass rushers when he attends practice. That in turn led to the topic of how important it is to play with an edge.

Of course, DeMarcus phrased it as only he could 😂 #cowboyswire pic.twitter.com/ztAuhYTJK9

Thankfully for those reporters who were in attendance for Lawrence’s locker room talk, the Pro Bowler knows how to keep himself calm. If it weren’t for his professional demeanor, the media would probably have to deal with the wrath of a frustrated player on multiple occasions.

Seeing as though the Cowboys are a team who is often in the news for their negative stories, it’s probably best that Lawrence knows how to keep his cool. After all, which media personality in Dallas would actually be brave enough to step up to the man who demolishes quarterbacks on a weekly basis?