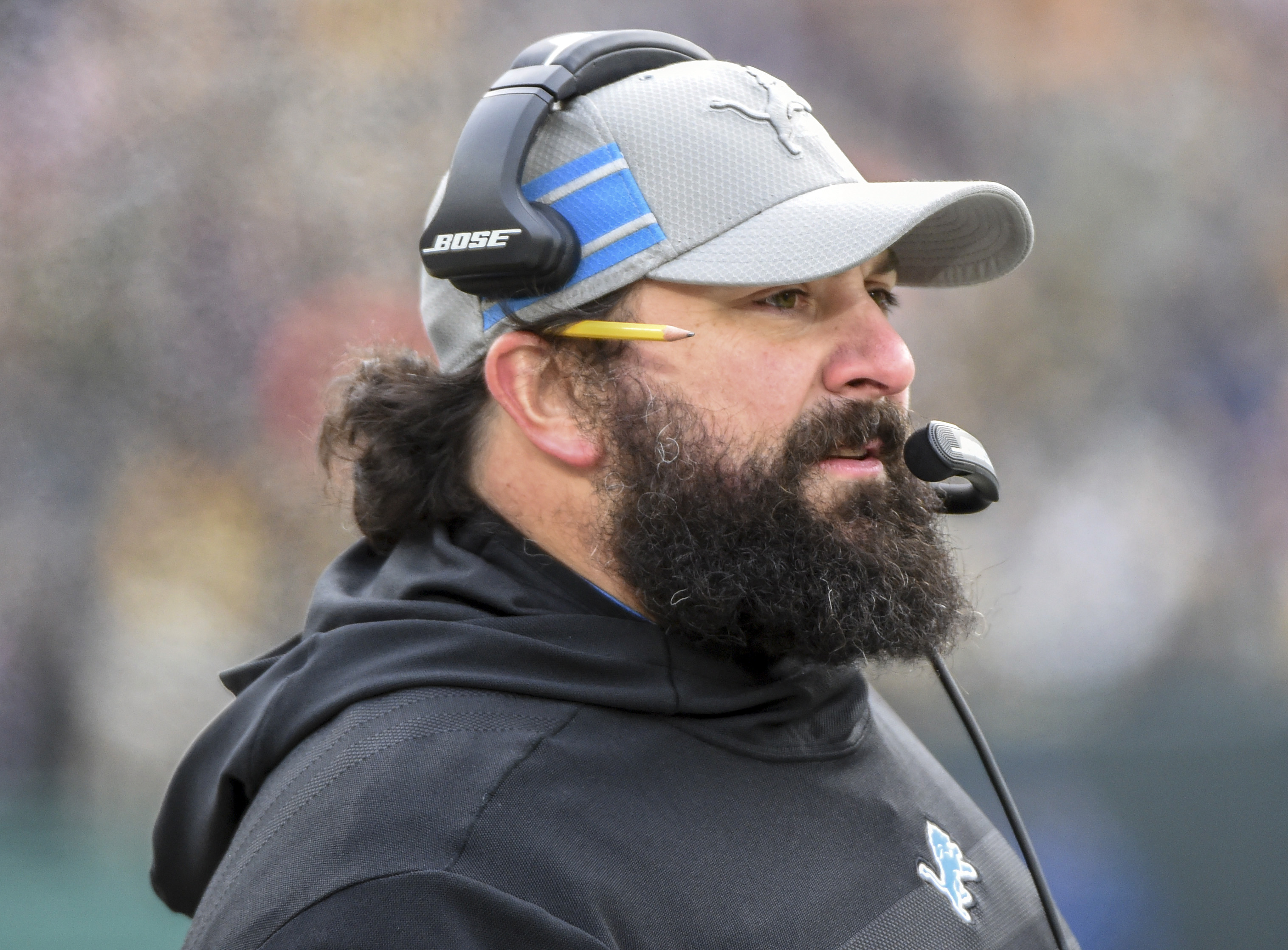 The Detroit Lions finished the 2018 season with a 6-10 record and a last place finish in the NFC North. It was their worse record since going 4-12 in 2012 and that was also the last time they came in last in the division.

The Lions also missed the playoffs for the second consecutive season and for the third time in the last four years. Even after back-to-back 9-7 seasons, general manager Bob Quinn thought it was best for a coaching change. So he fired Jim Caldwell and hired Matt Patricia. Although Patricia’s first season in the Motor City didn’t go as the organization and fans expected and had many negatives, there were some positives as well.

With that being said, I would like to look at five things that I noticed throughout the 2018 season in Detroit:

1. The regression of Matthew Stafford and the offense as a whole: In 2017, the Lions averaged 25.6 points per game and ranked eighth in the league in scoring. This season they averaged 20.2 PPG, which was good for 25th in the NFL. While Patricia is known for his defensive mind and a small offensive regression was to be expected, dropping this far was a bit of a shock. The man who many believe was at fault for this mess, offensive coordinator Jim Bob Cooter, was fired earlier this week. But I think quarterback Matthew Stafford should shoulder some of the load as well. On the year, he threw for 3,777 yards (his lowest total since 2010 when he played in three games), 21 touchdowns (his lowest total since 2012 when he threw 20) and 11 interceptions. He also led zero 4th quarter comebacks for the first time in his career. So while it wasn’t a bad year, it was not a good one either. I am not saying all of the offensive struggles are on Stafford because, as many of his staunch defenders would quickly point out, he lost many of his weapons throughout the year. Wide receiver Golden Tate was traded after seven games. WR Marvin Jones Jr. played in only nine games after a knee injury ended his season. Running back Kerryon Johnson only played in ten games before a knee injury sidelined him for the rest of the year. The backs who replaced him were not very productive, especially free agent addition LeGarrette Blount. He averaged a measly 2.7 yards per carry and accrued only 418 yards on the ground on the season. He also lost tight end Eric Ebron in the offseason and played with a ragtag group at that position throughout the year.  Stafford, and the offense in general, will have to be better in 2019 if the Lions want to win more than six games.

2. Letting go of Eric Ebron was a mistake: The Detroit Lions released tight end Eric Ebron in March. They signed Luke Willson and Levine Toilolo to replace him. Boy, did that plan backfire. Ebron went on to have a Pro Bowl season with the Indianapolis Colts and Andrew Luck throwing him the ball. He had 750 yards and 14 TDs (13 receiving and one rushing) and helped his team reach the playoffs. His touchdown total was good for fifth in the league, tied with Melvin Gordon and Kareem Hunt. As for the tight ends in the Motor City, they were among some of the worst in the NFL. Toilolo, Willson, Michael Roberts and Hakeem Valles were the players who took snaps at tight end for the Lions this year. Combined, they had 461 yards and four touchdowns. 17 tight ends had more yards individually than the four Lions combined. This position will have to have more production in 2019, plain and simple.

3. The offense has two budding stars: For all of the talk of offensive struggles, there were a couple of bright spots. The biggest two were Johnson and wideout Kenny Golladay. In the ten games that the rookie played in, Johnson averaged 5.4 YPC while rushing for 641 yards and three touchdowns. He also caught 32 passes for 213 yards and another score. His rushing total led the team and he also became the first 100-yard rusher in a game since Reggie Bush in 2013. As for Golladay, all he did was have a breakout season in his second year. He played in 15 games, caught 70 passes for 1,063 yards and scored five TDs. He led the team in yards and ranked 17th in the NFL. These two will be the ones that run the offensive engine in Detroit for years to come.

4. Growth of Jarrad Davis: The 2017 first-round selection had an up-and-down rookie season. But the second-year pro out of Florida had a much more consistent year and produced some solid numbers in 2018. Playing in a new defensive scheme under Patricia, Davis flourished in his role as one of the captains on this team. He played in all 16 games, had 99 tackles, six sacks and 10 tackles for loss. All of those numbers were increases from his rookie campaign in 2017. While an improvement in his tackle totals would be nice, he is still young with much room for improvement. His continued growth will be key for Detroit and Patricia’s defense moving forward.

5. Defensive resurgence after acquiring Damon Harrison: Through the first six games of 2018, the Lions were one of the worst teams in the league against the run. They gave up 836 yards, which is an average of 139.3 yards per contest. The defense was also giving up 5.3 YPC and allowing 26.3 points per game. But then on October 24, Quinn pulled off a heist. He acquired defensive tackle Damon “Snacks” Harrison from the New York Giants for only a 2019 fifth-round draft pick. He is one of the best run stoppers in the game and the former All-Pro proved his worth in the Motor City. In the ten games he played with Detroit, their defense against the run and as a whole improved tremendously. In those ten contests, the defense gave up 92.5 rushing yards per game and teams were averaging only 3.8 YPC. The team also only gave up 20.2 PPG in their last ten. Snacks will be a huge part of the middle of the defense in 2019 and should continue to make the players around him better.

With all of that being said, I believe 2018 was a step in the wrong direction for this franchise. They went from 9-7 and contending for a playoff spot to one of the bottom feeders of the league and a top-ten selection in the draft. But, even after taking a step back, I think this team is one good offseason away from contending for the postseason in 2019. It’s a very important one for Quinn and Patricia as this will be their second draft together and the fourth overall for Quinn in Detroit. It will be his highest pick as the GM in the Motor City. They will also be able to hire the offensive coordinator of their choosing and I think that will be an important piece to the puzzle if they want to be successful.

Stafford should, hopefully, improve from his sub-par 2018 and be closer to the player he has shown flashes of in the past. Johnson, if healthy, will give the team their first reliable back in years. Golladay and a healthy Jones Jr. can be a dynamic duo at the wide receiver position. If the defense plays like it did in the last ten games of 2018 in 2019, this team should win more than six games.

So while 2018 may have not been the best year for the Lions, 2019 should be better. If not, I expect some major changes throughout the organization, especially in the front office and, quite possibly, at quarterback.