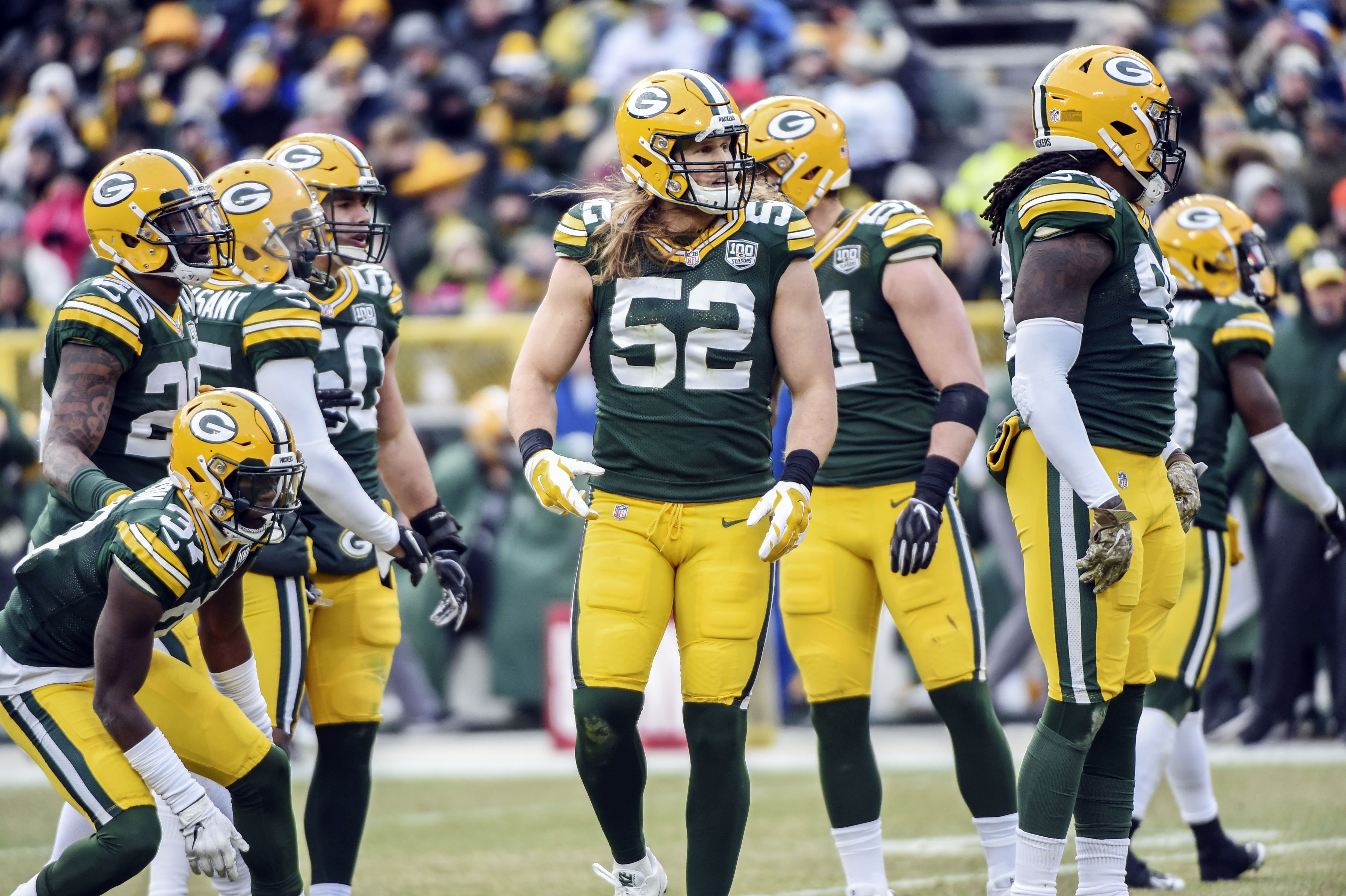 All salary information listed is taken from spotrac.com.

Matthews had his least productive NFL season with just 3.5 sacks despite playing in all 16 games. He’ll be 33 before next season starts and based on this year’s performance, he is no longer an impact edge rusher.

That’s not to say Matthews can’t be a useful player. He can come back as a situational pass rusher playing in obvious passing situations, or he can move inside where the Packers lack depth and contribute there.

The issues, as always, is money. The only way Matthews returns to Green Bay is if he is willing to take a significant pay cut from this year’s $10.4 million base salary and $10.9 million cap hit.
WR Randall Cobb:

Cobb only played in nine games this season and caught 38 balls for 383 yards and two scores. After topping 100 yards in the season opener, he was not a major factor for the rest of the season.

Cobb is a hard-working and talented player, but his body has worn down over time due in part to his lack of size.

There are reasons to keep Cobb. He is an effective slot receiver when healthy, a position nobody else on this year’s roster could adequately fill. Aaron Rodgers is also comfortable and confident in Cobb’s ability. He’s also been a hard-working teammate and a great Packer since arriving on the scene in 2011.

Like Matthews, Cobb will need to take a substantial pay cut to return so it is unlikely he’ll be with the Pack in 2019. Cobb had a base salary of $8.6 million this season and a cap hit of $12.25 million.

The Packers signed Wilkerson to a one-year “prove-it” contract worth less than $5 million but the former New York Jets star was injured in Week 3 before he had any chance to prove anything.

One of the biggest selling points for Wilkerson was his familiarity with Mike Pettine’s defense. If Pettine returns, Wilkerson may be offered a similar one-year deal to return. Otherwise, it is likely Wilkerson will be elsewhere next season.

Lewis will 35 before next season starts and will not be back with the Packers if he doesn’t retire. He seldom saw the field this season and caught only three passes for 39 yards. Lewis was expected to see more action because of his blocking skills, but he never really found a consistent role in Green Bay.

Kendricks saw a lot more action than Lewis, but he is also unlikely to be back next season. He caught 19 passes for 170 yards and a touchdown and often served as an H-back after the Packers released all their fullbacks at the end of training camp. Kendricks will be 31 before next season. He still has some ability, but Robert Tonyan is less expensive and has more potential going forward.

Bell is versatile and steady but is only suited to be a backup or spot starter at this point in his career. He has good leadership qualities and can play either guard or tackle in a pinch. Bell should only be back if he’s willing to sign for the veteran minimum.

House only played three games this season in his return to Green Bay and was a liability in coverage. There is little chance he’s back next season.

Breeland managed to play in seven games for the Packers after signing with the team at midseason. He added some badly-needed big play ability to the defense, highlighted by his pick-six against Atlanta. Breeland is also a positive influence in the locker room. The Packers should try to bring him back next season if they can agree on a new contract.

Ryan may not have a role on this team if Antonio Morrison is back as the two are very similar players. The former Michigan star missed the entire season due to injury and will probably not be back.

Pleasant showed some ability but will only be brought back for an invitation to training camp if he signs for the veteran minimum.

Allison should be brought back. He was playing well before being injured. He played only five games this season but showed himself to be a reliable third receiver with some upside.
S Kentrell Brice

Brice should not be starting in the NFL. His poor coverage and tackling were often a liability for the Packers secondary. If he returns next season, it should only be to add depth.

Campbell showed some potential as a backup DB and special teams contributor. Expect the Packers to invite him back to training camp to fight for a roster spot next season.

Most of these players should all be back in training camp, fighting for roster spots. The Packers are the only team they can sign with. None of these players are starters although some showed potential.