Recap: Celtics drop extinction level event on listless Pacers, bring them back to the Hoosier Age (sometime before the Permian) 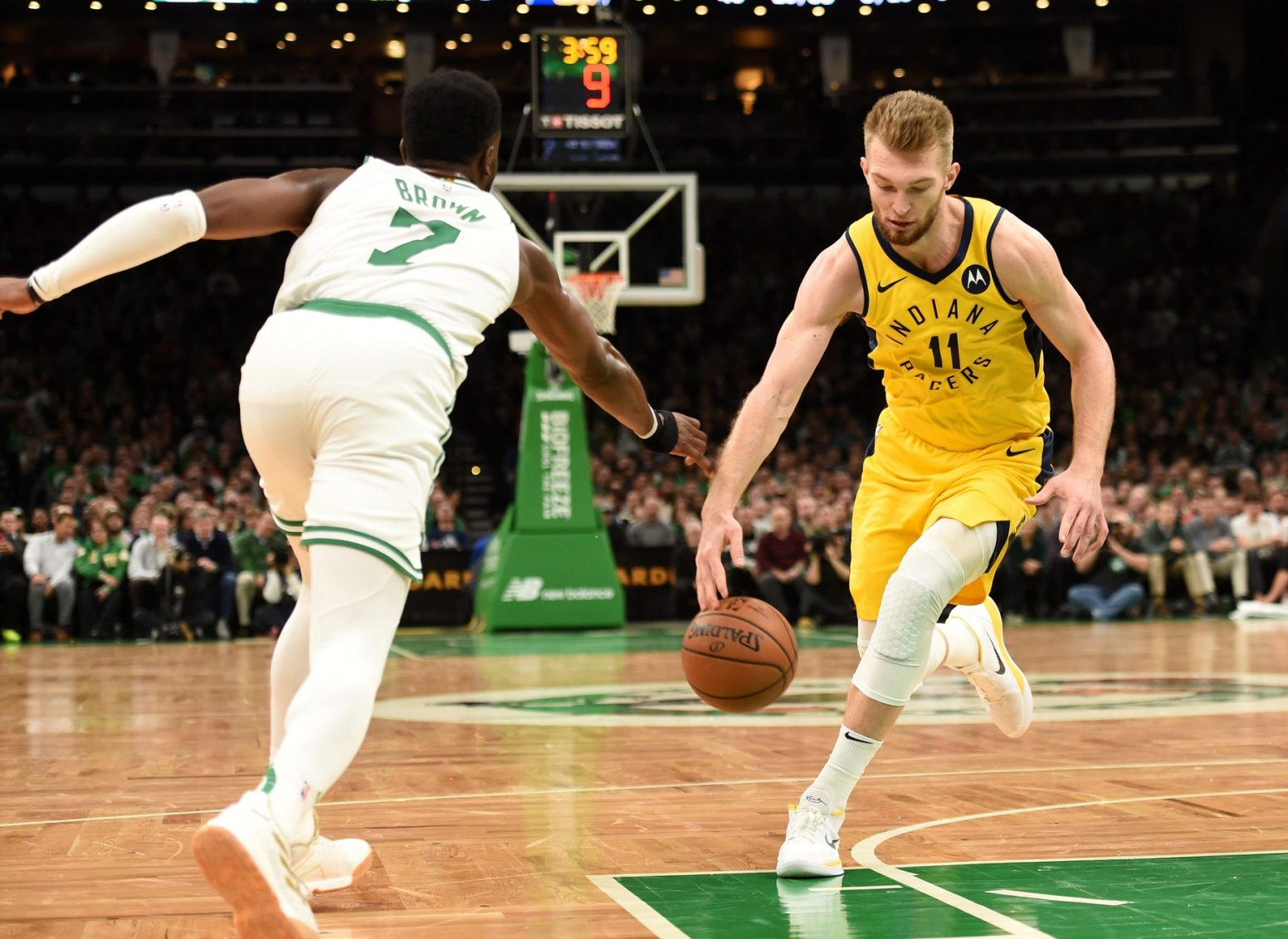 Recap: Celtics drop extinction level event on listless Pacers, bring them back to the Hoosier Age (sometime before the Permian)

IN A NUTSHELL
Sometimes surprises are great, like finding $20 on the street, or free whiskey. Others times they suck, like cancer, or falling from an eroding cliff to a splattery death. Or, say, the Indiana Pacers holding third in the East despite the surprise sheen of Victor Oladipo having worn off and Nate McMillan’s coaching acumen beginning to show its limitations. (‘Dipo’s weeks-long injury absence hardly fazed the team, too.) Short version: The Boston Celtics would have their hands full for this game.

Or so I thought. Instead, despite showing some wherewithal early on, Indiana never led in this contest, and were down by as many as 30 on multiple occasions. Behind monster performances by Jaylen Brown, Marcus Morris and Jayson Tatum, as well as smooth passing from Al Horford (and the whole team, but he had 8 of his own), tenacity from Daniel Theis and dead-eye shooting from Terry Rozier and Gordon Hayward, Boston won their fourth straight, 135-108. Gene Hackman ain’t walkin’ through that door.

WHAT WENT RIGHT
The Celtics and Pacers are well-matched in many ways. I’d argue that they’re slightly distorted mirror images of each other. I don’t have the time to break down every similarity, but consider that Domantas Sabonis and Myles Turner have notable similarities to Al Horford and Mook as versatile bigs; Oladipo is the gunner who stewards the team like Kyrie; they have their own pale-rider sniper in Bojan Bogdanovic and so on (No, I am not saying Bogdanovic’s will ever be anywhere near what peak Hayward has been and perhaps can still can be; just want that to be clear because people seem to get touchy about things I say regarding the wh—Hayward sometimes.)

Nevertheless, Boston showed an immense advantage in paint scoring (34 points to 20) during the first half, a welcome and somewhat surprising development given Indiana’s intense physicality and estimable abilities in the painted area. They took fewer threes than usual because they didn’t have to, and still built leads as great as 20. In fairness, Indiana was on the second night of a back to back, though it was only putrid Cleveland they faced, but the advantage continued through the last two frames when Boston switched over to more jump-shooting offense.

In an undoubtedly encouraging performance (for him and for fans), Jaylen Brown scored 22 points on hyperefficient shooting, more than half of them in the first half when the game wasn’t a foregone conclusion. Mook Morris matched him in points and Tatum wasn’t far behind with 20. But this game was a team win in every sense of the word, with 70 of the Celtics’ 135 points coming from the reserves. The whole team was on offensively and took total advantage of the Pacers’ tiredness defensively. All in all, everyone was in sync up and down the roster to make a statement against a tough Eastern Conference foe. There may be no better evidence of that than the assist rate: 32 tonight, making this the 5th straight game of 30-plus dimes.

WHAT THE HELL
Lotta weird calls against both sides:

Kyrie with the steal and nearly seamless overhead pass to Brown for an easy layup on the other end:

Irving grabs the steal and finds Brown who finishes with a smooth layup on the break! pic.twitter.com/TPUn9Asf0B

Jayson Tatum leaves his defenders in the dust in tonight's @JetBlue Play of the Game! pic.twitter.com/RATuXz8oIT