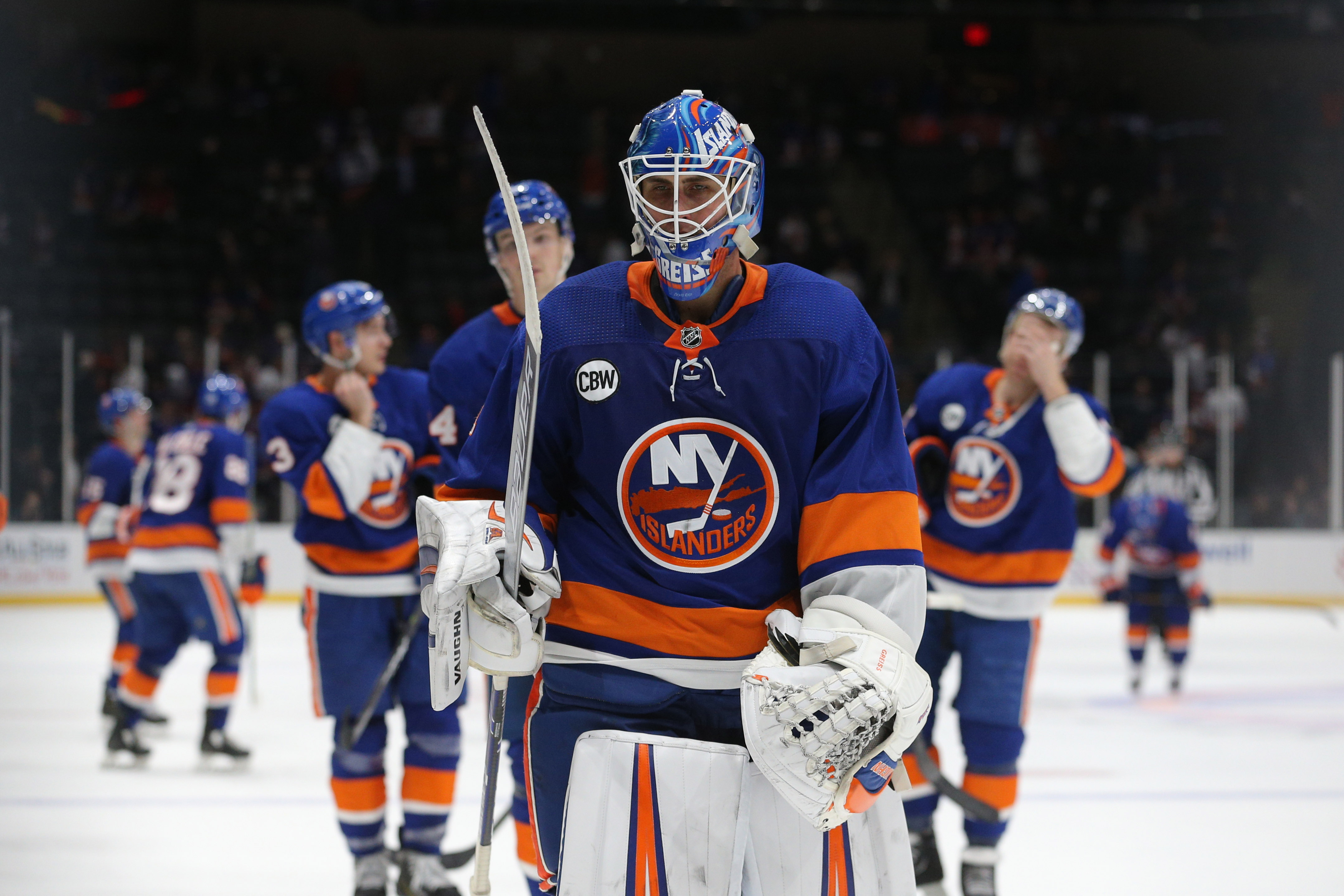 UNIONDALE, N.Y. — The Islanders had their six-game winning streak snapped on Tuesday by the Carolina Hurricanes in a 4-3 loss at Nassau Coliseum. Here are three takeaways from the game:

The Islanders made the decision to send Josh Ho-Sang back down to Bridgeport prior to their game against Carolina. It came as a surprise to many considering how well the 22-year-old had played on this most recent NHL stint.

New York needed to make a roster move with Valtteri Filppula returning to the lineup, but Ho-Sang had a goal and an assist in 10 games. However, Islanders coach Barry Trotz indicated that Ho-Sang still needed some work.

“He’s playing on a top line, a goal and an assist, you’re going to need more production than that,” Trotz said. “Some of the details in his game (slipped) say in the last five games. We had a few talks and he didn’t clean them up. He’ll work on it in Bridgeport.”

Still, the analytics have shown that Ho-sang has been having a positive impact on the Islanders since his call up and there were other options for them to make space on the roster. That’s compounded with the fact that Filppula and Leo Komorav played one of their worst games this season.

And now he'll be back to (presumably) making everyone better in the AHL.

A positive from the loss was the play of Michael Dal Colle and Devon Toews. The former played one of his best games in this recent NHL stint against the Hurricanes and the former picked up his second NHL goal.

Trotz did compliment Dal Colle’s performance, even some people didn’t take it as much of one.

“Michael has probably been one of the more consistent guys,” Trotz said. “I thought he was the best guy on his line tonight. He was on pucks. He was getting a couple of almost looks. He was on the right side of the puck. He was working”

Islanders fall 4-3 to Hurricanes as winning streak gets snapped

Dal Colle did have an impressive display of speed and skill in the first period, and nearly found the back of the net. Still, on a line that struggled immensely against Carolina, it was had for him to not be the best player on his line.

In fact, it was Komarov’s unnecessary penalty late in the game that allowed Carolina to take a two-goal lead.

3. Greiss played because he plays well against Carolina

It’s no secret that Thomas Greiss has played well against the Hurricanes, and that’s exactly why Trotz gave him the nod as the Isles went for their seventh straight win.

“Greisser stole a couple games from Carolina with his play,” Trotz said. “He hadn’t played for a while. I thought it was time and go from there. Robin has played the last six or seven. We have a number of games and we’re going to need both goalies here.”