Recap: Celtics travel to Miami to suffer humiliating beatdown; should consider picking up some antibiotics 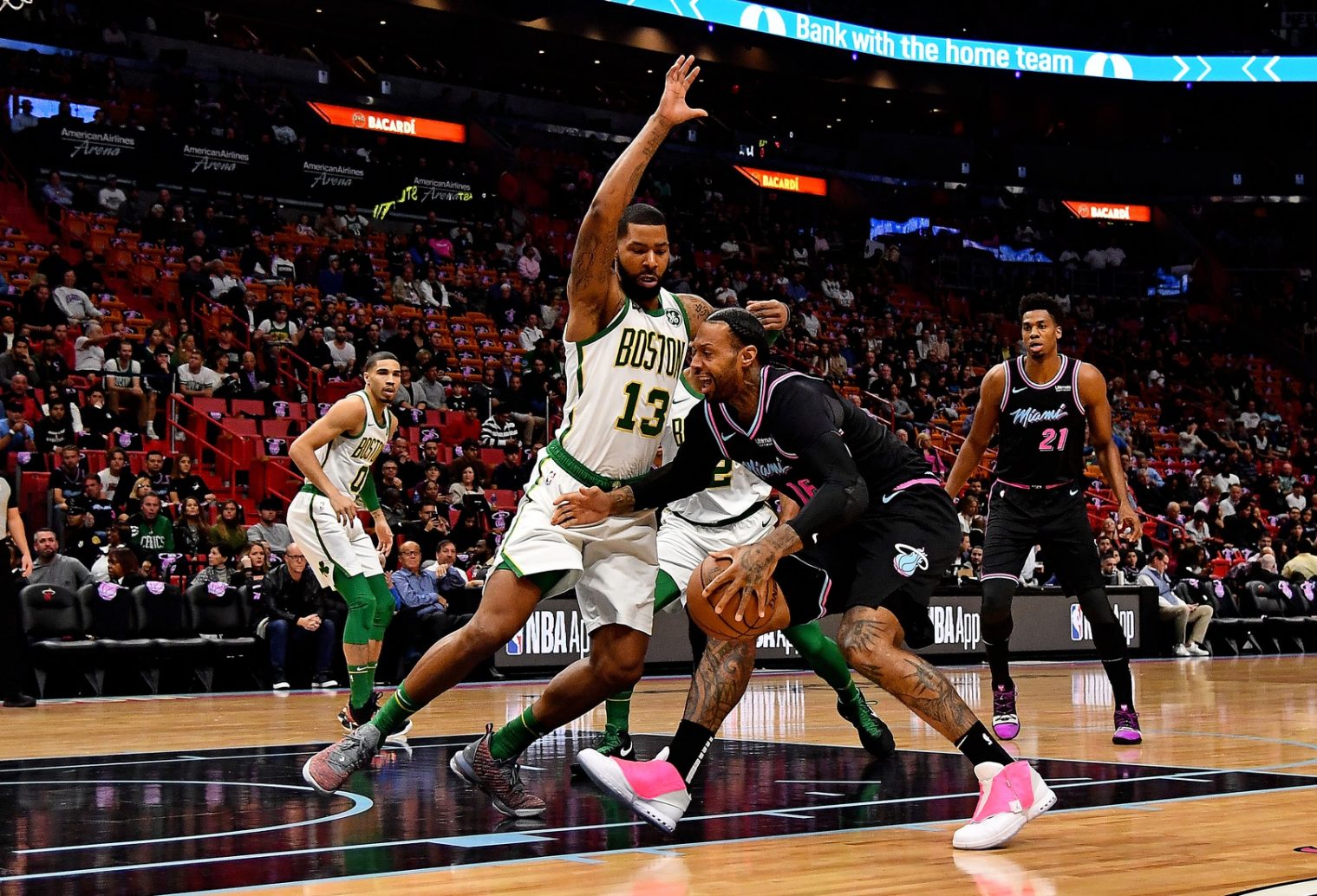 Recap: Celtics travel to Miami to suffer humiliating beatdown; should consider picking up some antibiotics

IN A NUTSHELL
I’ve written enough about my distaste for the Miami Heat and will not rehash that here. Even if the return of Dion Waiters, a player whose completely unearned swagger and self-deception drives me into fits of apoplexy, really makes me want to, I won’t repeat myself about that. I promise. More importantly: The Boston Celtics had a winning streak on the line, and the Heat, for all their injury upheaval and hard-to-watch (but crudely effective) brand of basketball were the sort of team that could end it.

Which is exactly what they did. In fairly grotesque and embarrassing fashion, at that. After a close dogfight of a first quarter-and-a-half, Miami hit the ground running with a tough old-school type game, led by the astounding Josh Richardson, converted point guard Justise Winslow and some asshole who’s married to Gabrielle Union, I think. Despite a valiant attempt in the third quarter, Boston had little to no chance for a lot of this contest, and have no one but themselves—not the back-to-back, not the travel—for this 99-115 loss.

WHAT WENT WRONG
No team coached by Erik Spoelstra ever fails to play hard aside from individual loafers (namely, Whiteside and Waiters, and even them only periodically), so Miami did well keeping Boston from scoring in the paint and claimed that area for themselves on their end.

This Kyrie Irving/Rob Williams action pleases me due to its ignorance of particle physics and the way in which quasar materials power it:

(P.S. If you don’t get the joke in the headline, your loss.)