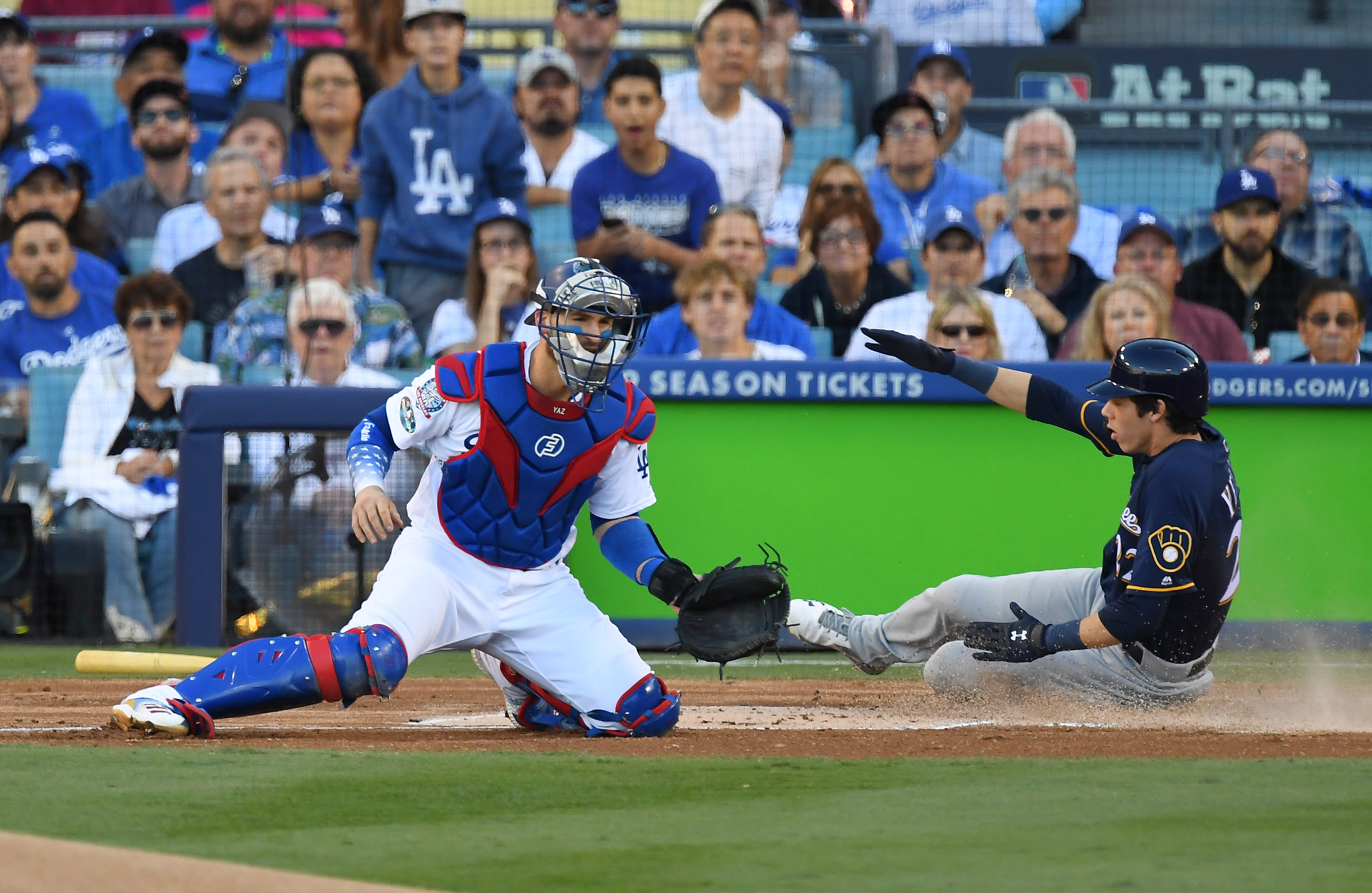 In hindsight, catcher Yasmani Grandal probably wishes he gave more thought to the New York Mets’ reported offer of four years and at least $50 million earlier this winter, but his loss is the Milwaukee Brewers’ gain.

The best available free-agent backstop is will soon officially be off the market (after he passes his physical) for a deal that is rumored to be one year at $18.25 million. The Brewers being Grandal’s eventual landing spot would’ve been foolish to think at the outset of winter based off the deal he was searching for. However, this was an area of their roster where they could’ve used a major upgrade, and they got it on the terms they’re comfortable with.

It’s well known that Grandal was the best overall catching option in the free-agent market. How much better was he than the Brewers’ crop of catchers last season, though?

Quite a bit better.

Milwaukee ran a group of four players behind the plate in 2018, with the majority of playing time taken up by Manny Pina and Erik Kratz. Here’s how this group’s overall production compared to Grandal.

While Milwaukee’s cumulative catcher fWAR ranked among the bottom-third of baseball, only J.T. Realmuto‘s 4.8 fWAR was better than the Brewers’ new catcher.

Grandal’s work behind the plate will also give his new team a boost — even though they were already pretty good in that area. Both Pina and Kratz were among baseball’s top-20 framers in 2018. That number is now three thanks to adding the backstop who led the league in this category. Grandal has also accumulated 39 Defensive Runs Saved over the last three seasons (which spans nearly 3,000 innings).

Bringing in a switch-hitting catcher continues to keep the Brewers’ offense balanced. And clearly, it was Grandal’s work from the left-handed batter’s box that caught the eye of general manager David Stearns.

Grandal is a switch-hitter who does most of his damage hitting left-handed.

Why is this important? Well, Miller Park has been a decent place for offense over the years, but it’s a paradise for hitters who dig in from the left side. Milwaukee’s home park was the fourth-best place for left-handed batters to hit with regard to launching home runs, according to Baseball Prospectus’ park factors by handedness.

This also isn’t the first time the current front-office regime has targeted specific left-handed hitters. We saw it a couple seasons ago when they traded for Travis Shaw, who has put together consecutive 30-homer campaigns since joining the organization. We saw it happen last winter when they acquired Christian Yelich, who doubled his 2017 homer production (36 dingers in ’18) en route to winning the National League MVP.

Milwaukee knows what works best in its ballpark and they have continually found players to help them exploit that strength. After launching 218 homers last season (second-most in NL), Bernie Brewer is probably going to be busy again in 2019.

A Lot of Money, But Lots of Flexibility

There’s no way around it — locking up more than $18 million for a catcher is a ton of money. Grandal’s salary will make him the second-highest paid Brewer (behind only Ryan Braun) and the fourth-highest paid catcher in baseball, according to Spotrac.

If there’s any team that could swing this, though, it’s the Brewers. Before this deal becomes official, they have just over $80 million committed to the 2019 squad at the moment, which ranks in the bottom half of the league. Milwaukee’s payroll usually ends up around this area, but last year’s payroll settled in at about $108 million.

While we still need to wait and see how a handful of their arbitration cases shake out (like with Shaw, Corey Knebel, and Zach Davies), the Brewers have some cash to spend. Grandal takes up a huge chunk of that, but he’s a win-now kind of player for a win-now kind of team, and committing just one year makes that guarantee a lot easier to swallow.

This still gives them flexibility to upgrade other areas of need, like at second base and in the starting rotation. With Spring Training about a month away, it’s becoming increasingly likely that they could nab an available second baseman on a similarly short deal, which they’re in the process of pursuing, it seems.

The Brewers’ window of contention is right now, and although they’re taking some risks with their roster, they’re calculated ones the organization is comfortable with.