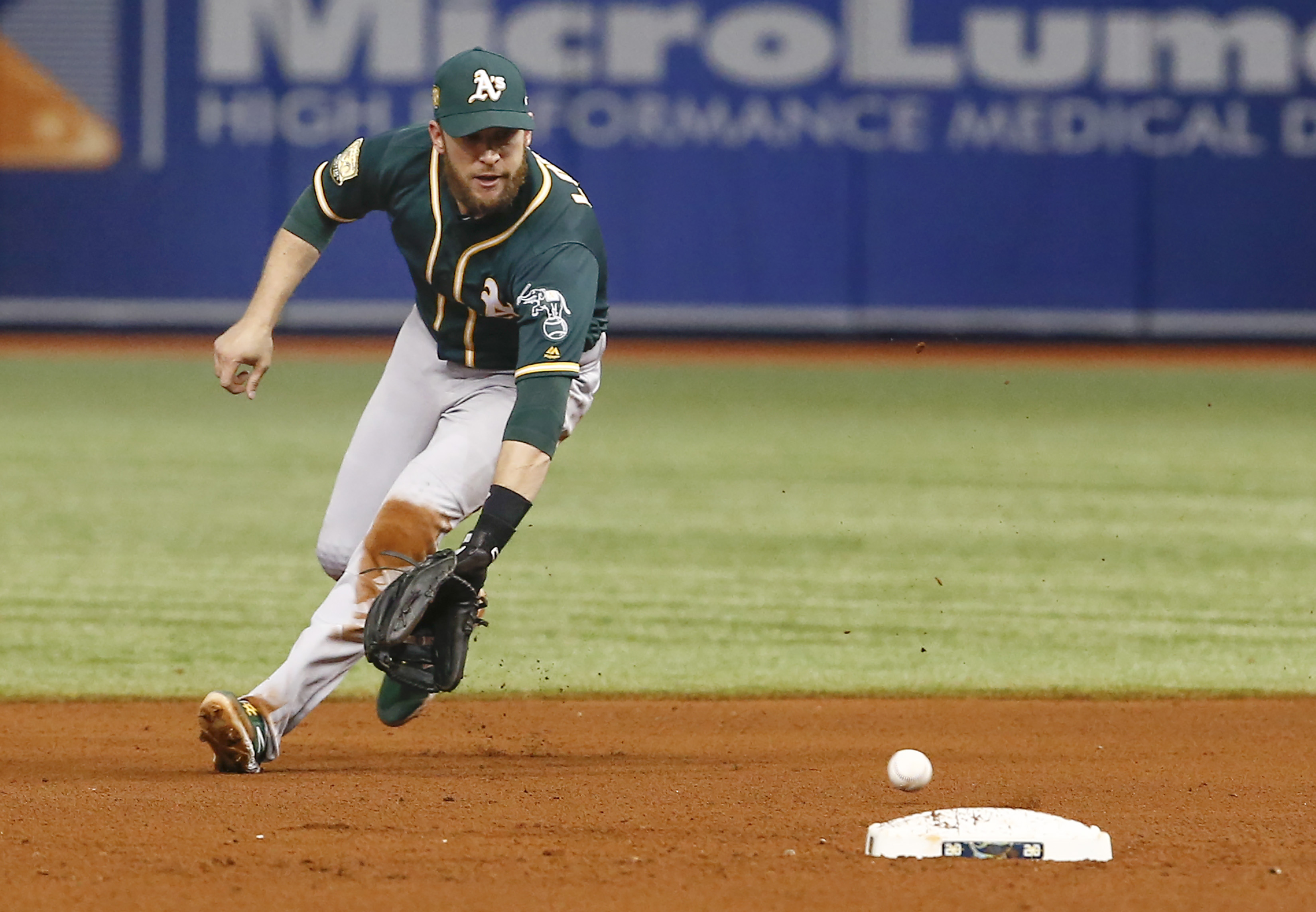 Let’s get one thing straight right off the bat: I like the Jed Lowrie signing. I’m a proponent of “sign talent, worry about where they fall on the depth chart later.” For a team that has been as deep as flash paper the past few seasons, signing Lowrie when second, third, and short is pretty well set for the Mets flies in the face of conventional Mets wisdom, and anything that flies in the face of anything conventional that the Mets have done is a good thing. To quote a friend of mine: “Having legitimate major leaguers as backups is a good thing.” And the one thing I really love the most is that there’s another player on the roster who is adept at shortstop besides Amed Rosario.

There’s one thing that I keep going back to, and that’s the fact that Lowrie is a legitimate major league starter. I find it incredible that a guy that had his best season at age 34 would sign with a team to be a backup. So he must know that he’s going to get a lot of time. But where? The easiest answer as of now would be to push Todd Frazier to first base. But what of when Peter Alonso comes up? And remember that Brodie loves Alonso and he might not let him get the Dominic Smith treatment (which I’m sure will include a trade at some point soon). When Alonso comes up, there’s not going to be enough time for a quality major leaguer, whether it’s Lowrie, Frazier, or Jeff McNeil who earned his playing time last season. (McNeil is so low on the depth chart that Jacques Cousteau is begging him to come up for air.)

The Mets could absolutely keep everybody, even Dom Smith, and have a deep infield which includes multiple middle infielders, something the Mets sorely lacked last year as they filled their club with plodding corner outfielders and first basemen. So just keeping the club the way it is is an improvement over what it was last year, purely in roster construction. But my Spidey senses are tingling on this one. Maybe nothing gets done right away. The time until the Super Two deadline when Alonso is eligible to come up without losing an extra year is plenty of time to see if one of the infielders is slumps, gets injured, or retires to join the circus.

Or the Mets could decide that they could use some of this surplus to create some needed depth at another position, say … starting pitching? Who’s to say Todd Frazier wouldn’t be traded to shore up the back of the rotation and create some depth there? Andrew Cashner, for example, has a very similar contract in cash to Frazier for 2019. The only difference is that Cashner has a team option for 2020 which becomes a vesting option if Cashner pitches 187 innings (and a player option if Cashner pitches 207.) If Cashner is the fifth starter or a swingman, there’s no way he pitches 187 innings. And if you’re worried about Cashner’s stats, two things: First, Cashner will lose at least a run off his ERA getting out of Oriole Park and the A.L. East. Second, Frazier isn’t exactly Babe Ruth.

It’s still a murky mystery, but point is: the Mets have solutions now. Let’s see if they use one.