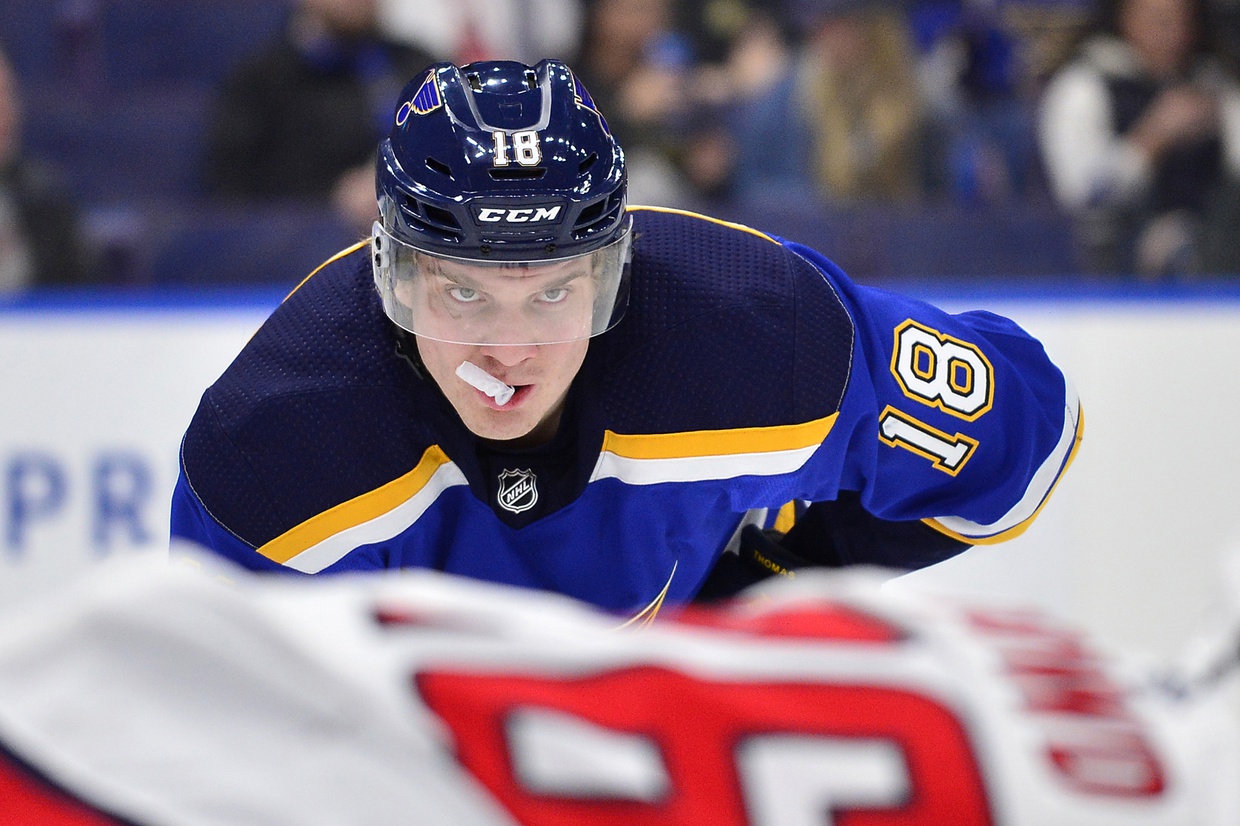 Robert Thomas landed on injured reserve after suffering an upper-body injury against the Montreal Canadiens. Thomas fell hard into the boards and won’t be with the Blues during their upcoming road trip. While there’s never a good time for an injury, this one is particularly sad due to how Thomas was starting to fit in with the team.

Thomas’ 2018-19 has been a bit of a mixed bag. He started relatively slow as he tried to find his footing both with the Blues and in the NHL as a whole. As time wore on, Thomas started showing more confidence. He started carrying the puck more efficiently and was quickly picking up on the speed of the NHL.

Statistically, things have been improving as Thomas has played. He started with just one goal in his first 19 games. He then scored four times over his next 18 games, two of which have come in his last five games.

One of the most impressive things Thomas showed recently didn’t even result in a goal. Skating against the Philadelphia Flyers, the Blues lost the puck near the Flyers’ blue line. As the Flyers pushed through the neutral zone and tried to enter the Blues’ zone, Thomas rushed back along the near boards and stripped the puck. He then skated along the Blues’ blue line before turning the puck back up the ice. He sped past the Flyers and made it deep into the offensive zone, generating a strong offensive chance. It was a beautiful sequence.

Robert Thomas shows glimpses of brilliance. String together some consistency and watch out. #stlblues

And that’s what makes this injury so disappointing. Thomas was starting to show those glimpses of brilliance a bit more often. He was making the most of his playing time and the coaches were starting to use him in more key situations. Things were on the up and up … and then the crash into the boards happened.

With a little luck, Thomas will be back in the near future and will pick up right where he left off.