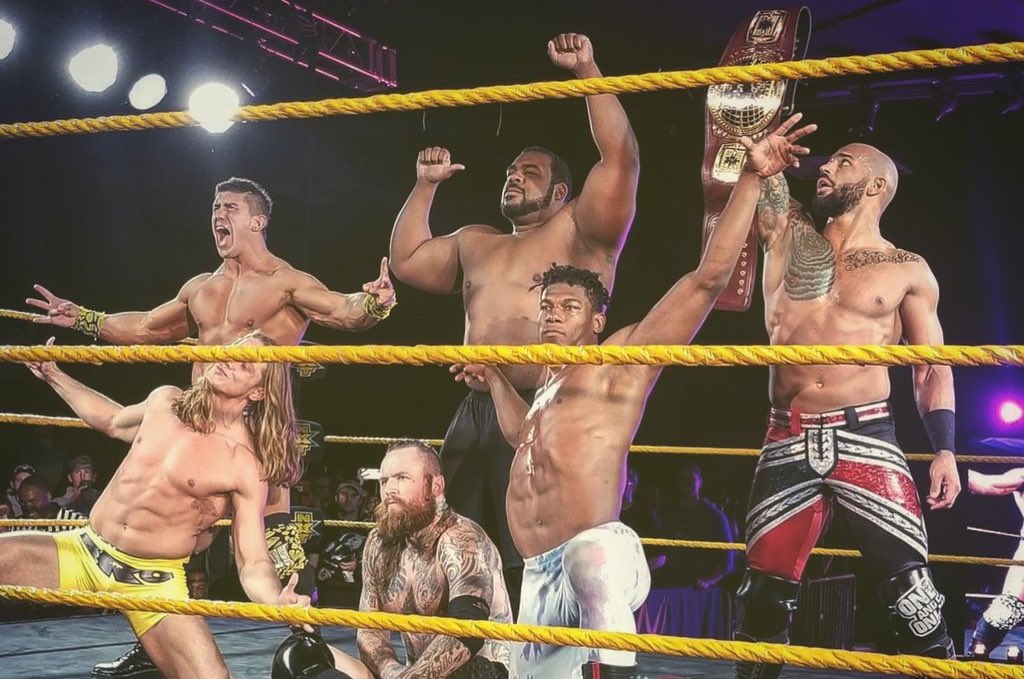 Before the end of 2018, The McMahon family promised to “shake things up” on WWE TV in the new year, and so far the company has made several moves to bring a fresh look to Raw and Smackdown Live this year.

In addition to changes being made with current WWE main roster talents, the company has promised more roster changes in the form of debuting NXT talents on the main roster in the coming weeks and months.

.@LaceyEvansWWE is going to stand out on #RAW 🔴 or #SDLive 🔵, and she doesn't need ANYONE'S support to do so. #WWENXT pic.twitter.com/w17ymMTKRM

According to a new report from PWInsider, top NXT stars Lacey Evans, EC3, Heavy Machinery and Nikki Cross are all expected to be backstage at the WWE TV tapings next week. It has not yet been confirmed if any of the talents will be making their main roster debuts on either Monday or Tuesday night, but with the promise of NXT talents soon debuting on the red and blue brands, it’s very possible we could see one or more of the above talents popping up on Raw or Smackdown Live next week.

Nikki Cross is no stranger to the WWE main roster, as she has worked Smackdown live events in the past, and should she make her debut on the Smackdown Live brand next week, it’s always possible she could join her old SAnitY faction on the blue brand.

.@therealec3 reflects on his time in #WWENXT in a bittersweet speech to the #NXTUniverse. pic.twitter.com/iQAUUQD7iu

As for EC3, Lacey Evans and Heavy Machinery, the former top NXT stars have been hyping their impending debuts on the WWE main roster, with EC3 bidding NXT farewell recently, and commenting on his time with the yellow brand, as seen in the above video.

EC3 has also been teasing which WWE brand he might end up on, as he recently Tweeted a hashtag for Raw, which cause speculation that he might end up on Monday night. He then followed the Tweet with a hashtag for Smackdown, so it appears as if the NXT talents still do not know which brand they will end up on when they finally receive the call-up from WWE officials.