The Packers Five Biggest Needs Heading into the Offseason 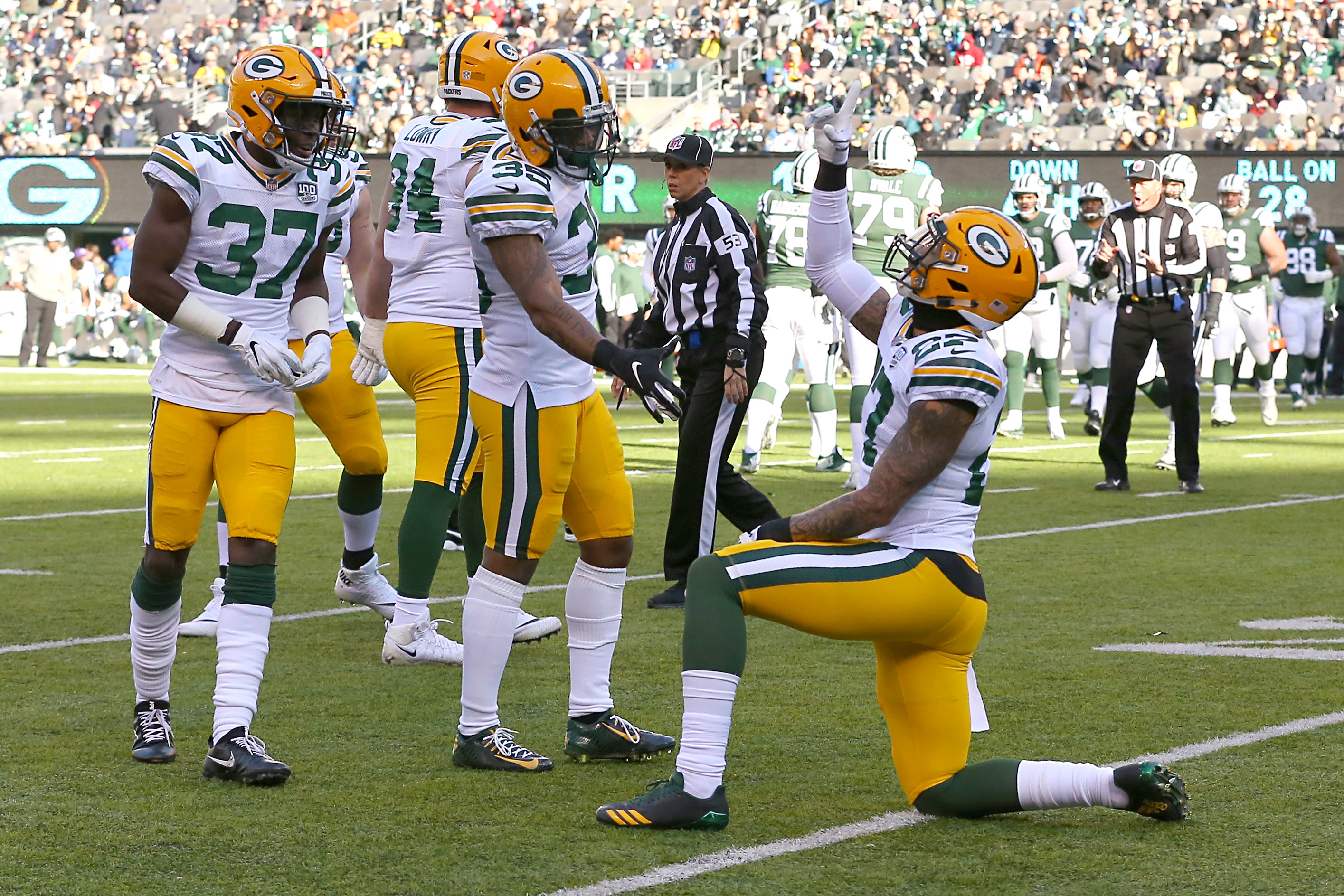 The Packers Five Biggest Needs Heading into the Offseason

The Green Bay Packers have suffered back-to-back losing seasons for the first time since 1990-91. That means changes are coming to Titletown. The Packers already hired their new coach in Matt LaFleur who is still in the process of putting his staff together. But the other urgent task for GM Brian Gutekunst is to improve the talent level on the roster. Here is a look at the five areas the Packers need to upgrade in order to play winning football again quickly.

The best NFL defenses always have a consistent pass rush. A dangerous edge rusher makes all the players around him on defense better because offenses must make adjustments to stop the dominant player. Look at the difference Khalil Mack made on an already talented Bears defense when they added him to the lineup just prior to the start of the season.

The Packers have not had a dominant edge rusher since Clay Matthews was in his prime. Matthews is likely headed elsewhere this offseason and is no longer able to get consistent pressure on opposing passers like he could several years ago. Nick Perry is often injured and may be let go this offseason as well. That leaves the Packers with Kyler Fackrell who improved in 2018 but is still inconsistent, and Reggie Gilbert who was not a factor during the regular season after enjoying a strong training camp.

The Packers still managed to record 44 sacks this season despite the lack of a dominant pass rusher. That is a testament to the imaginative schemes of defensive coordinator Mike Pettine, the push the defense got inside from Kenny Clark and Mike Daniels and occasionally good coverage downfield.

Adding a top-flight edge rusher would improve the Packers defense immensely and immediately. This should be the team’s top priority on defense this offseason.

The Packers traded former first-round pick Ha Ha Clinton-Dix to Washington at the trade deadline. Due to injuries and a lack of quality play at the position, Tramon Williams was moved from cornerback to safety and he did an adequate job during the second half of the season.

Kentrell Brice has not proven he can be a reliable starter. He is a liability in coverage and is not a very good tackler either.  Williams can start if needed, but at age 35, he is not the long-term answer either and is better suited to nickel or dime duty. Josh Jones has not shown he is the answer, especially in coverage.

The Pack needs to add a few players at this position. Poor safety play has hurt the defense over the past few seasons and unless an upgrade is made here, the defense will continue to struggle.

Pettine prefers to play the pass first. Expect the Pack to add at least two safeties via the draft and/or free agency with an emphasis on coverage ability.

The Packers allowed 53 sacks in 2018, tied for third worst in the league. Much of the pressure the Pack allowed came up the middle. Left guard Lane Taylor is an adequate starter when healthy although he is a better run blocker than pass protector.

Right guard was a problem area for the team all season. Justin McCray, Byron Bell and Lucas Patrick all got extensive playing time at the position, but none of them played well enough to solidify their hold on the starters spot.

The Packers need to add a starting-caliber guard via free agency and then add another interior lineman in the draft. Protecting Aaron Rodgers is vital to the Packers success and upgrading the guard position will help accomplish this goal.

The Packers have an All-Pro tackle in David Bakhtiari and a very good tackle in Bryan Bulaga. But the team lacks depth at the position and Bulaga is entering his 10th season in the league and has struggled to stay healthy in recent years.

Backup Jason Spriggs has struggled every time he’s placed in the starting lineup and has not lived up to his status as a second-round draft pick. McCray  is better suited to playing inside rather than at tackle.

Green Bay needs to add developmental players here who can step in and replace Bulaga when the time comes and players who can be inserted into the lineup when injuries hit without becoming a major liability.

Randall Cobb is unlikely to return unless he offers the Packers a large home-town discount. None of the young receivers on the team’s roster has been a good fit in the slot. Cobb’s ability to run short patterns over the middle gave Rodgers a good intermediate target and a check down. His versatility and ability to line up in various spots also helped keep defenses honest.

The Packers need somebody to take over this role and provide Rodgers with a reliable slot target. An experienced, mid-level free agent would be a great addition at this position. A minor trade could also add a reliable slot receiver who could also help mentor the Packers young receivers as they enter their second year in the NFL.